By Ali Mustaq and Valerie Milano

Los Angeles, California (The Hollywood Times) 2/8/21 – PBS’s documentary, Forgotten Genius, details Dr. Percy Julian’s story and his career as an industrial chemist. Despite enduring racism and segregation, Dr. Julian produced a number of the United States’ notable inventions and therapies. Producer Llewellyn Smith notes, “There are no books written on this man. There are a few pamphlets and [his] children. So we were able to build a film out of the research, but there’s so much material that we know we didn’t have access to.” Thus, in this piece, we hope to provide Forgotten Genius’ account of Dr. Julian. We also discuss how Smith contextualizes Dr. Julian’s career, and how racism continues to persist in education today. 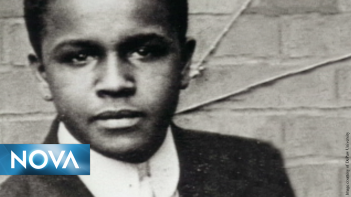 Dr. Julian’s story focuses on how he navigated structural barriers that prevent Black Americans from social mobility, and how he persevered despite these barriers. Dr. Julian’s story begins in post Jim Crow Alabama, where his father inspired Dr. Julian’s love of nature. Dr. Julian would become the first in his family to receive a college education. Because of segregation, Dr. Julian did not receive a robust education; thereby, upon entering college, he struggled to academically perform. Dr. Julian accounted for this deficit by working hard as he endured racism and segregation. After he graduated, he was denied entry into a Ph.D. program because of his skin color, and he had to leave the country to get his doctorate. Upon landing a career as faculty, he was essentially doxed by his colleagues, and he had to work to maintain his reputation. While he succeeded in research that could have saved his career, these efforts proved futile because of his skin color. Upon the painstaking process of finding work and success in his career, arsonists set his house on fire when he and his family moved to a wealthy suburb. He then started his own business, but a rival company impeded his ability to compete.

Though most of Dr. Julian’s story is set before the Civil Rights Act of 1964 was passed, there are many parallels between Dr. Julian’s America and America in 2021, in education and STEM.

First, educational segregation exists. The film demonstrates how educational inequality affected Dr. Julian’s access to opportunity. This inequality persists today. Smith suggests that “Young people, not just African-American people, just because they look another way or they didn’t go to the right school or they came from the wrong community are denied the opportunity to sort of investigate or explore these things or offer what they have to society.” In this account, Smith describes how many in Black communities have limited opportunities in today’s world. We still experience educational segregation [https://theconversation.com/what-school-segregation-looks-like-in-the-us-today-in-4-charts-120061].  Though Dr. Julian experienced legal segregation, most of today’s segregation is not legally mandated (de jure segregation), but, rather, segregation happens through self-selection (de facto segregation).  These graphs show that certain communities experience segregation. Thus, educational inequalities persist and do so because of race.

Next, Black STEM (science, technology, engineering, and mathematics) students also experience segregation in academia. In the documentary, Dr. Julian is denied teaching fellowships because the administration was uncomfortable with Black instructors teaching White students. Though he persevered and finished his doctorate, he struggled to develop a stable career in academia and had to shift to industry work. Smith says, “ If he had been allowed to do what he wanted to do, which was to teach on a college campus in a college environment, we probably wouldn’t know much more about it, but that’s not the route he went. Even though he had done such superior work as a researcher, he was denied the opportunity to find a position on the faculty to teach.” Thus, Dr. Julian faced barriers in academia despite his brilliance. Similarly, Black STEM students today also face institutional barriers in STEM education [https://www.labroots.com/trending/chemistry-and-physics/17877/black-people-stem].

While these are just some examples of how racism impacts both Dr. Julian’s career and how racism impacts people of color today, Forgotten Genius tells the story of post-slavery America as it reckons with inequality, segregation, and the 1964 Civil Rights Act. Even though the documentary focuses on how one person struggled with racism, it is important to remember that racism continues to affect all communities of color and how they navigate a number of institutions.  Smith explains, “This is the kind of racism that denies people the opportunity to excel and the opportunity to provide the services and the kind of gifts that they could provide for society. This kind of racism didn’t begin in this time and it hasn’t ended.”