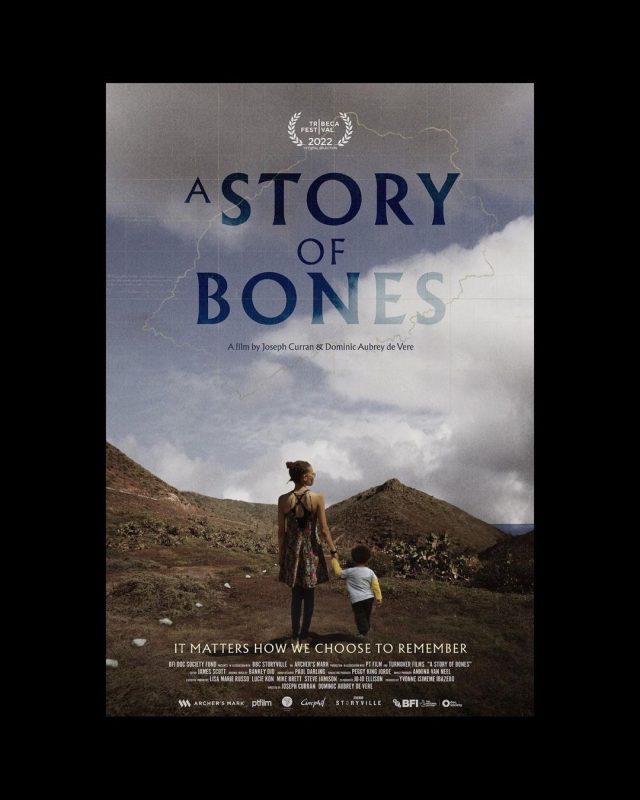 Los Angeles, CA (The Hollywood Times) 06/29/2022- The 21st Annual Tribeca Festival has officially wrapped for the year; however, you still have the chance to watch the amazing thought-provoking and influential narratives and documentaries online through July 3rd. There have been many diverse stories presented from all over the world with winners from Poland, the US, Uruguay, Germany, France, Italy, and Mexico. With so many voices coming together to share their stories and how they perceive the world, it is no surprise why Tribeca is one of the top film festivals to watch out for. Getting accepted into Tribeca can be really difficult due to the high number of submissions presented each year, however first-time filmmakers Joseph Curran and Dominic Aubrey de Vere were among the ones chosen to present their feature-length documentary “A Story of Bones”.

“We were so fortunate to be able to have our world premiere at the Tribeca Film Festival this year. To be able to share our story with such an amazing audience on this type of platform was very rewarding. Our two main actors, Annina Van Neel and Peggy King Jorde, got a double standing ovation at the end of the screening and you could feel the audience’s emotional reaction to the story throughout it. It was more than we could have asked for and I am just so thankful to have experienced it,” expressed Curran. 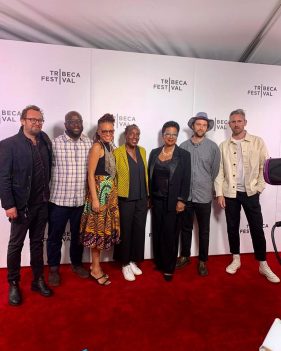 Having met while teaching filmmaking workshops in the UK, Curran and Aubrey de Vere decided that they wanted to work on a larger project and started planning for their voyage to the island of St. Helena.

“This documentary took eight years to make. When we first started out, we thought we would make it in under two years, but what we had come to realize was this story was a bit more complicated than what we thought. We went to the island of St. Helena to document the construction of the first airport that the British Government was financing on the island. We were looking into what the islanders thought of this new airport and if this was going to be a positive experience for them. However, as we were talking to the locals, we kept hearing a rumor about unearthed bones that were found on the excavation site and how they were being stored in pizza boxes in a wing of the prison. We found out that this wasn’t completely true because the bones found were put into archaeological boxes, but it led to more questions that needed to be answered. When we inquired more, the locals kept telling us to talk to the chief environmental officer, Annina Van Neel who was in charge of running the excavation and handling the bones that were unearthed. We immediately sought out Annina who was very desperate to get this story told and that is how this story came to be,” explained Aubrey de Vere.

Curran and Aubrey de Vere ran into a couple of problems along the way when trying to make this documentary. The island is run by the British Government and if they believe something needs to be stopped then there is no hesitation to make it cease and desist. Fortunately, this did not happen, but they did complicate things for these filmmakers.

“We did have some problems with not being allowed access to certain places and people of influence. The island is 77% run by the British Government so if they want to shut something down than that’s how it intends to work. The issues we found were more geared to closed doors and less with lack of communication. The government was very persistent on letting us know that there was nothing to worry about and that everything was just fine. So, it was definitely a lot of gaslighting going on. We do anticipate that this will get worse as this documentary starts to get more momentum at different film festivals and on the BBC Network, however it is a story that needs to be told and we intend to tell it,” said Curran.

Another problem that they faced while filming was the unfortunate event of COVID interrupting their plans and finding themselves stuck on St. Helena unexpectedly.

“We left the UK on March 7,2020,” explained Curran. “Then a week later the UK was put on lock down so we were stuck on St. Helena with absolutely no idea how or when we could get off. It was a crazy experience. No one knew what was going on and it was frightening to be so far away from your friends and family with no way to help them or even reach them.”

“When we were on the island during the whole COVID scare, the island was pretty much just going by their business as usual. So, it was strange to be in touch with family and friends back home who were being put through this extraordinary situation and still be going on like normal,” explained Aubrey de Vere.

As mentioned before, “A Story of Bones” will be shown on BBC Storyville and will be having its UK Premiere at the Sheffield Doc Fest 2022. Partners with Archer’s Mark and BFI Doc Society, Curran and Aubrey de Vere are very honored to be connected with these two amazing companies and hope that they will be able to help spread this story far and wide.

“We are so honored to be bring Annina and Peggy’s story to audiences worldwide. We hope their message gets received and change occurs because of it. It’s time to share these compelling stories that are in urgent need of a spotlight and we are honored to be the catalyst for this change,” expressed Curran and Aubrey de Vere.