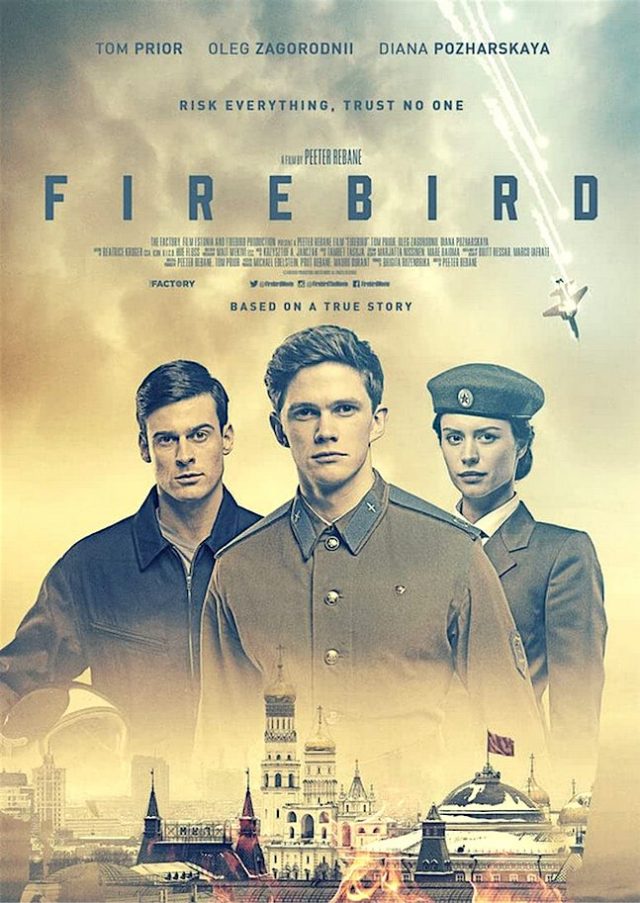 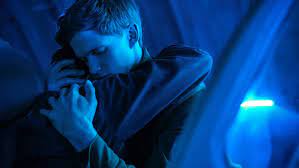 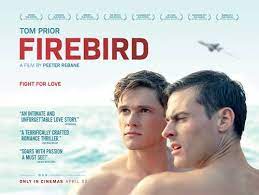 Based on a true account of The Story of Roman by Sergey Fetisov, Firebird tells the story of a dangerous love triangle that takes shape between a young private, a female secretary, and a dashing fighter pilot during the Cold War in the 1980s. Sergey (Tom Prior) is a young private stationed on the Soviet Air Force base in Estonia awaiting the final days of his military service alongside Luisa, the secretary to the base Commander. When a handsome fighter pilot Roman arrives at the base, they both set their eyes on him. The first half of the story takes place at a Soviet Air Force base in Estonia which was then still part of the U.S.S.R. at a time when nuclear tensions between the USSR and the United States were at their height. When a maverick fighter pilot, Roman (Oleg Zagorodnii) arrives at the base. Sergey is forced to deal with his attraction to the man. Driven by curiosity, Sergey and Roman navigate the precarious line between love and friendship – as a dangerous love triangle forms between them and Luisa (Diana Pozharskaya), the secretary to the base commander Colonel Kuznetsov (Nicholas Woodeson). Sergey is forced to face his past as Roman’s career is endangered and Luisa struggles to keep her family together. As the walls close in, they risk their freedom and their lives in the face of an escalating KGB investigation and the fear of the all-seeing Soviet regime. 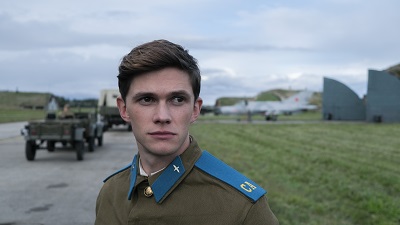 Fresh out of flight school, Roman is desperate to prove himself. Sergey is assigned to introduce Roman to the base. They quickly discover their mutual interest for photography and theatre. Sergey fights his conflicting feelings and debates whether to pursue a friendship with Roman while Luisa finds herself increasingly attracted to the charming newcomer. But Roman’s arrival has also not been missed by KGB Major Zverev (Margus Prangel) who monitors all personnel for suspicious behavior. On a routine trip to the Regional HQ, Roman impulsively takes Sergey to his first ballet performance, Stravinsky’s magical tale The Firebird. On their return journey, Sergey confesses that he always wanted to be an actor, but dismisses it as a silly dream. Roman disagrees, encouraging him to follow his passion. They narrowly escape being caught by border guards as Roman spontaneously kisses Sergey. Roman and Sergey embark on a secret love affair. 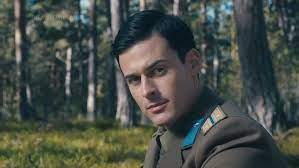 Sergey now has to conceal his feelings in front of Luisa as the three of them continue to bond. Meanwhile, KGB Major Zverev receives an anonymous report implying Roman has been engaging in immoral conduct with an unnamed private. Kuznetsov and Zverev demand the private’s name and give Roman a stern warning that a sexual relationship with a man will earn him five years in a hard-labor camp and end his career as a fighter pilot forever. Roman denies everything, but ends their relationship immediately. Sergey leaves the base with a broken heart. One year later, Sergey has settled in Moscow to pursue his career as an actor. His world is once again turned upside down with the arrival of Luisa, who tells him that she and Roman are to be married. Tormented and unable to tell Luisa about his previous affair with Roman, he dutifully attends the wedding. When they meet again, Roman denies any feelings at first, but his guard finally breaks down. Sergey believes that they can still live a secret life together in Moscow. Roman then reveals that Luisa is pregnant. 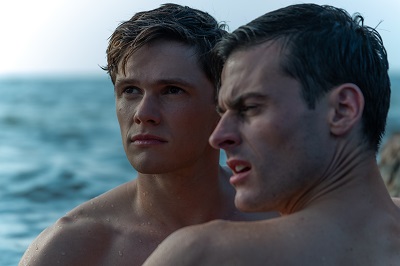 Three years pass as Sergey moves on with his life, flourishing in his theatre studies. Meanwhile, Roman attempts to come to terms with his role as a father, husband and officer. But lurking in the background is the unacknowledged desire to be together. The third act of this story does not end happily but a stern reminder of what life was like in Leonid Brezhnev’s Soviet Union in the 1980s when the USSR decided to invade Afghanistan. It is a tragic love story and beautifully told. Rebane recalls, “I didn’t set out to make a political film, I wanted to tell the story of three people, living their lives in an authoritarian, hostile society, trying to find love despite having the odds stacked against them.” As well as the love story, Rebane and Prior wanted to capture what it was like to live in an age of paranoia. “It wasn’t just about the KGB,” said Prior. “It was also the fear generated by those living around you –your neighbors and friends.” This atmosphere heightened the drama of Roman and Sergey’s love story. “Their love was a massive risk, which is why when they accept their love it becomes so encompassing, and it’s also why it all starts to go so wrong – it’s a tragic love story.” 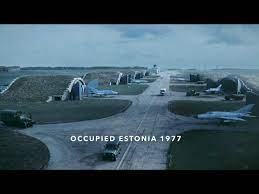 Director Peeter Rebane assembled an international cast for Firebird, starring Tom Prior (fresh from The Theory of Everything, and found a young Ukrainian theater and television actor Oleg Zagorodnii to play the fighter pilot Roman. Diana Pozharskaya who plays Luisa is a Russian dancer and actress who has appeared in Russian and Finnish films and television. Both Zagorodnii and Pozharskaya were both trained at Russian acting schools where they learned how to project emotion with greater intensity than is different from that provided by Hollywood acting coaches. Rebane brought in dialect coach Catherine Charlton to work with the actors in honing accents to be authentic to the period.  “We had four different language bases on set, so we had to find a common ground that would sound natural and truthful,” said Rebane. The film crew was equally international in scope and talent. 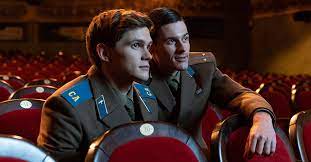 Director Peeter Rebane was born in Estonia but studied and worked in the USA and UK, making documentaries and music videos for major music performing artists. He is a graduate of Harvard University and studied directing at USC. He knew Brigita Rozenbrika as a Latvian movie producer. She first read Peeter Rebane’s script for Firebird, which she liked because “it took me back to that world when you had to hide your thoughts from the world for fear of being arrested . . . or worse.” For her it was, “a human story about freedom.” Rebane began working on the script with actor Tom Prior in 2014. “We worked extremely well together, but we brought different skills to the project,” said Rebane. “My strengths are more analytical, whereas Tom’s are rooted in feeling the truth of the moment. It was a perfect collaboration; we could develop the story so that it felt honest.” The central challenge was being truthful to the historical events and respectful of Sergey’s memories, while also crafting a film that was universally understood and relevant to audiences today. Rebane and Prior were fortunate enough to interview Fetisov before his death in 2017. “We had eleven hours of audio recordings that we used to inform the finer details of the performances,” said Rebane. They truly wanted to do justice to Sergey’s true story. 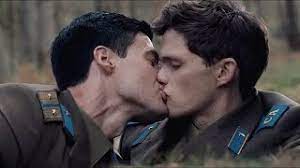 At the close of the film on a darkened screen, Rebane provides this simple comment on the state of human rights in the former Soviet Union: “Article 121 was annulled in 1993. In 2013, Russia instituted new laws banning ‘homosexual propaganda.’” What the future of human rights and LGBTQ rights will be in Putin’s Russia is a great concern.