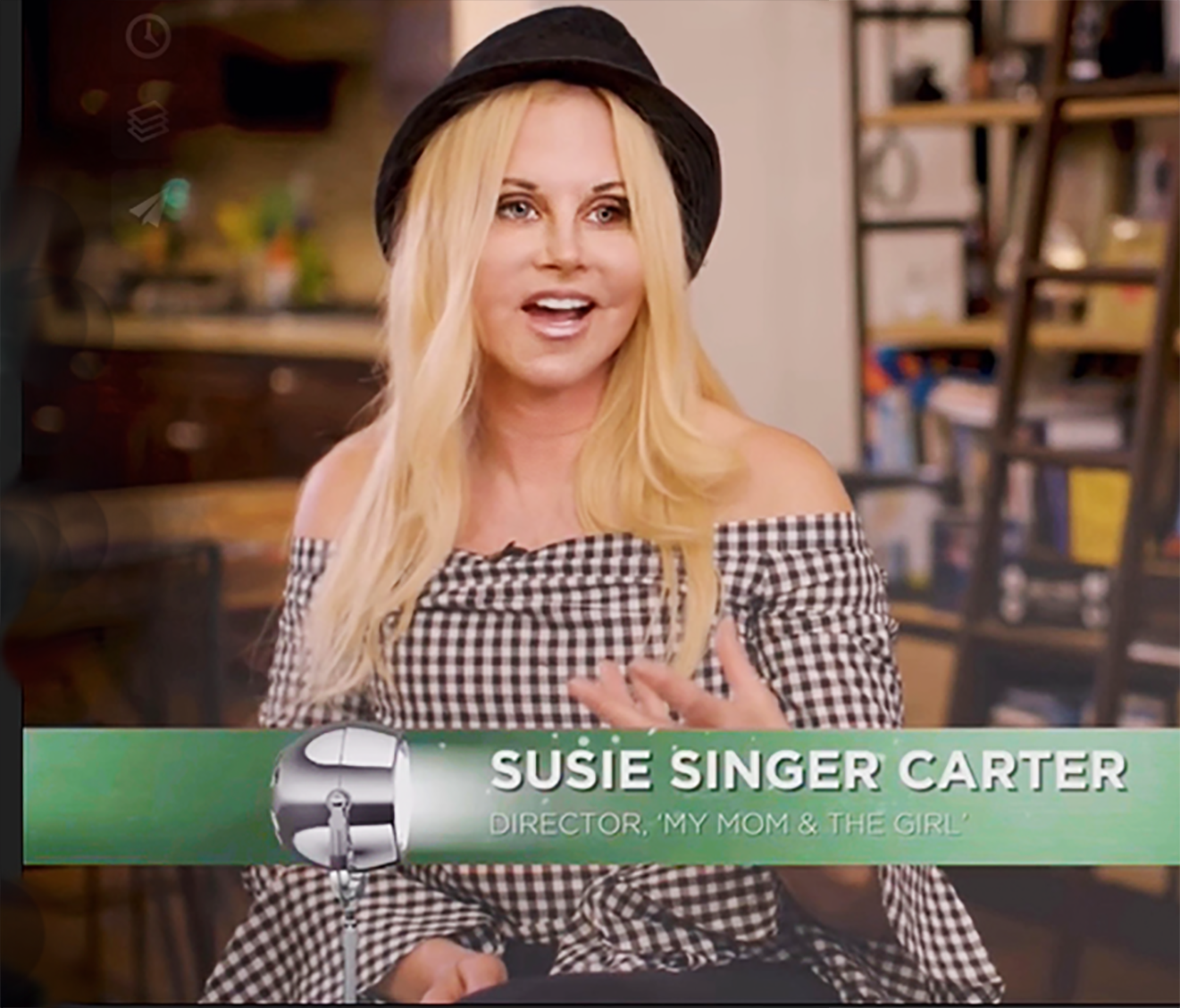 What didn’t I learn?! It was an opportunity of a lifetime. Working on two shows in different formats (reality and scripted) at the same time was literally a crash course in TV production. Because CBS’s budget was minimal, I wore many hats which gave me hands-on experience that would normally take years to get. I learned that I actually work best under pressure. I discovered I loved directing. I wore a permanent smile every day.

What do you enjoy most about the entertainment business?

The realization of a seed of an idea is an incredible high. One day you’re running a hazy thought past a colleague and then cut to sharing that now crystalized idea with audiences all around the globe. Connecting with people you may never meet face to face. It’s magical.

Tell us about, “SURVIVING HAWKING,” written, produced, and directed by Susie (partner, Don Priess) and starring Bryan Cranston (BREAKING BAD) and Adam Brody (THE O.C.). What intrigued you about the project?

After I wrote Bratz for Lionsgate, David Madden (President of Fox Television at the time) called me in to discuss writing a female-driven primetime animated series to fulfill a mandate for Fox. Something along the lines of Mean Girls. I came back with three different concepts that I loved. All of which the network said were “too female”. Uh huh. So, I pulled in my best friend, Don, to help me with the male quotient (which I learned included monkeys, poop, and penises) and “Surviving Hawking” was born. The network loved it – monkeys, poop, penises, and all. I managed to sneak a few girls into the story. Baby steps.

FYI – animation is a blast. Most Actors are happy to accept the offer. (It’s in and out. In your sweats. No makeup. Ahhhh.) And yes, Bryan and Adam…they are all that.

How have you grown as a Writer? What is your advice for aspiring Writers?

I hope so. I kinda think if you grow as a person, you can’t help growing as a Writer.

The longer you live, the more experiences and understanding you have which are fodder for your work. Your life’s experiences become your personal, proprietary arsenal that enriches your stories. They are what set you apart from other writers and help you connect with the audience. Every experience – good and bad – is a gift. Lean in. Embrace them. Share them. They are powerful.

The film, “my Mom and the Girl,” was Oscar Qualified and won many awards from film festivals around the world including winning Best Film and Best Director.

Tell us about the film and a favorite moment on set.

My Mom and the Girl is a true story based on my mother, Norma, who has Alzheimer’s. My mission was to change the conversations about Alzheimer’s.

From negative to positive, the film spotlights odd encounter Norma, an East Coast woman (played brilliantly by the Valerie Harper in her final performance), has one night on the streets of East L.A. The former singer now suffering from Alzheimer’s escapes after a dinner party through the capricious streets of East Los Angeles to find her way home. With her watchful caregiver (Liz Torres) in tow, their brief but colorful sojourn leads to an encounter with The Girl (Harmony Santana), a character with an unexpected narrative. The chance meeting proves to have a profoundly positive effect on three very disparate, desperate, women when the young transgender’s despair disenfranchises the tight grip Alzheimer’s has on the woman making way for her fearless and sardonic humor to reappear and turn their urban adventure into a funny, poignant story that resonates with audiences around the world.

There were so many memorable moments! It’s difficult to choose. I mean, Valerie Harper and Liz Torres! Valerie touched my heart deeply. If I have to choose, I would say it was the evening we were shooting the last scene. It was a tough one. I was playing myself and Valerie was playing my mother banging on my bedroom and accusing me of “selling her baby”. At one point, while waiting for lighting to reset, Val and I were laying on the bed grabbing and eating Skittles from craft services. I looked at her and said, “I cannot believe I’m having a slumber party with Rhoda!” It was surreal.

What film has been monumental to your career? 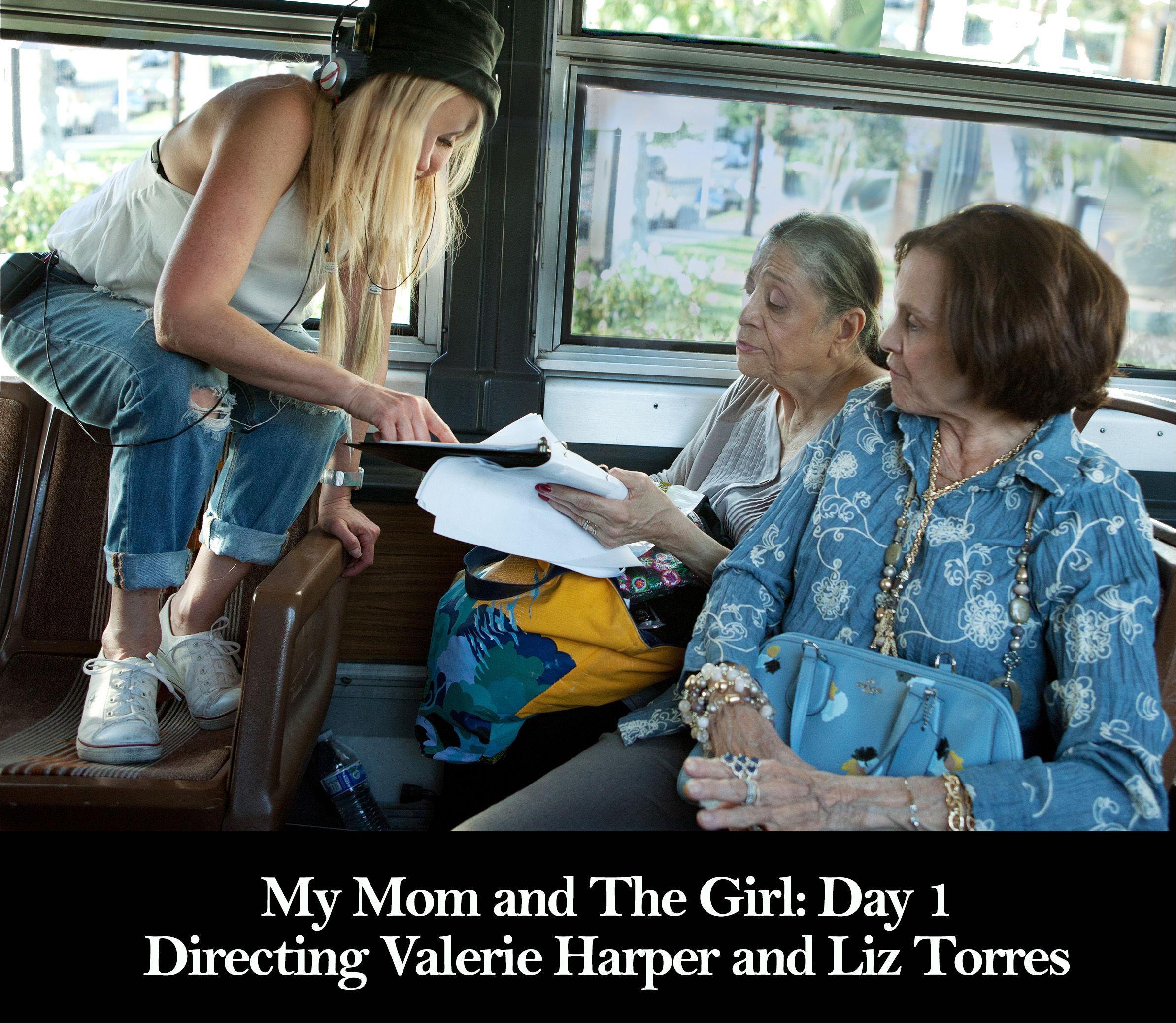 Every job adds to your career…but I have to say my short, My Mom and The Girl, has had the biggest impact. It has had and continues to have a huge ripple effect on audiences around the world, it established me as a Director, and it was the catalyst for launching my podcast, Love Conquers Alz.

Tell us about your recent film, I LOVE LUCIFER, with Array Pictures.

In a salute to Shaun of the Dead’s rom-mon-com (romantic-monster- comedy) genre, I Love Lucifer is a female-driven (of course)) that I developed with Max Brooks (World War Z, The Zombie Survival Guide). A little Bridesmaids. A little American Werewolf in London. While we are waiting for Covid-19 to go away, we have decided to launch a Podcast which should be available soon, Stay tuned!

You have been keeping busy during COVID-19 producing and co-hosting LOVE CONQUERS ALZ, which was awarded Best Podcast 2020 by the New Media Film Festival. Why do people love this show?

Having both been caregivers for a family member affected with Alzheimer’s, my co-host, Kassi Crews, and I both know Alzheimer’s is a disease that cannot be faced alone.

Kassi and I met screening our films that centered on Alzheimer’s on the festival circuit and quickly realized with had similar goals… to change the conversation about Alzheimer’s and to keep it going. Love Conquers Alz is an extension of our projects. Our goal is to provide information and conversation from real people who have been touched by Alzheimer’s as well as leading experts in the field. We are helping to demystify and destigmatize Alzheimer’s We provide a platform that offers a shoulder as well as up-to-the-minute support.  Love Conquers Alz is available on most podcast platforms, as well as YouTube and Instagram TV.

I am attached to direct PLAIN JANE. The film is based on the debut novel of the same title by Barrie Levitt Knee, and adapted for the screen by me. The screenplay has received strong industry coverage and is a story that I am very passionate about. Anthony Katagas (Winner of the Academy Award for Best Picture for 12 YEARS A SLAVE, Producer of over 35 films including AD ASTRA, UNCUT GEMS, THE LOST CITY OF Z, and NERVE) is our Executive Producer who has championed and helped guide this project since its inception. We are currently trying to set the project up.