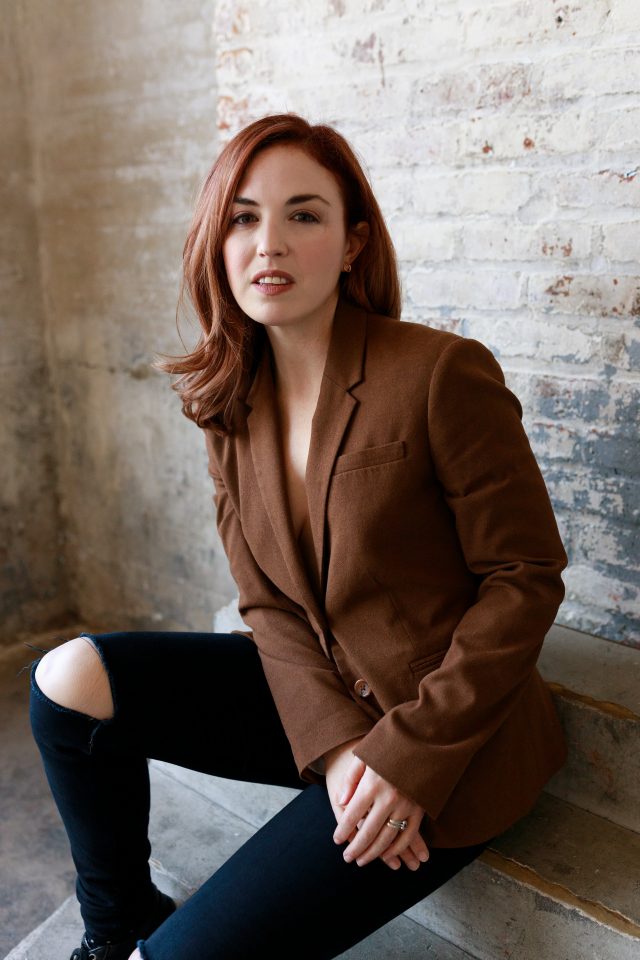 Los Angeles, California (The Hollywood Times) 6/03/2021 –  Stacey Maltin is an award-winning filmmaker and performer. Through Maltin’s lens, she creates stories that explore everything from queer parenthood and homelessness to psychosexual horror and holiday comedic romance. She is building a name for herself within the film community and her resume keeps growing. Maltin’s recent feature directorial debut Triple Threat had its world premiere at the Oscar-qualifying Cinequest film festival. The film tells the story of three best friends—on the verge of their Broadway debut—whose relationship is put to the test when diverging dreams meet the realities of adulthood. Triple Threat has been an official selection for the Blackbird, Out Shine LGBTQ, 24 Pink Apple, and Twister Alley (nominated for Best Director) film festivals.

You have created stories that are authentic and entertaining which have explored everything from queer parenthood and homelessness to psychosexual horror. When did your love for filmmaking begin?

I’ve done theater my whole life so that’s where my love of storytelling began. After I graduated from NYU I lived in Tel Aviv for a couple of years and my hot summer fling (my now life partner funny how that happens) was in film school and working on his thesis film. Since I’d produced a lot of theater in New York I thought why not help produce his movie and from there I fell in love with what is possible with the film medium. Soon after that, I started writing my own film scripts and our commercial and narrative film production companies were born.

You wrote, produced, and starred in your first feature film Landing Up. Tell us about the film.

Landing Up is the story of a girl with nothing to lose and everything to hide. I had this idea to tell the story of a girl who is homeless but doesn’t “look” like society’s traditional view of homelessness. I did a ton of research for the story, spending time in youth shelters and women’s shelters, volunteering, and speaking to residents. So many women expressed that they didn’t really think of themselves as “homeless” like the overarching way people talk about the subject. It’s funny, at one of the first test screenings of the edited film someone commented “well where are the homeless people shitting themselves in the street” and we just thought that’s exactly the reason we wanted to make the film – to break the perception of who and how people are experiencing homelessness.

Starring in the film was such a crazy experience and I feel really lucky to have had the trust of the team behind me in taking on such an intense role. Acting opposite Ben Rappaport (For the People), as well as E’dena Hines, was just such a gift. There are some really intense scenes in the film that involved a lot of trust between us as actors with vulnerability and sexuality and we spent a lot of time building those relationships so when the cameras were rolling that wasn’t something we were worried about.

Tell us about your feature directorial debut, “Triple Threat” which had its world premiere at the Oscar-qualifying Cinequest film festival.

TRIPLE THREAT is really my baby. Without being autobiographical it is by far the most personal story I’ve ever written. It’s the story of three friends on the verge of their Broadway debut whose relationship is put to the test when diverging dreams meet the realities of adulthood. Just as the show they’ve been working on for ten years has the chance to go to Broadway, the male friend in the trio asks his two ambitious female friends to help him have a kid. One offers to be the surrogate, the other gives an egg and as an art baby and human baby are brought into the world their lives are irreversibly changed. As a woman in the entertainment industry who moonlights both in front and behind the camera, I have so many thoughts and questions about having children and how that would affect my personal goals as an artist. Each of the three characters represents a different direction life could take.

Triple Threat is a really hopeful and optimistic film. It’s also my particular brand of edgy and sexy. I’m queer and sex-positive. I generally think the world would be a better place if more people associated fluidity with sexuality. Almost every film I write brings “sexy” back to the movies from the female gaze and that’s something I’m incredibly passionate about.

What did you enjoy the most about this project?

Creating all of the musical scenes! I’m such a musical nerd. I love everything about musicals. Having the opportunity to have a “musical” inside of the film where we got to stage production numbers with incredible talent from the theater community in New York was just a dream come true. The music by Carner & Gregor and Dana Aliya Levinson is just so beautiful. Everything came together with the choreography and cinematography and I’m so excited for people to jam along to the music. We released the first single “Piece of Me” sung by Aury Krebs on Spotify so if you’re looking to get a little sneak preview of the film go give it a listen!

As a bisexual woman, it’s really important to me to showcase unapologetic bisexuality/pansexuality on screen. One of the lead characters, Gus, played by Jay DeYonker, is pansexual. His ultimate storyline is an unrequited romance with Chloe (played by me). I really wanted to celebrate Gus’s sexuality so there is a very sexy threesome scene that I fought to keep in the film where we see Gus and another man hook up. There has been this narrative that once a man is with another man he’s “gay” so I really wanted to show a fullness of his sexuality where everything is completely believable. The chemistry is off the charts with Gus and his various partners which really makes it work.

Your short film Stronger Together was recently acquired by Shoreline Entertainment after having its world premiere at NewFest. What did this mean to you?

STRONGER TOGETHER was really born out of all these feelings I had and people I know had following the 2016 election. I had all of this energy and really wanted to channel it into my art. I imagined a night where a progressive woman and a conservative woman go home together after instant chemistry at a queer Jewish singles event and it’s not until they have sex do they realize that they have opposite political ideologies. The film is sexy and intense and just a hair funny and really hits on a specific moment in time where I think a lot of people following Hillary’s loss were really trying to figure out “are we stronger together” or not? I think we’re still asking that question. Since I’m Jewish and that’s a strong part of my identity I also wanted to bring Jewish themes into the film. I’m so lucky that Alice Kremelberg (Orange is the New Black, Starring in the upcoming season of The Sinner) took on the role of the conservative woman. She brought such a beautiful nuance to the role.

Tell us about your provocative series called Linked (Cinequest 19′) and your upcoming projects.

LINKED happened when my frequent collaborator Jay DeYonker approached me to direct a short film that he had written about a bisexual man caught between hiding his sexuality from his long-term girlfriend and a sexy one-night stand with a guy who had actually met his girlfriend earlier that day. As I was editing the film together I actually thought that it went really well with the character from STRONGER TOGETHER (Jay acts in both films) and so I stayed up all night editing these two pieces together into one longer pilot. From there we’ve developed the series and created a fully fleshed world that is sexy, angsty and does a dive into a really interesting world of people. It’s an ensemble super New York piece and we’re really hoping to shoot more episodes.

Jay and I have also co-written a sex comedy feature film called HEAD. I’m also in development on BLUE MOON FIRE a sexy horror fairy tale and SOMETHING JEWISH a rom-com with a twist.