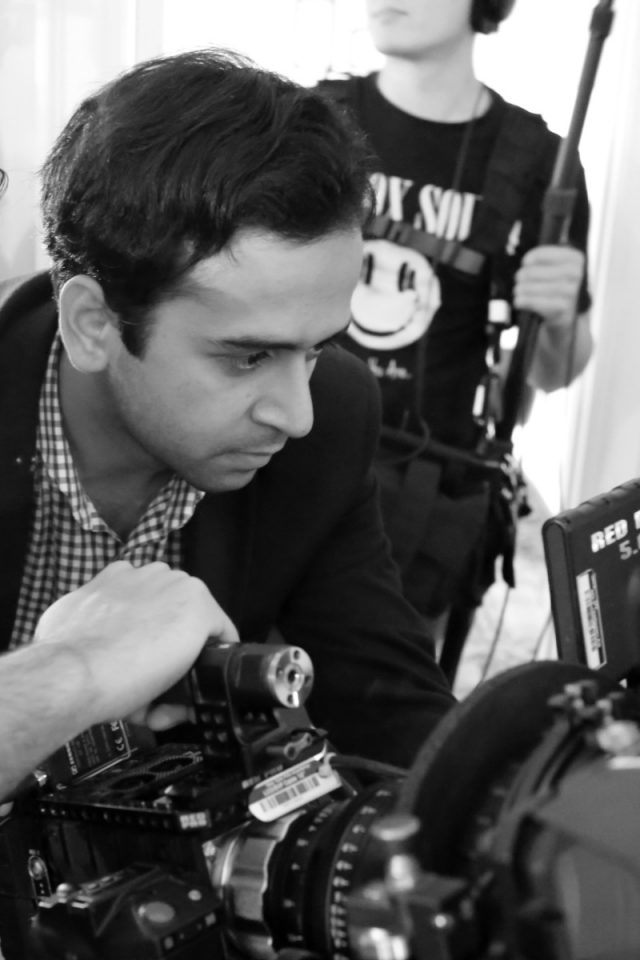 Los Angeles, California (The Hollywood Times) 2/13/2021 – Los Angeles, Filmmaker Aditya Patwardhan’s filmography has been recognized nationally and internationally, and his work has been showcased through prestigious media and news networks, and film festivals across the world. Other than receiving extensive international media coverage through networks such as Amazon, Zee, The Quint, The Times of India, Daily News and Analysis, KSFY News (ABC Network), ETV India, MTV, etc, his work has also been featured in numerous online and print media networks in Panama, Brazil, and Colombia. Aditya has produced films and documentaries in the United States, India, Baltic & Eastern Europe, South Korea, and Colombia. Though being from an English and Marathi speaking background, he has directed projects in non-native languages like Spanish, Portuguese, and Korean. In 2018, his Korean feature film ‘And the Dream that Mattered’ won the 26th Korean cultural Academy Award for Best Independent film and was screened at Lionsgate Studios. In 2020, his American thriller feature film ‘Transference‘ and Brazilian-Portuguese film ‘Um Toque Da Aurora‘ both became a part of the Amazon Prime Catalog in the US and the UK. In 2021, his latest experimental feature ‘Rivers: The Upstream Story’ will be out.

When did your love for filmmaking begin?

My filmmaking journey really began at the age of seven when I was introduced to music. After learning to play tabla, drums, and piano during my early school years, one of the first things I was enticed with was observing how background score shapes a film. It became one of my primary obsessions to notice background scores and try to duplicate them at home on my instruments. Films like The Lion King, Titanic, and Matrix played a key role in influencing me in terms of music and its association with videos. Naturally, I assumed that I would want to grow up to be a Music Director. Over the years, as I got further involved with creative arts, I realized that it was in fact filmmaking that I liked and wanted to pursue. I was deeply curious about the way moving pictures, sound & music, and editing could come together and tell a story.

Tell us about your psychological thriller, “Transference.”

When Camille, well put together trauma therapist, goes home for her estranged father‘s funeral she is haunted by memories from the past that manifest as an entity threatening to tear her world apart, until she finds the courage to face her demons and lay them to rest.

Written and Produced by Nicole Cannon, Transference tackles the difficult subject of recovery from childhood sexual abuse. In light of the recent #MeToo movement, Nicole was incredibly moved by all of the women who have found the courage to stand up and have their voices be heard. Being a little girl with her own #metoo story(s) and having grown into a woman identifying with the incredible shame that comes along with sexual abuse, she discovered that in order to move out of victimhood and become whole, one must reclaim the innocence lost through childhood traumas. The film is complemented with a hauntingly beautiful score composed by Danny Cannon and David E. Russo both known for television’s “Gotham” and “Pennyworth”, which Danny Cannon also directed. As a director, one of the biggest challenges one can look forward to is to tell stories that matter. ‘Transference’ was one such project for me. It deals with a subject that has plagued societies across the world, and often happens where one would least expect. Victims of sexual abuse and their stories largely go unnoticed because of rigid social norms, the shame of exposure, and lack of support from within the community.

‘Transference’ tells the story of Camille, a victim of sexual abuse, through an entity that haunts her; an entity that is in fact her childhood self that has horrid memories buried deep within her, memories that she never shared with anyone for the fear of shame and guilt. The longer she puts off dealing with her troubles past, the more she risks it affecting her present and future: her children. Being a male director from India, and trying to understand the issue of sexual abuse in the United States from the eyes of an American female protagonist was an emotionally challenging and moving journey for me. Sexual Abuse is a problem prevalent throughout the world, and a curse that every society has. More often than not, it happens where you least expect it, in the affluent sections of the so-called “civilized” world.

Transference is now showing successfully on Amazon Prime Video at:

Have you always been creative?

In short, Yes! Like I said earlier, my first love was music, and I was always performing with my band playing the drums and guitar. I played drums for a rock/metal band called Jettatura during 2007-20011. We performed at numerous rock shows in Northern India. Apart from my band, I developed an interest in photography and public speaking during my college days, hosting multiple events in Jaipur.

My first professional involvement with films came in the form of a short film called “Kiski Kahani” for which I worked as a Music Director. The film was screened at the Jaipur International Film Festival and it was the first time I saw my name appear on the silvers screen. Having finished my engineering in Computers & Information Technology, I decided not to go for a software job and instead joined a local jewelry brand as the branding and communication manager. In addition to this full- time job, I took up part-time work at a political party as a member of the IT Cell and manager for the Social Media Department. Our team led the Social Media Campaign for the 2013 winning elections for Rajasthan state assembly.

All this while, the dream to become a Film Director was always brewing in my mind. With time to spare on the weekends, I started making music videos that were launched on YouTube. Again, what started as a part-time passion turned into full-time work as our songs received media attention in Rajasthan and were subsequently released by Zee Music Company, Pepsi MTV Indies, etc. With the success as a director of music video, the social and cultural exposure due to working in a political setup, and advertisement experience of a jewelry and fashion brand, I decided to come to the United States to take a one-year filmmaking Masters program at the New York Film Academy’s Los Angeles campus. 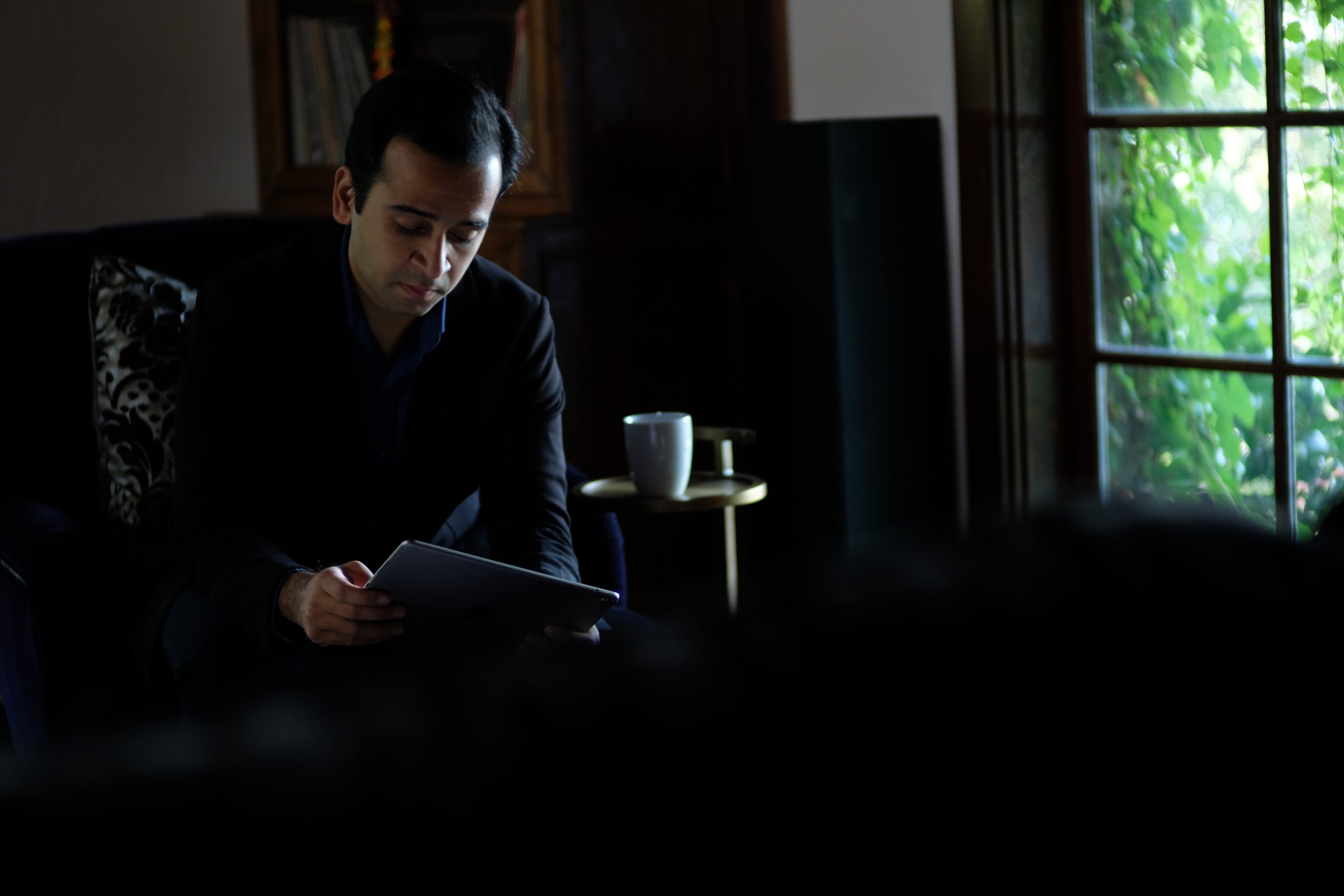 Tell us about your second feature film coming out called ‘Rivers: The Upstream Story’, which features world-renowned activist Sadhguru Jaggi Vasudev and international musician Pandit Krishna Mohan Bhatt. What led you to this project?

“Rivers: The upstream Story” is an upcoming feature film that I directed and produced and it brings forth the subject of River-Water depletion through a civilizational lens using fictional and non-fictional character and narrative.

Adriana is a refugee from crisis-hit Venezuela, Kankana is an Indian actress working in Hollywood, Suraj is a street cleaner from a slum in Rajasthan, and Ravi is a television news reporter from Jaipur. We journey with them as they travel across India, an ancient civilization struggling with climate change and water crisis.

This film follows a very unique approach to storytelling. Though it is an experimental fiction film, the characters and their backstories are fictional, but the situations they are in our real-world events. The film features world-renowned spiritual guru and philanthropist Sadhguru Jaggi Vasudev and his Rally for Rivers initiative, which was a nationwide river water conservation drive endorsed by celebrities like Leonardo DiCaprio, Shahrukh Khan, etc and supported by the government of India. Along with Sadhguru, the film also features Pandit Krishna Mohan Bhatt, an internally acclaimed sitarist who plays himself in the film. He belongs to the famous Bhatt Gharana of Jaipur, known for preserving Indian classical Music for generations with members such as Grammy winner Pandit wishwa Mohan Bhatt. While Adrina, Kankana, and Ravi portray a semi-fictional character in the film, Suraj is a real-life street-sweeper. With this unique blend of fiction and non-fiction, I was able to make an engaging narrative with the fictional part, and yet retain its real-worldliness with the situations being true.

Tell us about the film and why it is timely.

This movie is about the cross-section of the Indian urban society and the awareness journey of Climate Change, River Water Depletion, Urban Poverty & Unemployment, Farmer Distress, and Hygiene issues. It is also a snapshot of the solution(s) involving public-private partnerships. The story is an interplay between a Venezuelan refugee, an Indian actress from Hollywood, a street cleaner from Jaipur, and a TV news reporter in India. Catered to both the Indian audience and the International audience, it is interwoven with a multinational plot and a human touch.

Given that socially and politically, these issues are the center of India’s and the world’s attention at the moment, I feel that this is a perfect time for a film like ‘Rivers: The Upstream Story’ to be seen by people. The film not only tells India’s story in a local sense but gives it an international perspective. Adriana’s perspective is through Venezuela and the financial crisis she saw in her country, while Suraj’s, who lives in a slum in Jaipur has a completely different take on what is happening. In this way, Rivers: The upstream Story, I feel was a unique opportunity to tell this story. 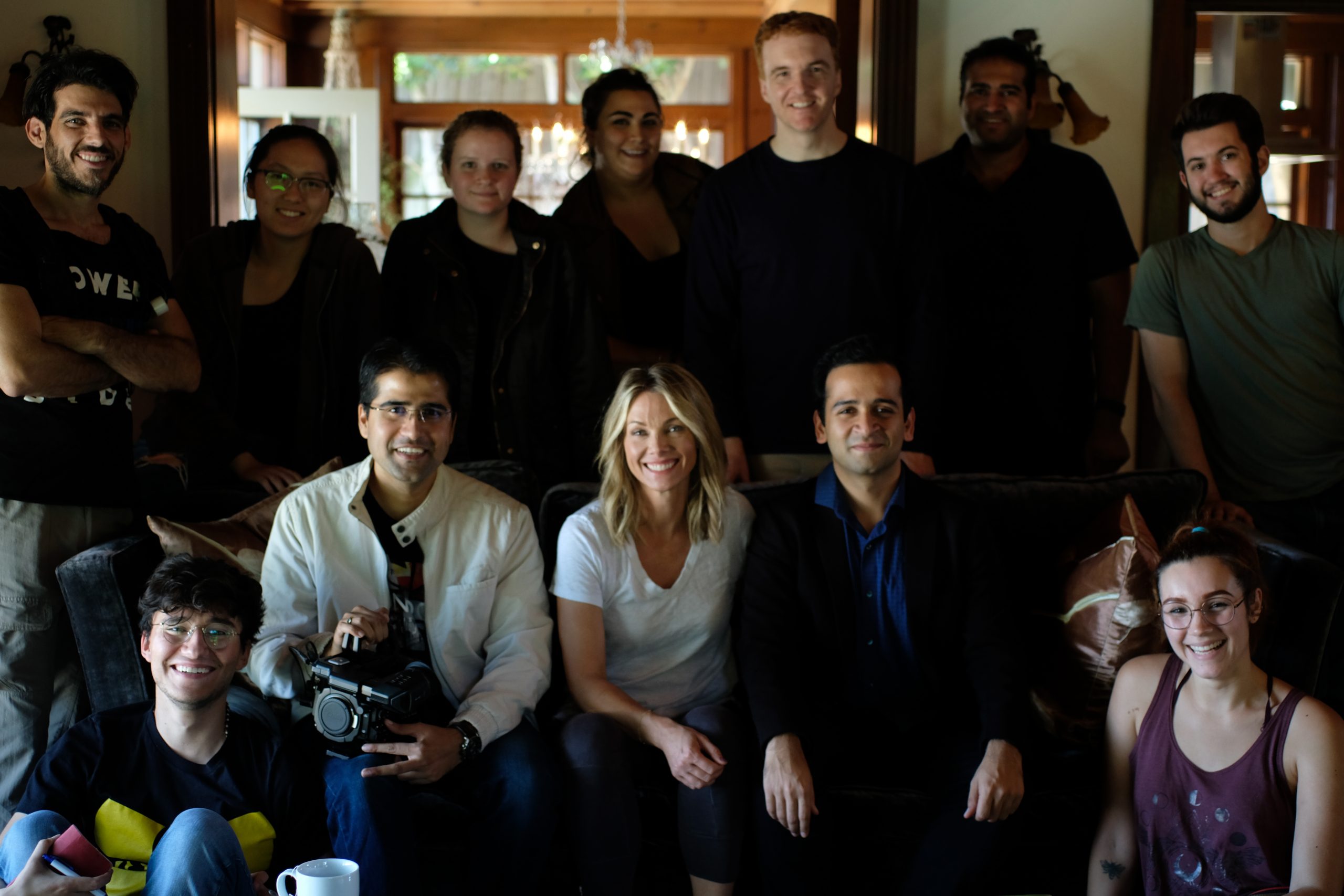 Looking back on my years in Los Angeles, what I like to reflect back on is the opportunity I got to direct foreign language films in Spanish, Portuguese, and Korean.

First of all, I don’t have a background in any of those languages. I am a fluent speaker of Hindi, Marathi, and English. Being alien to those languages, naturally, I didn’t go out seeking a foreign language project. But call it fortune or hard work, but a Panamanian producer approached me to direct a 20-minute TV pilot that he was writing and producing. Apprehensive at first, I took up the opportunity, with a lot of help, of course, from the writer, on-set language assistants, and amazing actors. The pilot episode was very well received by film festivals and news media in Panama.

That gave me a confidence boost that I could direct more short projects in foreign languages. To this day, I have directed 3 Spanish short films, 2 Portuguese short films, and 1 Korean feature film. When I first started directing foreign language films, it was a major challenge to make sure that the actors were conveying what I wanted from them. But that very challenge helped me in developing a knack for understating emotions and performances through facial expressions, voice pitch & modulation, and body language. That combined with a reliable language assistant on-set during filming made sure that I was able to translate the scene from page to screen.

Currently, I am developing a drama series with actress and musician Lucy Walsh. It is a greatly anticipated project set in 1940s Illinois, US, and Paris, France exploring a family’s dark secret, set against the backdrop of World War II.