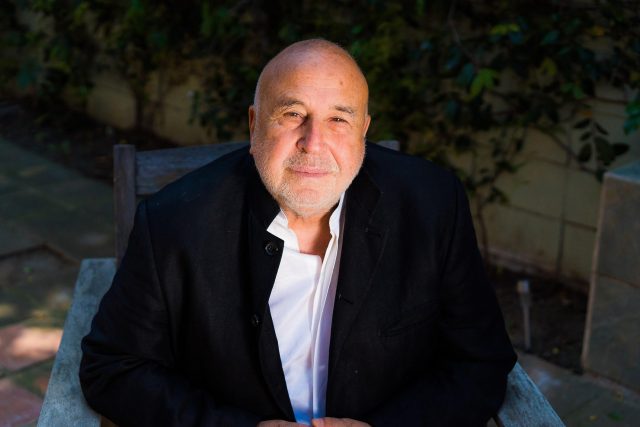 “We’re extremely lucky to have Larry Namer join FilmCapital’s executive team,” comments Aksu. “Not only does he possess unprecedented experience in both the entertainment and crowdfunding space, Larry’s leadership, connections and ability to inspire others make him the perfect fit as president as we expand and grow the company.”

As president of FilmCapital.io, Namer will be charged with business development, forging relationships with top global producers and production executives, overseeing social impact-oriented projects, and leading the company, described as a digital launch pad for content producers, in the next phase of its evolution.

“I’m very excited to be joining FilmCapital.io during these dynamic and rapidly changing times in the global media and entertainment industries. New technologies have opened up the content creation world to just about anyone with talent, drive, and financing,” says Namer. “FilmCapital.io will be the trusted vehicle that connects highly-vetted, qualified producers with both accredited and non-accredited investors looking to diversify their portfolios. Additionally, the company will work with talented emerging filmmakers to handle the financing side of the equation and also will help guide them through the process of turning out good content on a sustainable basis.”

Larry Namer is an entertainment industry icon with close to 50 years of professional experience in cable television, live events and new media. Namer is a founding partner of Metan Global Entertainment Group (MGEG), a venture created to develop and distribute entertainment content and media specifically for Chinese speaking audiences in China and abroad. In 2018, the company launched the MGEG Film Fund I and serves as managing partner.

Namer is the co-founder of E! Entertainment Television, a company now valued at over four billion USD, and the creator of several successful companies in the United States and overseas. Among those companies are Comspan Communications that pioneered Western forms of entertainment in the former Soviet Union and Steeplechase Media that served as the primary consultant to Microsoft’s MiTV for developing interactive TV applications.

Early on, he was named the youngest general manager of a major cable system at Valley Cable TV (VCTV) in Los Angeles. His vision and direction garnered VCTV several Emmy and Cable ACE award nominations, as well as recognition by Forbes magazine as the national model for local cable television programming.

In 1989, he was awarded the prestigious President’s Award from the National Cable Television Association. He was honored with the “Outstanding Contribution to Asian Television Award” at the 19th Asian Television Awards in Singapore and received the International Media Legacy Award at the 2017 Elite Awards Foundation Gala. He was the recipient of Lifetime Achievement Awards at the 2018 Hollywood Tribute Awards and the 2019 Hollywood China Night, presented by the American-Chinese CEO Society, both in celebration of the Academy Awards®.  In July 2019, he was awarded The Tribeca Disruptor Award at the Novus Summit, held at the United Nations, and in September 2020, he received the Lifetime Achievement Award from the French Riviera Film Festival.