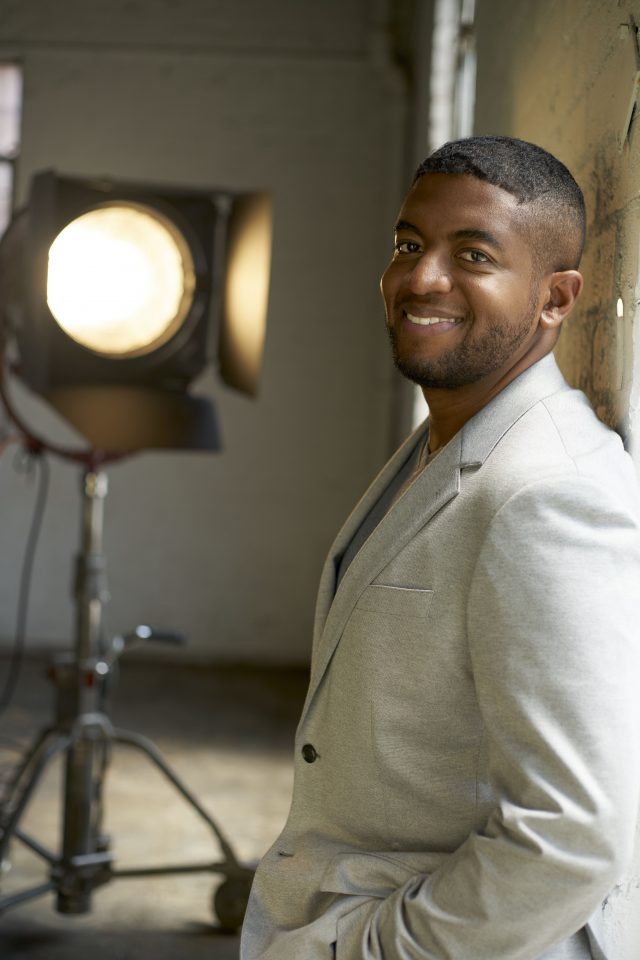 Los Angeles, California (The Hollywood Times) 2/16/2021 – “The Lady and The Dale,” follows the rise and fall of 1970’s transgender entrepreneur Elizabeth Carmichael and her radical fuel-efficient, a three-wheeled car known as The Dale. “As a Filmmaker, I am always drawn to stories with compelling characters,” says Gaines. “There are universal themes in The Lady and the Dale that people can relate to regardless of color, gender, and socioeconomic status.”

Over the past 15-years, you have financed and produced more than twelve documentary and narrative films. What resonates in your soul about cinema?

I love telling stories, and I love helping people. I consider cinema the most powerful tool an artist can use to effect change. Cinema is powerful enough to start wars or to bring them to an end; powerful enough to change laws, or convert evil men into passionate sympathizers. Every film is a time capsule that captures a moment in our history for which we can review and review again, to become better people, better friends, and better members of the human family. When I was in college (I went to Northwestern University), I was studying to become a doctor. But instead of going to medical school, I decided to apply to New York University Tisch School of the Arts, and I got in. As a doctor, I wanted to help as many people as possible, but I knew it would be limiting. But with cinema, I felt I could reach 100-times more people with the story. That’s the power that cinema provides and that’s what fulfills me as an artist.

In order to have a seat at the table in Hollywood, what is needed?

Tenacity and persistence. Those are the two main ingredients for any successful person in Hollywood, in my opinion. For every writer, producer, actor, or director that I meet or get to know, the one common thread is that when it looked like failure was imminent, or that they might be better off giving it all up, none of them did. Tenacity is the chief difference between someone working in Hollywood and someone working at Starbucks. I often tell many young filmmakers that I mentor that the vast majority of the industry is not made up of the world’s most talented people, or smartest people, or most brilliant minds on the planet, it is made up of people who did not quit. Yes, filmmaking is a skill, it requires talent, and it requires hard work, but the world is littered with writers, producers, directors, and actors who are more talented than the biggest names in Hollywood. But to have a seat at the table, you must stay the course, and it is amazing how the sole character trait of persistence can make someone very successful.

What do you look for as a Producer?

I get asked this question a lot, and it’s always a hard one to answer. Describing it would be like trying to define inspiration, which comes from so many different sources, and at such usual times, is hard to capture. However, I will say that when I look for a good story, a strong central character is most important. Liz Carmichael, the lead character in The Lady and the Dale, is an incredible and fully-realized self-assured human being. When a character provides you so much personality, and so much drama and story, that you have trouble fitting it into a single film, or even a multi-part series, then you know you have an amazing project. The rest just kind of falls into place.

Tell us about producing alongside Mark and Jay Duplass for the HBO four-part documentary series, The Lady and The Dale.

I had the opportunity to build a great relationship with Mark and Jay over the course of this show. They’re both represented at my agency, which is how this whole thing started, but quickly I got to know them, particularly Mark, and we have a lot in common. The mark of a good producer, of any artist for that matter, is timing. Learning timing or pacing, when it comes to telling stories, is a hard skill to master. Mark and Jay’s comedic timing, dramatic timing, notes on the show, everything, helped make the show such a success. Without all of us infusing our sensibilities, personalities, and experiences into the show, with hundreds of rounds of input, notes, revisions, and development, The Lady and the Dale could not have turned out as wonderfully as it has. Mark and Jay Duplass, and their whole team, were real leaders in that charge.

What inspired you the most about this project?

As an entrepreneur, I think Liz Carmicheal is an inspiration. She inspires so many different communities as the result of her vast experiences, but to me, she spoke to my sense of inventiveness. She took an idea (The Dale) and turned it into reality, which is exactly what I do for a living. The fact that a) she did it so quickly, and b) so boldly, remains even now one of the most inspirational aspects of her story and this project for me. Beyond that, the team that we assembled on this series I consider to be one of the most collaborative teams I’ve worked within the industry, and that too is inspiring. Everyone (everyone) played a part in the making of this series, and we produced something that we could all be extremely proud of and had fun doing it.

What is your vision for the film Series? Share your favorite scene.

The vision for the series is exactly what you see. The four episodes, while missing a few stories that we had to leave out, is the fully-actualized product of a complete vision from the directors, writers, producers, editors, executives, animators, family, and friends. It is ALL there! As far as my favorite scene, I love the montage/summation at the end of episode one where we present a slew of questions for the audience about Liz’s identity. I’m a big true-crime buff, and you are often unsure if the lead character is who they say they are. I was a long-time advocate that Liz’s trans-identity needed to be revealed at the beginning of episode one, as to not appear out of the blue or feel like a gag. But what our directors and editors did was expand that idea by presenting a deluge of unanswered questions about who Liz really is at the end of episode one, which went beyond her transness and more deeply into her personality. When I first saw that sequence, it blew me away, and I remember watching it again and again.

I’ve been following this guy’s career for a while, and we’ve been trying to figure out a project to do together, but I would love to work with the actor Nnamdi Asomugha. I’ve seen his work in Crown Heights, A Soldier’s Play, and recently Sylvie’s Love, and I think he’s got a huge career ahead of him. He is also a bonafide producer, which makes my job a lot easier. Having an actor on set with a producer’s mind already puts us in sync before day one of principal photography. Hopefully, one day we’ll find the right project, but regardless, I’m excited to see what he does next.

As a Producer, next for me is Stephen King’s Children of the Corn, which is a film that I shot at the beginning of the pandemic from March to May of 2020, and that I’m excited will be coming out soon. As a director, my next film will be about the legendary comedian and activist Dick Gregory, a project that has been six years in the making, but is finally completed and will be available soon to share with audiences. I’m very proud of that project. Not only was it a remarkable artistic journey, but Dick Gregory also changed me as a human being, and I cannot wait to share his story (and mine) with the world.

Cinemation Studios is the film and television production company founded by Andre Gaines that finances and produces motion picture and television content abroad and for US audiences. Current projects include Stephen King’s Children of the Corn, Buzzed directed by Marc Forster, Killing Gawker written by Charles Randolph and directed by Seth Gordon, Timecrimes written and directed by Steve Zaillian, and The Lady and the Dale on HBO.