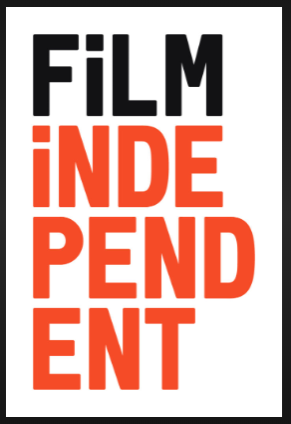 Film Independent announced keynotes, conversations and panelists for the 15th annual Film Independent Forum. This year’s edition features a US Filmmaker Keynote with Lulu Wang, The Farewell, a US Executive Keynote with Elissa Federoff, President of Distribution at NEON, a Documentary Keynote with Dawn Porter (John Lewis: Good Trouble, Gideon’s Army), and a Global Executive Keynote with Ashok Amritraj, Chairman and CEO of Hyde Park Entertainment Group. Traditionally a weekend event, the Forum has expanded to a full week-long event accessible online to global audiences the week of July 31 to August 7.

Panels at this year’s Forum range from financing, production and distribution of films to digital content across diverse platforms (film, TV, streaming, podcast), all within the frame of the current health crisis and social turning point, identifying the impact these have on our industry and exploring creative solutions in this unprecedented moment. The event is designed to inspire filmmakers to take charge of their film’s destiny and their careers as artists.

“Our slate of keynotes, executives Ashok Amirtraj from Hyde Park, Elissa Federoff from NEON, and filmmakers Dawn Porter and Lulu Wang, speak to this moment in time, and to the fact that our industry is global and cinema a truly universal language,” said Maria Raquel Bozzi, Senior Director of Education and International Initiatives. “Having a virtual, week-long Forum this year presents a great opportunity for broadening the scope to a global reach and serve many of the filmmakers and professionals we have been working with throughout our international programs.”

Grace Lee, Director/Producer, And She Could be Next

Marjan Safinia, Director/Producer, And She Could be Next

For a full schedule of events and to register, visit filmindependent.org/forum.

Conference passes are $49 for Film Independent Members and $99 the general public. Filmmaker Pro and Arts Circle Members receive complimentary passes. For more information about this year’s Film Independent Forum, to purchase a pass or become a Member, please visit filmindependent.org/forum.

Now in its 15th year, the Film Independent Forum is the pre-eminent conference for independent filmmakers and content creators in Los Angeles. Off-the-record conversations with working filmmakers make this the must-attend spring event for filmmakers and industry professionals. If you are anywhere near production or close to entering the festival circuit, join your peers for a weekend of solution-driven strategies, success stories, and opportunities to connect one-on-one with working artists and industry pros.

Conference passes are $49 for Film Independent Members, and $99 the general public. For more information about this year’s Film Independent Forum, to purchase a pass or become a Member, please visit filmindependent.org/forum.

For over 38 years, Film Independent has helped filmmakers get their projects made and seen. The nonprofit’s mission is to champion creative independence in visual storytelling and support a community of artists who embody diversity, innovation and uniqueness of vision.

While working to make the entertainment industry more inclusive, Film Independent provides access to a network of like-minded artists. Filmmakers, film lovers, industry professionals and anyone passionate about visual storytelling can become a Member at filmindependent.org and connect with @FilmIndependent across social platforms.