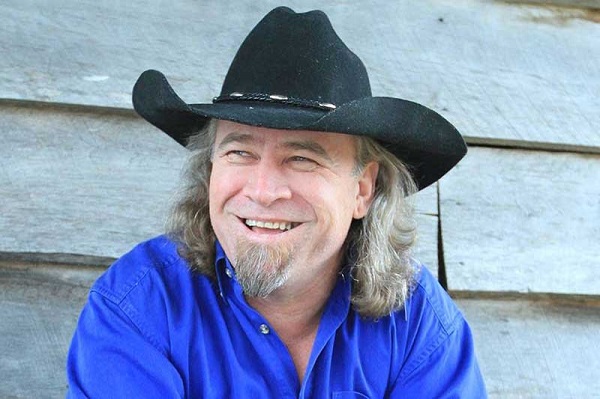 NASHVILLE, Tenn. – Country music hitmaker Doug Supernaw has passed away at his home in Texas at the age of 60.

Born in Bryan, Texas, Doug Supernaw moved to Nashville, Tennessee in 1987, where he found work as a session songwriter. After four years in Nashville, he moved back to Texas, where he founded a band called Texas Steel. In 1993, Supernaw signed with BNA Entertainment. After releasing his debut album, Red And Rio Grande, Supernaw gained recognition with singles “Honky Tonk Foolin’”, “Reno” and “I Don’t Call Him Daddy”, which became his signature song and securing a gold record. In total, Supernaw recorded four studio albums in total with two additional greatest hit projects showcasing his career.

Fellow artists mourn the loss of their friend and share fond memories that have left them forever inspired by Doug Supernaw.

“Doug Supernaw’s voice was a mainstay during the 90s in country music and I am sorry to hear of his passing. My thoughts and prayers are with his family.” – Charley Pride

“I never really knew Doug all that well, but I have always respected him. He has been in my prayers since I heard he was down. Heaven’s gained another great one. Prayers for his family.” – Joe Bonsall of The Oak Ridge Boys

“Praying for Doug Supernaw and his family during this difficult time. Thank you for your contributions to country music.” – Lee Greenwood

“My heartfelt condolences to the family of Doug Supernaw. You will be missed.” – B.J. Thomas

“Doug had a broad smile, great spirit, and firm handshake. He always left me feeling better with his natural sense of humor. Blessings and condolences to his immediate and extended family. R.I.P., dude.” – T. Graham Brown

“My thoughts and prayers are with Doug and his family during this time. He was one of the good guys in our business and he gave us some great music during his career that will always be remembered.” – T.G. Sheppard

“Your career in country music spanned for nearly 3 decades. My thoughts are with you, your family and friends during this difficult time.” – Kelly Lang

“The last time I performed alongside Doug Supernaw was during a Country For A Cause charity event. It had been years since I had seen him work a stage, and it was great to see him wow the Nashville crowd that night. I remembered what a great entertainer he was. Over the past year, Doug fought a good fight, but he is in pain no more. My prayers and condolences go out to his family, friends, and fans.” – Tim Atwood

“My heartfelt thoughts and prayers to Doug Supernaw and his family during this very difficult time. Have always loved his songs and he will be greatly missed.” – Shane Owens

“My heart aches for the family of Doug Supernaw. Getting introduced to country music in the early 90s, he had one of the biggest songs I can remember in “I Don’t Call Him Daddy” – still to this day I know every single word. Country music will miss him and that last name will never be forgotten.” – J.D. Shelburne

“Doug Supernaw was always such a welcomed sight when our paths would cross out on the road! I loved his big smile and warm heart! He was super sweet to me and a super talent! Doug had a great love for country music and for all of his friends and fans! And the feelings were mutual in return. Doug Supernaw will be loved, missed and remembered forever by all who knew him.” – Deborah Allen

“I am really sad to hear about the passing of Doug Supernaw. The loss of another great talent. I am going to miss you, Doug.” – Johnny Lee