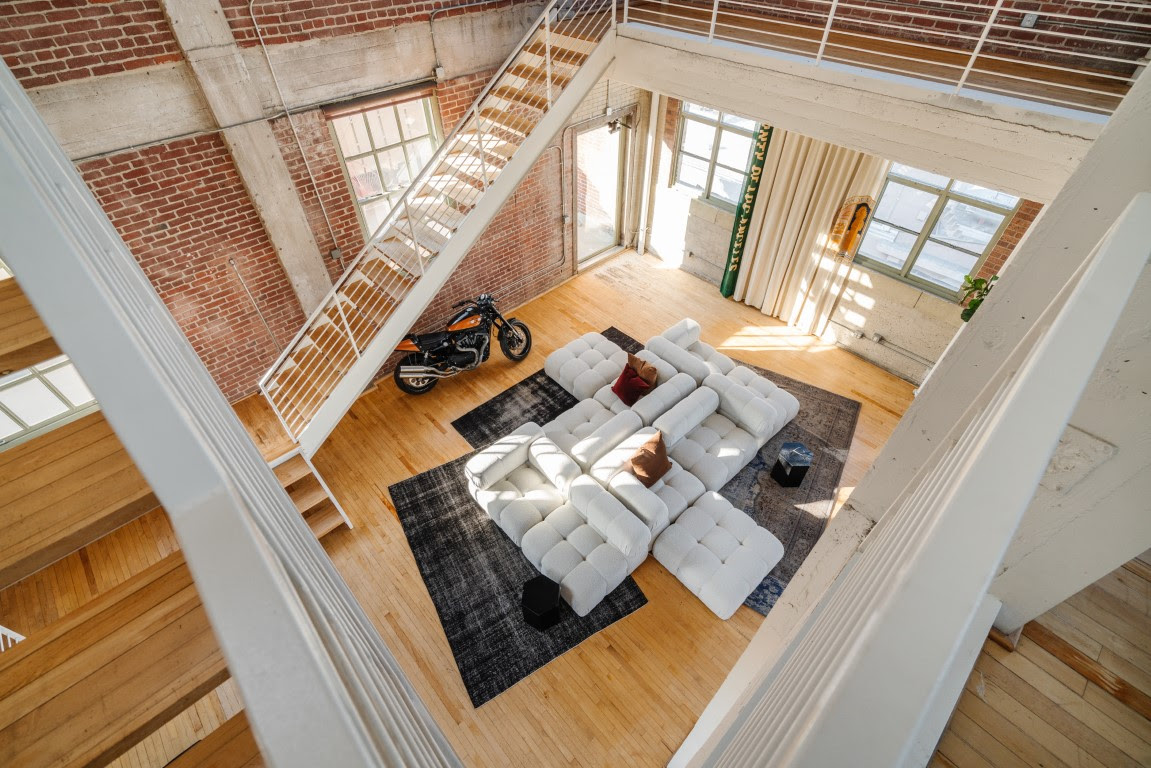 Just as “Fast & Furious 10” is starting to film this month, scheduled to debut in May, its Taiwanese-born American film director, Justin Lin, has put his historic Downtown Los Angeles penthouse on the market, located in the thriving LA Arts District.  Originally constructed in 1925 as the West Coast headquarters of Nabisco, it was converted to a live/work community in 2007.  For the last few years, Lin has used the penthouse as an office for his production company, Perfect Storm Entertainment, with residence above.  It is now for sale at $7 million.