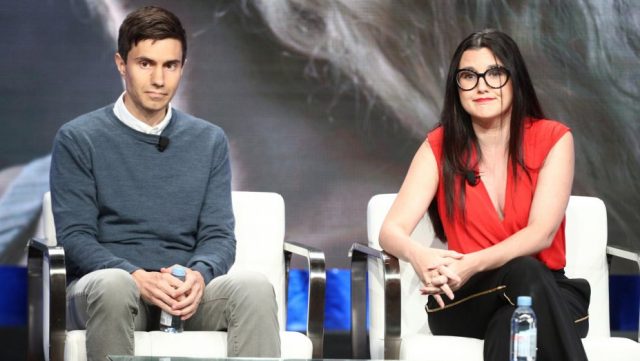 “Facebook’s mission is to bring the world closer together. People use Facebook to stay connected with friends and family, to discover what’s happening in the world, and to share what matters most to them,” said Fidji Simo by way of introduction.

“Our process for deciding what to green light is to ask ourselves the question, ‘Would this series either not work or not be as good if it weren’t on Facebook?’ And that’s the fundamental litmus test that we use to figure out what shows to do,” said Ricky Van Veen concerning Facebook Watch content.

Facebook Watch is a platform that is open to all creators and publishers. Engaged communities are essential to the success of non-celebs who regularly post their own content.

What does it take for an online platform to get serious with original content? “From my point of view, I think it takes a show that breaks through and becomes part of the cultural zeitgeist,” said Ricky Van Veen.

Fidji Simo added, “And also our breakouts may look different than what you would expect on other platforms, because we’re not going for big prestige TV drama. We are really going for shows that trigger conversation.”

Distribution of inaccurate or offensive Facebook Watch content can either be limited directly by the company or indirectly by messages to viewers. But Facebook Warch fully believes in freedom of speech for news shows. “We are really trying to offer programming that shows a range of the political spectrum when it comes to news,” said Fidji Simo.

Facebook Watch has a long-standing relationship with Hollywood and takes the company’s public profile very seriously. If the Zuckerberg team seems weak on clamping down on things like lies, this will obviously impact the fate of Facebook Watch.

The forthcoming Facebook Watch show SACRED LIES was based upon a book by Stephanie Oakes that was in turn based upon the Grimm fairy tale “The Handless Maiden.” Ricky Van Veen thought that literary adaptations like this should already have an existing community around the original text given the platform’s focus upon conversation and community. It also helps if entertainers already have a big Facebook following to get the word out about new Facebook Watch projects.