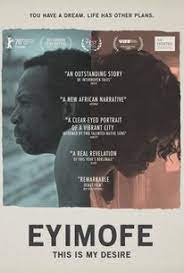 Los Angeles, CA (The Hollywood Times) 7/29/21 – Opening at several of the Laemelle theatres in Los Angeles on July 30 is an interesting film from Nigeria – Eyimofe (This Is My Desire) (2020). Written and directed by first-time filmmakers and twin brothers Chuko and Arie Esiri, Eyimofe is a charming and multi-layered humanistic saga that captures the lives and dreams of ordinary people in Lagos, Nigeria. The film provides a vivid sense of place and presents a moving exploration of personal tragedies and triumphs. Fate consistently intervenes, as do bureaucratic entanglements and dodgy financial deals. Told with empathy by Chuko and Arie Esiri, this subdued narrative reflects the rhythms of daily life as it weaves a vital portrait of ordinary people struggling to rise above the daily grind in a vibrant African city of Lagos. Eyimofe is part of a promising new wave of Nigerian cinema which seeks to break away from the shadow of “Nollywood,” which turns out more than 2500 movies annually and is only behind Hollywood as the biggest producer of movies in the world. 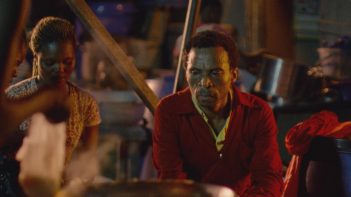 The feature debut from the Esiri twin brothers, Arie and Chuko, opens on a chaos of red, yellow, green and black electric cables, echoing the currents of desire which animate the film. Eyimofe (This Is My Desire) is a tale of restless mobility and broken dreams of migration across Lagos, told from the perspective of Mofe (Jude Akuwudike) and Rosa (Temi Ami-Williams). Passports function throughout as sacred objects to be touched, caressed, circulated, displayed, constantly asked about and gazed at silently, religiously – the green tones of the Nigerian passport haunting Arseni cinematography. 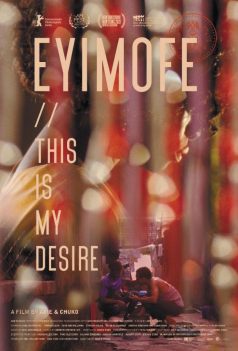 While these documents individualize, the movie exposes the intricate web of entanglements Mofe and Rosa find themselves in, making migration as an individual journey difficult, even impossible. (Mofe dreams of Spain, in the film’s first part; Rosa of Italy, in the second.) Mofe takes care of his siblings because his stingy father won’t help them. Rosa looks after her pregnant sister Grace (Cynthia Ebijie), sent to live with her from the village. Both characters are engulfed in the Kafkaesque nature of Nigerian bureaucracy and the constant need for copious naira banknotes to kickstart the machine.

Despite the attempt to establish a symmetry between Mofe and Rosa, her part feels a bit less textured and intimate than Mofe’s. Rosa is a hairdresser by day and waitress by night. While we get a sense of the craft at play in Mofe’s profession, with long takes following the intricate pathways of the electric circuits and close ups of his hands at work, hairdressing does not get the same focus. Instead, this kind of minute attention is shifted onto Rosa’s relationships and the material gains she makes from them, as well as the all too familiar scripts of juju oaths and her future prospects, whether marriage in Lagos or the implication of prostitution in Italy.