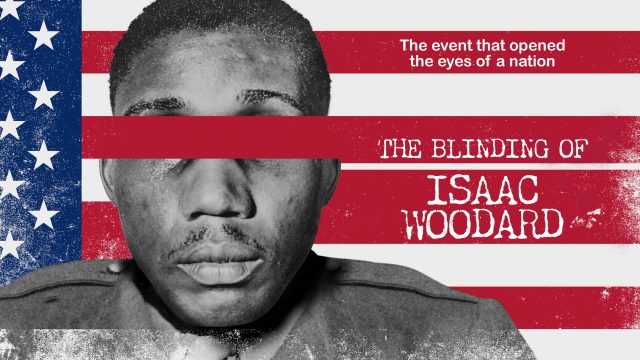 Los Angeles, CA (The Hollywood Times) 3/30/21 – In its emergence in 2013, the Black Lives Matter movement raised awareness about police violence against Black communities. The national media has also raised awareness about racism in policing, but this problem isn’t new, rather, it is a continuation of a problem that stems from America’s history of slavery and how the American Reconstruction era navigated its trajectory during the post-Civil War period. PBS’s documentary, The Blinding of Isaac Woodard, reveals an incident where a soldier lost his eyesight because of unfair policing and the legal battle that ensued. Executive producer Cameo George explains, “On February 12th, 1946, Isaac Woodard, Jr., a Black Army sergeant on his way home to South Carolina after World War II, was taken off a Greyhound bus after a heated exchange with the driver, who refused to let him off at a rest stop to use the bathroom. What happened next would shock the country, dominate newspaper headlines, and ultimately change the course of American history.” While these events were newsworthy at the time, the individuals involved in the documentary describe how these events parallel our contemporary conversations about racial inequality.

Aspects of the documentary highlight how Isaac Woodard’s account has far-reaching consequences for today. Producer Jamila Ephron noted, “We did most of our principal photography at the height of the George Floyd protests in June. It was a very surreal time to be making this particular film because in many ways the story we are telling is redemptive, but it felt at the moment, how have things changed? So, it was actually a question that came up a lot in our interviews.” Additionally, lawyer Sherrilyn Ifill explains, “What’s important is for people to understand that the issues of police violence against Black people have been with us throughout the 20th century and that civil rights groups have been working and advocating and pushing on this set of issues for a long time. For example, Thurgood Marshall represented the Groveland Boys in 1951; they had been assaulted by a law enforcement officer in Florida and one of them was killed.” Black communities have had to navigate biased police systems long before the emergence of Black Lives Matter, and yet these police systems have not changed in ways that can mollify police violence against Black communities.

Advertisement
While the documentary presents nuances that highlight Isaac Woodard’s particular struggle against police brutality and racist legal systems, this documentary is important overall because it can inform discussions about racism in America and the structural issues that Black communities have faced that have prevented conversation about these topics. Ifill explains, “That’s why the book and this film are so important because, at the end of the day, Black people have not had the agency to be able to tell our stories.” In addition to the structural issues that have prevented Black communities from discussing their experiences, there was also a silence in Black communities that Ifill describes as preventing others from telling these stories: “I have written about lynchings and near lynchings, and one of the reasons I wanted to write about them is because there was this veil of silence that dropped over these events, that Black communities were held in virtual terror. In fact, when an incident like this happened, there would be even more silence around it, because it was understood by the Black community that if you spoke about it, you could be subjected to violent reprisals.” Thus, the documentary can speak on these issues, and you can watch the trailer for yourself for more information:
https://www.pbs.org/wgbh/americanexperience/features/blinding-isaac-woodard-trailer/ 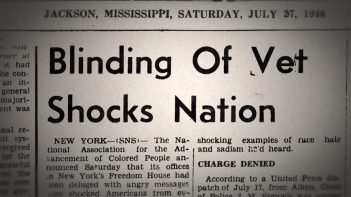