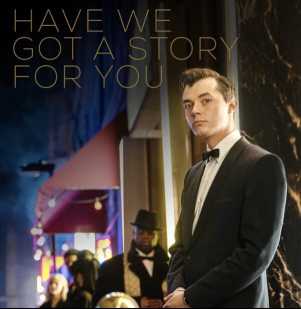 Hollywood, Ca (The Hollywood Times) March 28, 2019 – EPIX President Michael Wright held a sneak peak screening of two unseen episodes of the upcoming Pennyworth on March 27th at the SOHO House. Unfortunately, Michael Wright was still recovering from a skiing accident and couldn’t attend – but he’s on the Bat-mend. Set in a stylish DC 1960’s version of London (20 years before Gotham) – Pennyworth reveals the origin of Alfred Pennyworth – legendary butler of Bruce Wayne – who is on his quest to save the country from sinister forces that threaten the crown. The 10-episode, one-hour drama trails Alfred Pennyworth (Jack Bannon) – a former SAS soldier who forms a security company and goes to work with a young billionaire Thomas Wayne (Ben Aldridge) before he’s Bruce’s father.

Jack Bannon so convincingly brings the voice of a young Michael Caine with such ease it’s as if the elder statesman has drank a forever young potion and taunts Father Time with us. Pennyworth’s a devilishly clever show from executive producer/writer Bruno Heller (Rome, Gotham) and executive producer/director Danny Cannon (Gotham) and Warner Horizon Scripted Television.

Cannon has stated in the press: “We had a test audience and there were only so many who knew it was a DC- related series. It was incredibly positive and that’s because the characters are being drawn out. There’s so much to draw from and so much to imagine.” While also promising a completely unhinged – R-rated series.

The cast regulars include, Ryan Fletcher (Dave Boy) and Hainsley Lloyd Bennett (Bazza) as lifelong friends of Alfred’s from their former army days. The comedic duo get into delirious riff-raff as and they try to keep Alfred safe in this darkly poetic setting. It seems Jack the Ripper has descendants with plenty of room with surprises for Bat-fans whilst attracting a new audience – it’s that smartly crafted.