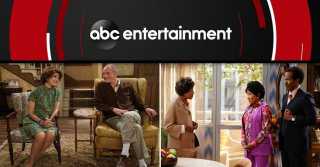 EXPERIENCE ABC’S ‘LIVE IN FRONT OF A STUDIO AUDIENCE: NORMAN LEAR’S ‘ALL IN THE FAMILY’ AND ‘THE JEFFERSONS,’’ – FROM JIMMY KIMMEL, AT WESTFIELD CENTURY CITY

Fans can experience ABC’s hugely successful, star-studded live sitcom event “Live in Front of a Studio Audience: Norman Lear’s ‘All in the Family’ and ‘The Jeffersons,’” from the network’s late-night host Jimmy Kimmel, at the Westfield Century City for a limited time only from Tuesday, June 11-Sunday, June 16. Hosted by Kimmel and television icon Norman Lear, directed by 10-time Emmy® winner James Burrows and produced by Sony Pictures Television, the legendary night of television aired on May 22 on ABC and is available on ABC.com, ABC’s FYC site and Hulu.

Critics called the live sitcom special “a nostalgic, comforting love letter to TV” and hailed “the cast … was superb.” “Live in Front of a Studio Audience: Norman Lear’s ‘All in the Family’ and ‘The Jeffersons’” is for your Emmy consideration for Outstanding Variety Special (Live) and in all categories.

Fans are invited to take part in this epic television event with the Bunker and the Jefferson families by taking photos on Archie and Edith’s iconic chairs and inside the Jeffersons’ beloved living room. The first 100 guests will be given a T-shirt emblazoned with the show logo. Fans and visitors to Westfield Century City can interact with the sets, take photos, view actual costumes from the show and get up close and personal with the homes of the Bunker and Jefferson families.

From 1971 through 1979, “All in the Family” was in the homes of millions of Americans, tackling controversial subjects for the first time such as women’s rights, racism and homosexuality. The series followed Archie Bunker as the highly opinionated, working-class family man who viewed the world on his terms. When not arguing with his liberal son-in-law, Archie took refuge in his wife, Edith, who tried to understand Archie’s conservative ways and outdated beliefs. The award-winning series shaped ongoing political and social conversations among American families in the post-civil rights era.

The success of “All in the Family” launched “The Jeffersons,” running from 1975 to 1985. It was the first television series to feature an interracial couple, and it would go on to be one of the longest-running African American shows on TV. The series followed George and Louise Jefferson moving on up to the east side and showcasing what it was like to be successful in a predominantly white world. The series changed the landscape and helped shift conversations about race and class, paving the way for other African American actors and TV shows.

“Live in Front of a Studio Audience: Norman Lear’s ‘All in the Family’ and ‘The Jeffersons’” was produced by Smoking Baby Productions, ACT III Productions, Gary Sanchez Productions and Sony Pictures Television. Norman Lear, Jimmy Kimmel, Brent Miller, Will Ferrell, Adam McKay and Justin Theroux served as executive producers; and the live special was directed by James Burrows.