Pasadena, CA (The Hollywood Times) 1/15/20 – Steve Backshall, BAFTA-winning adventurer and wildlife expert has been doing wildlife television programs for twenty years now, mostly with the BBC, programming worldwide. He is well-known for his adventures with predators- venomous snakes, spiders, scorpions. With sharks and crocodiles, big cats, and wolves- predators excite this wildlife expert.

Adventurous since he was about a year and a half, his parents remember fondly, Steve disappearing from his crib and finding this curious tyke, covered in flour downstairs or in the compost heap gathering worms. His childhood on his family farm, piqued his curiosity for animals and nature.” I just used to run feral as a child just disappearing off kind of exploring seeing what I can find. That got me massively into nature into the outdoors and they [my parents] very much encouraged it and I’ve kind of been doing it ever since.”

In his new series, EXPEDITION WITH STEVE BACKSHALL, Steve takes you on a wild ride setting foot on territory where no human has been before. The premier of “World First,” explorations on Wednesday, January, 15, 2020, 10-11 p.m. ET. on PBS. Here is what you should expect from the show: “There are a lot of close calls. There is more danger than I probably would’ve liked. There are extraordinarily exotic locations. There are places that are so far away from the modern world and civilization and that represents paradise that represents the world as it was before human beings arrived and that shows us the very best of what nature has to offer. And in terms of places that there are still left to visit, I think the thing that I’ve been most affected by, over the making of this project, is how much there is left to do. The whitewater river run that I was telling you about in Bison in Himalayas, we came to the end of that expedition and felt like we’d achieved something enormous but down below us to the south, the river carried on for miles and miles and miles and there was a whole other expedition left there to be done.”- Steve Backshall 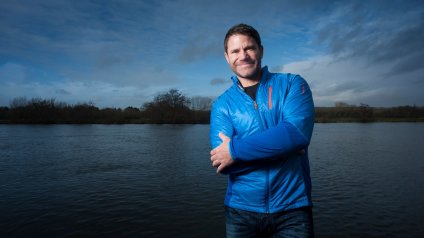 The Hollywood Times was able to get an exclusive interview:

What scares this adventurer?

Steve- “In terms of wildlife, I think the greatest threats to human beings are massively overstated. I think the wild animals are very rarely of any real danger to, to us as humans. I’m far more frightened at the things that we people are doing to our planet and it’s something that, over the course of this expedition project, I see over and over again. Even in parts of the world where human beings have never been, “our hand” is still evident. For instance, being up in arctic Greenland, in a part of the plant where you know what, there are no human beings and there are hundreds of miles in every direction, and yet, the effects of climate change are incredibly evident probably more evident there than anywhere else on Earth. 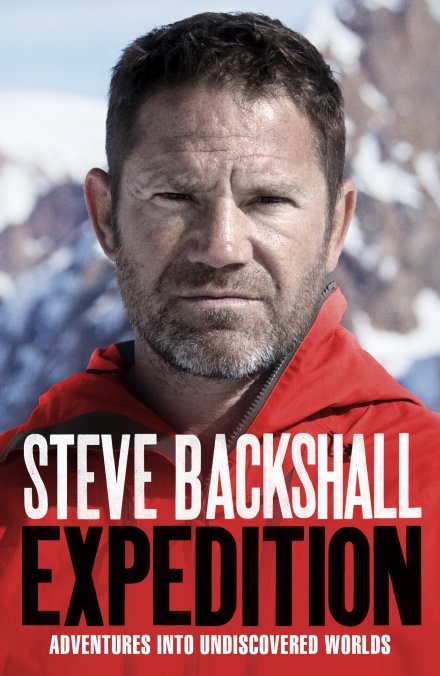 And you know diving in the cape system below the Yucatan Peninsula, in Mexico, we were finding pollution, but it had leached its way down through into the water course through the cities and towns around this cape even though the capes themselves, had never before been unrelated had never had a human being go into them.” 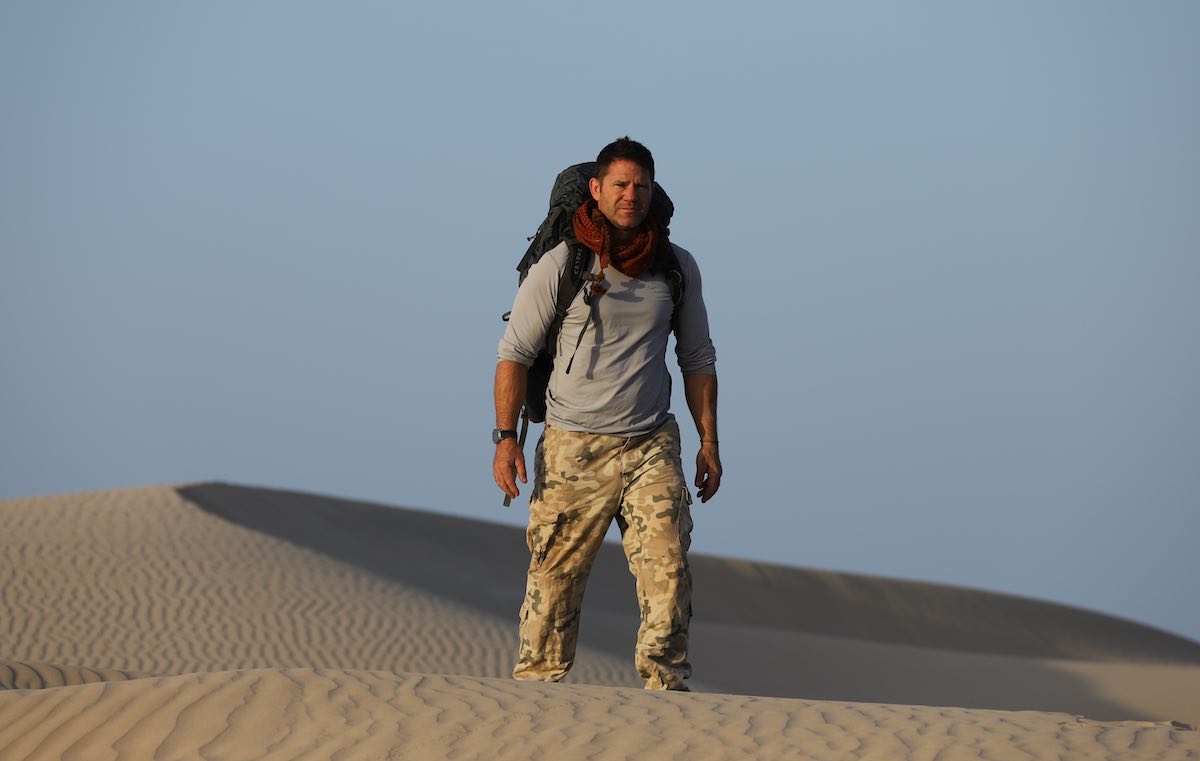 What is your perspective on global warming and what would you want the world to know them from your experiences?

So, [pause] I think that particularly the Arctic, provides the most damning in question of how anthropogenic climate change is unquestionably happening. So you just need to speak to local people in the Arctic, they have been living there for thousands of years, they have very strong, old tradition of the rivers of their world, and they will tell you how in just the last few years, the pack ice is forming later than it ever has been before its melting earlier than it has before which is forcing huge changes in the animals. For example, polar bears that rely on that pack ice for their food and all of a sudden, they’re being driven their land and being driven into contact with human beings, perhaps even to graze in human rubbish dumps to be able to find food. 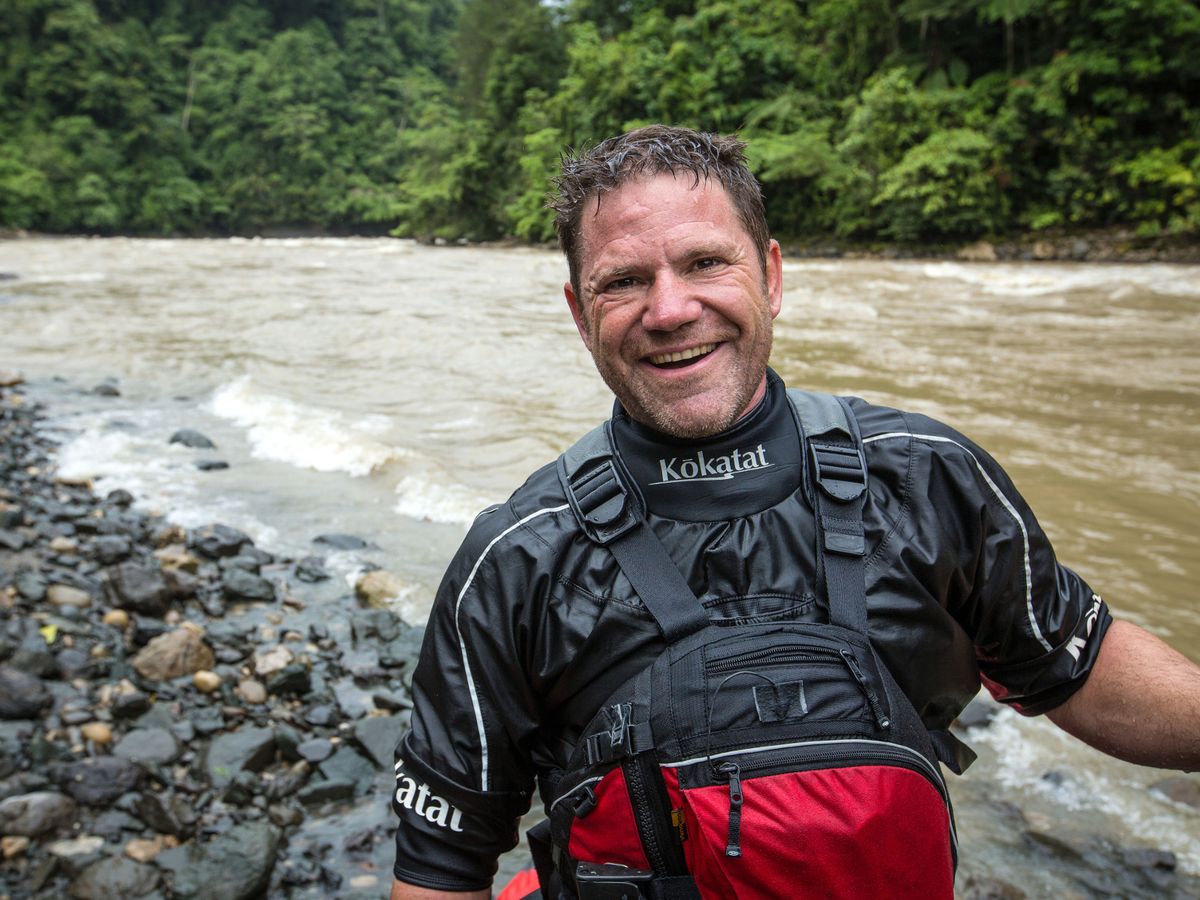 They have fish in there seas that they’ve never seen before. They have insects turning out in the Summer that they don’t even have names for, and the glaciers around them disappearing at a rate that is just impossible to comprehend. The temperature is different from there is far more dramatic than it has been in other parts of the world and it is having an impression that you can see and touch and feel it’s not just numbers on a on a chart or statistics.

What is your hope for young people watching your new series?

Steve- “I think that that’s really important that sense of adventure is something which I feel drives an awful lot of people. It drives their ambition. It drives their creativity and they’re excited about an actual world and I think that if even one young person was to watch this series of think, “Yeah, that’s what I want to do. I want to spend my life outside having the adventures,” then I think that I consider my job well done.”

“I think that having studied wildlife my whole life the things that really surprises me is, how much I have left to learn. The great thing about the natural world is it is just infinite and there are at least eight hundred thousand different kinds of beetles. Nothing else that beetle. Eight hundred thousand kinds. You could study nothing else but water fleas for the rest of your life and you would see something new every single day. And that for me is just the best thing ever. I do remember being a kid and sort of like, every night I would be under my duvet covers with an animal encyclopedia and a torch learning stuff about animals and thinking, one day, one day, I’m going to be omnipotent. I’m going to know everything about animals, but that day will never ever come for anyone. The wild world has so much complexity, so much thrust left to learn, and new species to discover. I was incredibly privileged that just a couple of weeks ago some scientists named a new species of toad after me in an area of forest I’ve managed to fundraise and buy and save and yet, they named this new species of toad: Beckshall Lumped Toad. I’m not sure if I should be offended or impressed to be honest.”