Los Angeles, CA (The Hollywood Times)  1/21/2021 – With shows like Charmed and Riverdale, CW is known to integrate fantasy with interrogations of our social and political climates. Its new show Walker, a reimagining of Walker, Texas Ranger, focuses heavily on a white male protagonist in Texas, but after watching I understood its inclusion on the network. Walker serves as an interrogation of American white masculinity in an age where these identities are in crisis. Portrayed by Jared Padalecki, the show follows Texas Ranger  Cordell Walker unraveling the mystery of his dead wife, navigating the relationship with his estranged daughter, a professional partnership with a coworker of color, and his role as a Texas Ranger.

These external conflicts provide the basis of internal conflicts, namely: how Walker navigates the relationship of his dead wife, his familial relationships, and, ultimately, a world that empowers non-white men. Padalecki suggests, “This is about the Walker family and the families that are built that aren’t just simply blood.” These familial relationships are couched within a bedrock of sociopolitical commentary. Padalecki remembers, “A few years back when there were a lot of people coming to from South of the American border to America, I read a story about a law enforcement agent who couldn’t bring themselves to put a three-year-old in a cage and take them away from their parents. That empathy struck me as something caught between a rock and a hard place, where you’re bound by duty but you still have moral code and you see people as human beings, not as perpetrators.” 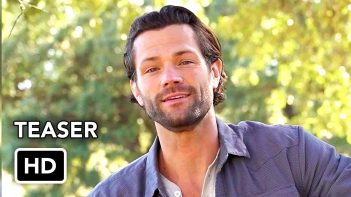 While Walker itself is about family and relationships, it also comments on the changing nature of traditional white masculinity. Interestingly, the show contextualizes this behavior with Walker’s pattern of aggressive behavior. In the past, these behaviors would have been explained by a commonplace culture of toxic masculinity, but now these behaviors are no longer accepted, as when Walker is chastised by his Latinx patrol partner, Micki Ramirez (Lindsey Morgan), and their supervisor, Captain Larry James (Coby Bell). The viewer sees Walker’s lackadaisical expression as an indicator that Walker’s entitlement no longer has a place in civil society. 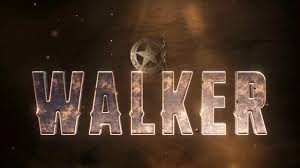 In contrast to when he starred in Supernatural 15 years ago, Padalecki explains “The world we find ourselves in now is very different.”  Similarly, Ramirez says the producers were “doing a completely new re-imagining of this Walker and this world. And, though I love Chuck Norris and I’m a big fan of all of his Kung Fu-ness, I love that we’re bringing a new world to Walker and that I get to represent a Latina ranger. I feel like it’s pretty monumental, and I feel very honored.” Morgan continues, “When I had signed on originally for the show, it was pre-BLM movement and pre-COVID and pre-everything. So while I was kinda waiting for the show to begin, the world began to drastically change. And I feel like the show was also changing with it. In a way, it became this unsuspected blessing because suddenly a show about law enforcement in a very divided state such as Texas means so much more now today than it would have pre-2020.” Echoing Morgan’s perspective, Bell mentions, “We live in a country that’s literally built on racism and the aftershocks are still being felt in the law enforcement system and the political system. But at the same time, I think it’s important to tell stories about the people that are trying to do it right.” Thus, the actors understand that they’re taking part in a reimagining of a world that was dominated by white men. Walker has to learn how to embrace “nurturing aspects” of his personality that runs counter to Walker’s “macho” personality and is forced to accept the changes of a world that no longer centers on his experience. From the scene where Walker’s son educates Walker’s father on acceptable language to describe “Mexican Americans,” to Walker acknowledging the tribulations of undocumented Americans, Walker is forced to shift his world view. This is especially true when Walker learns his new patrol partner is a Latinx woman, and how he awkwardly relates her personal background to her occupation as a police officer. In these examples, Walker navigates relationships and experiences that are now transforming white masculinity. Thus, Walker will be a serious examination of white masculinity in an age that calls for the acceptance of diversity and a repudiation of toxic masculinity. Padalecki explains, “this is more about the human experience and about posing questions, not for speeding answers down our audience’s throat. And posing questions not just to those who watch the show, but to those that are filming the show.” Furthering Padalecki’s comments, Morgan says “I love that my character is placed in a position of these two worlds and these two kind of warring communities, and I hope that we can tell a story of tolerance and a story of two perspectives. . . . Hopefully our story can inspire others in their lives and bring more tolerance and more understanding to both sides of the coin.” It will be interesting to watch how this series grows and how the episodes navigate these themes and conflicts.