Los Angeles, CA (The Hollywood Times) 6/4/18 –  ‘I spent 27 years in prison for a crime I did not commit’, said one of the subjects of TV One’s new limited crime series, a four-part series, hosted by superstar attorney, and former President of the National Bar Association, in association with Emmy and NAACP Image award-winning producer, Rushion McDonald, in collaboration with Jupiter Entertainment. Showcased during a 1 hour and 30 minutes, May 9, 2018, media teleconference moderated by Tosha Whitten-Griggs TV One’s  SVP, Public Relations.

Journalists from around the country were contacted, given a password to see the series pilot trailer, which is the first of a 4 part series, airing June 4, 2018 10 Pm EST, 7PM CTL, featuring the harrowing plight of wrongfully accused for murder, and mother of one, ex-US veteran Lisa Roberts. The facts presented show that DNA science and triangular analytics of her mobile phone records were barred, though these records would have most certainly manifested irrefutable prima facie evidence clearing her of the murder charges and would have established a clear-cut alibi for her. Her plight takes the viewer through her anguish, against seemingly almost insurmountable odds, while her mom passes away, daughter has her first child and life seemingly is poised to cold-bloodedly pass her by. Miracles however abound as she and several attorneys which she has found as she scoured legal precedents and letters, by phone with her almost limitless free time behind bars. We witness the re-enactment of her new trial, which was vehemently resisted by the law of her arresting county, and almost scream and cry for her when a new trial is allowed and DNA science and triangular analytics of her mobile phone records finally are used to free her.  The other trials via shows which will follow are Mark Schand (June 11), sentenced to life for murder; Richard Miles (June 18) sentenced to life for murder; Melonie Ware (June 25) also sentenced to life for murder of a child in a daycare center run out of her own home.

The journalists’ seemed to wreak of despair and in fact one said, “Is God enough”? Other speakers joined in on this black demographic stalwart, and ultimately there was a light lit or which seemed to gleam at the end of the US ‘s broken and disparately unleashed , seemingly against the marginalized tunnel. TV One, property of Urban One, Inc. aka, Radio One, Inc.

[NASDAQ: UONE and UONEK, www.urban1.com]; Urban One has the lion’s share of America’s black demographic and is the largest  African-American owned multi-media company. TV ONE  is home to Unsung, Rickey Smiley For Real, Fatal Attraction, and The NAACP Image Awards, AND THE MONSTER HIT,  “Empire”. The media teleconference/audience line, led by Tosha Whitten-Griggs, TV One’s SVP, Public Relations, augmented by an operator who announced each call, and gave the demarcation point of proper question asking etiquette before relinquishing the floor to Tosha, started at 2:00 p.m. ET/11:00 a.m. PT: Media/Audience Line, upon which journalists were placed in cue and speaker and participant groups were co-mingled from 2:05 p.m. ET/11:05 a.m. PT till 3:30 p.m. ET / 12:30 p.m. PT:

This new show, called, “Evidence of Innocence”, seemingly seeks to illuminate judicial disparities in the treatment of the so-called marginalized. Clearly facts existed,  that upon being examined would have clearly,  irrefutably, vindicated, proving via a prima facie evidence dynamic that a not guilty verdict and in many cases,  no trial at all would have protected legally “unarmed” blacks.—-low-income people of color.

Some journalists cited social media clips that went viral that showed blacks being shot, strangled to death, while descendants of the civil rights era, via Martin Luther King Jr, remained nonviolent,  espousing reasons and benefits  resulting per evidence of civil disobedience. Some questioned what will work, Some reviewed current events citing the fact that “even having had a black president, in Barak Obama hasn’t changed anything “. That sentiment ranged from almost despair to guarded rage. 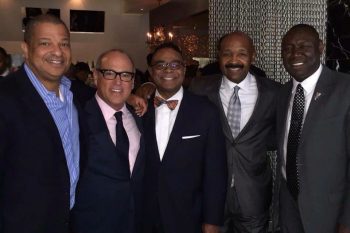 Furthermore, a journalist did beg to differ, having survived the  bleak sixties. He went on to point out the different laws that are working and the various jobs that blacks, though once seemed unachievable, that are now something that blacks can have. Still, “Is God enough”, echoed not only, throughout the media/audience teleconference,  as innocent people are wrongfully  charged and still fight , fight for vindication and release.

“Evidence of Innocence is a great show to create discourse and maybe help blacks of the post Martin Luther King, Malcolm X, Medgar Evers era , finally find their way. Not by blaming politicians, but by coming together by the best of means possible–civil disobedience, collective intelligence and with faith as their beacon and guiding light?  This show may give inspiration and keep people from despairing as they hang on every word and see that ultimately, right wins over wrong–good defeats bad.