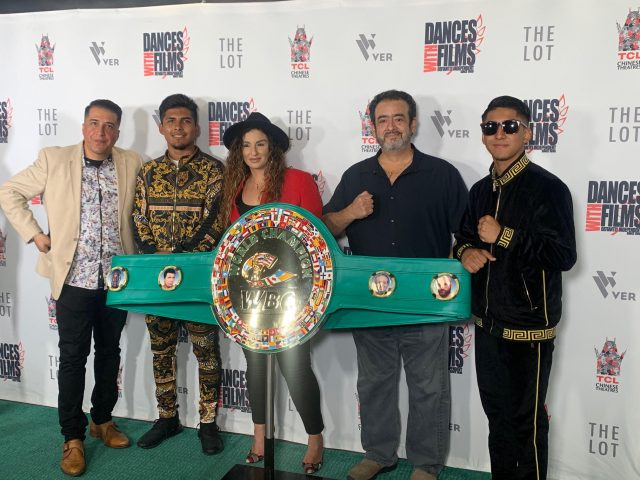 Los Angeles, CA (The Hollywood Times) 9/12/21 – The green carpet experience for “Everything But Fear” was a multicultural experience in itself, highlighting the diversity of Francisco Mendez’s fans and legacy.  This true story is what inspires us: actual good works in the community, true mentorship through a sport and now, a movie to bring the story to new audiences. 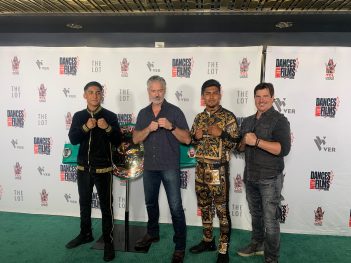 Everything But Fear is a short documentary about Francisco Mendez, a renowned boxing trainer and founder of Mendez Boxing, New York City’s premier boxing gym. “Tenemos todo menos miedo” – “we have everything but fear” – is a phrase that guided Francisco from rural Mexico to 26th street in Manhattan, and this film is a testament to everything that he achieved as well as what the New York City boxing community lost when he died of COVID-19.

Everything But Fear had its West Coast Premiere at Dances With Films Festival on September 7th, at 4:30 p.m. at the TLC Chinese Theater in Hollywood, attended by many of the actors and boxers featured in the short. 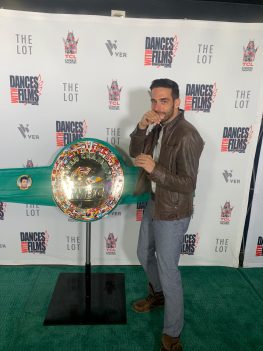 Mendez Boxing is located a few blocks from Madison Square Garden and welcomes new boxers, amateurs, and professionals. It’s also where some of the best trainers in boxing work, and this combination of personalities, skill levels, and styles has made Mendez Boxing one of the best boxing gyms in the country.

As a trainer, Francisco taught a traditional, Mexican style of boxing, which was to keep moving forward in the ring. From training countless fighters to building his gym to beating cancer, Francisco always kept moving. Everything But Fear shows how one man rose from humble beginnings to establish a name that will always be associated with hard work, family, and the community of boxing.

“During the COVID-19 shutdown in New York City, I walked by Mendez Boxing and saw flowers and condolence notes in front of the gym’s locked doors. I called Ricky Ray Taylor, a trainer at Mendez, and he confirmed that Francisco Mendez, the founder of Mendez Boxing Gym, had fought then died of COVID-19. It was shocking news, as I had trained many times at Mendez and saw first-hand how the incredible sense of community there flowed from Francisco. After I got off the phone with Ricky Ray, we knew we had to tell Francisco’s story” said Director Bryan Brousseau. 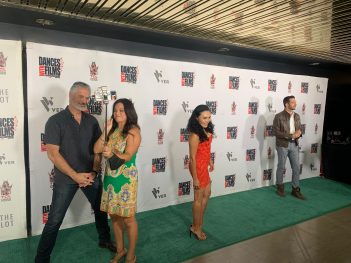 Filmed during the height of the pandemic in New York City, his initial goal was to tell the story of Francisco Mendez as a boxing trainer within the New York City boxing community. But as he interviewed trainers, boxers, and family members, he soon found out that his story was much bigger. Mendez’ whole life was defined by family, hard work, and the pursuit of the American Dream.

The green carpet attracted up and coming Hispanic talent, such as filmmaker Miguel Angel Ferrer, who wrote and directed “DeMonica” and actually crossed over by foot into Venezuela from Colombia to film the powerful scenes in the movie.  Actress Sandra Santiago, who filmed her first horror movie ever, “The Sleep” was excited to share her experience with the movie, and to attend the premiere of “Everything But Fear”. 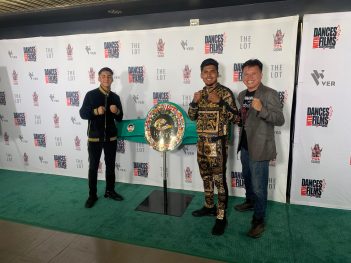 These values were the overarching theme of the movie, which captured the love the boxers had for Francisco and his realized vision.  Now the legacy will live on, with a new generation of boxers, including a young generation of boxers from Pico Rivera, all under 20. Pro boxer, Angel “El Moreno” Rodriguez from Mexico, 17, is unable to compete in America due to age limits but once his 18th birthday approaches, he will be here to compete. Nathan El Morenito Rodriguez, 19, can now be seen in local tournaments in Pico Rivera in late October. Both admire the work of Francisco Mendez and represent the future for boxing and Mendez’s values of hard work, achievement and the love of sport.