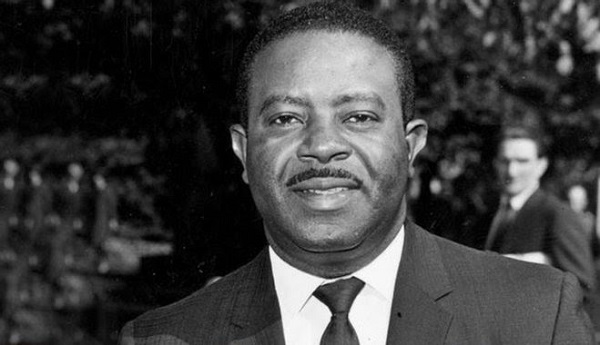 Los Angeles, California – 03.11.2021 – EURweb.com has rediscovered “The Book” that many people familiar with the Civil Rights Movement may remember reading or were told to boycott.  The title of the book is “And the Walls Came Tumbling Down.”  The 620-page book was penned 32 years ago by Rev. Ralph David Abernathy, who co-organized and co-led many of the Civil Rights Movement’s epic marches, protests, and sit-ins throughout the South and North with his best friend Dr. Martin Luther King, Jr. Don W. Saint-James reviewed the book recently for Lee Bailey’s EURweb.com, to commemorate the late Abernathy’s March 11th birthday. Abernathy would have been 95 if he had lived.

While the book is an autobiography of Abernathy, his intent was to give readers an up-close look at the Civil Rights Movement of the 1950s into the ‘60s.  It was touted to be the best book to chronicle Abernathy’s and King’s early days of orchestrating the Movement.  The book instead created controversy, when six pages of “And the Walls Came Tumbling Down” centered on King having extramarital sex with women, including two separate encounters in Memphis less than 24 hours before he was assassinated in April of 1968.  And when a third woman came looking for him, according to Abernathy, King and the woman engaged in a physical altercation.  King died in Abernathy’s arms after being shot on the balcony of the Lorraine Motel in Memphis.

When the book was published in 1989, more than two dozen prominent civil rights advocates of the ‘50s thru the ‘80s, issued a collective statement calling the book “slanderous” and an “untrue” depiction of King.  Many called for Abernathy to retract what he wrote, which he refused, stating the book was true.  The advocates called for the book to be boycotted.

“And the Walls Came Tumbling Down” was largely ignored by a large sector of Black people, even though it chronicled the most comprehensive look at the Civil Rights Movement and Abernathy and King’s huge contributions.  For many people, they don’t have a clue who Abernathy is or that his indelible fingerprints are on the 381-day Montgomery Bus Boycott that sparked the Civil Rights Movement in 1956, after the arrest of Rosa Parks, who refused to yield her seat to a white man. The Boycott ended after it brought the Montgomery transit system to its financial knees, and when the United States Supreme Court ruled that segregation on city busses was unconstitutional.  Abernathy and King also co-founded the storied Southern Christian Leadership Conference (SCLC) in 1957.

Abernathy died on April 17, 1990, less than a year after “And the Walls Came Tumbling Down” was published.