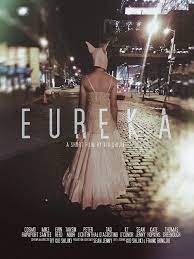 Los Angeles, CA (The Hollywood Times) 10/6/21 – Perhaps the biggest takeaway from watching the “Eureka” short is the desire for a full length feature and the excitement over promising up-and-coming director Miida Chu’s future work.

“Eureka” follows the story of a young indentured Chinese prostitute who must overcome her toxic dependency on the brothel madam on the eve of the 1885 anti-Chinese riot in Eureka, California. The film features Cici Lau and Ying Yue Joyce Chong, who recently starred in the hit Hong Kong TV shows Lo And Behold and Fraudstars.

“Eureka” is an official selection for the 2021 Oscar-Qualifying HollyShorts Film Festival, and screened on September 27, 2021 during the Period Piece block to overwhelmingly positive audience reception. It is also in the running for the Best Short, currently playing on HollyShorts’ Bitpix platform.

Starting with the obvious, “Eureka”’s cinematography and attention to detail in costume design and set dressing were impeccable. But it’s the story and acting that capture the powerful relationship between the brothel madam, Mrs. Ma, and the young 18 year old Longlong, who were both captives in a foreign country, specifically Eureka, California during the height of anti Chinese sentiment in 1885.

My interview with director Miida Chu touched upon how her personal story played into the bringing to life of these characters and the choice of the period piece and this specific moment in history. In a feature film, Miida stated that she would include more fantastical elements as there is a lack of proper documentation on the history of the Eureka attacks but also cited the initial interest from her high school years in Michigan, her fascination with the copper industry in the Upper peninsula and how that led to the interest in the Eureka attacks via the trans continental railroad built by the Chinese immigrants.

That personal story and interest has a deeper dimension, in Miida’s struggle with her own identity in America, as a Chinese who wanted to eradicate her Chinese-ness. But yet this movie is full of pride for the culture and empathy for the women who suffered.

Miida, through this movie,would dig deep into her relationship with her mother and the rebellious spirit that would ultimately give life to the character, Longlong, to propel a rebellion against her brothel mother after previous failed attempts to leave her captivity.

Miida talks about destroying her previous identity to create a new one, parallel to her immigration to the United States for high school, and the struggles that come along with assimilation and balancing her mother’s pushing of her to learn how to play traditional instruments like the Er’hu. Miida states how much she loves the beauty of the instrument but simultaneously resented the pressure from her mother to play the instrument.

This dichotomy and struggle is real and powerful, as any Asian American can relate to, and it came out in the film, parallel to Longlong’s struggle with her brothel mother, Mrs. Ma. From the initial meekness in the opening scene to a powerful scene in the end, we see a depth in understanding of the situation and an ensuing evolution, complete with empathy for her captor. Longlong understood her brothel mother was also in a situation she didn’t want to be in.  Mrs. Ma worked off her indentured servitude and hoped for the same path for young Longlong. This was the only way she knew how to survive in a foreign country. Because of this, what she taught was all she knew. Longlong, in contrast, was willing to jump in the unknown to see beyond that and did not want those lost years and rejected that role model for something new.

In a way, this movie feels autobiographical as we watch Miida on her own journey as a filmmaker.  Her next projects will be to develop this into a feature film, but she is also working on a film with aliens, exploring the fantastical elements she clearly has an affinity for. Pioneering in Asian film and showing different stories and dimensions from the historical element of Eureka or hearing other stories such as Miida’s immigrant journey and transitioning, are all teased in this short. We can only sit back and keep our eye on her, but one thing we know for sure: she is a great storyteller with plenty of material in her personal life she can draw from.