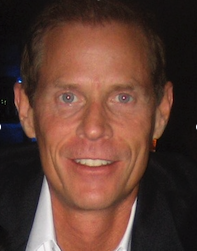 Los Angeles, California (The Hollywood Times) 2/10/2021 – Scott Morgan is an award-winning director, entrepreneur and founder of Creativity First Films. As an entertainment industry veteran and author of “The Future of Hollywood-China Film, Media, And Finance,” Scott spoke to the Hollywood Times about how China is becoming the new entertainment capital of the world.

You are the Founder of Creativity First Films (C.F.F) that leverages blockchain to help the entertainment industry protect itself. Tell us about your company.

The future film and streaming experiences will engage Edge Technology to deliver greater immersive experiences for fans simultaneously with soaring profits for investors. The technology was one of the few big-growth investment classes in 2020, with one of the biggest surges in Blockchain and crypto arenas. First, this will attract the deep-pocket global funds that regularly invest in Edge Technology instead of the usually limited investors in film. The technology will reward investors with new, strong streams of revenue as Blockchain creates the intersection of IoT, Big Data, Super Apps, and Augmented Reality. Second, Blockchain networks like TRON with its JUST services reduce piracy, waste, and losses from inflated fake budgets and advertising. Blockchain will track all the many forms of I.P. that films deliver,(music, Games, Apps, and merchandise) and Creativity First Films is the only studio with the technology background to deliver this. After our example, all the studios can copy our system, creating a paradigm shift in how films are produced, and profits increased. Imagine the surge in ROI seen in Bitcoin and Games added to film revenue and you get a glimpse of this accelerating tech intersection potential.

What has 2020 taught you about film and how it relates to piracy and I.P theft?

Film and television content piracy has been an issue for Hollywood since the 1980s and grew as the Internet presented new ways to pirate entertainment. 2020 crushed the theater chains. At the same time, 2020 with its pandemic restrictions encouraged exponential growth in at-home entertainment including films, games, and streaming shows. The incredible increase in revenue for any tech company offering relief from the pressure and isolation we all felt led to accelerated innovations to protect piracy and I.P. theft. Blockchain had already entered the music industry with both tracking and even a Royalty Exchange, with companies like BitFury and TRON offering services that greatly increase the money to artists. Now that we altered our consumption patterns, protection like this is more important. In addition, TRON and Celsius Network provide entirely new Networks that are more secure and protect viewers, artists, and investors. These Networks will also provide tokens to engage people. Therefore, just like barcodes on grocery items changed inventory control, Blockchain adaption to protect investors and studios is the future. Films are far more complex to integrate than songs because a hit film offers so many asset classes to track. For this reason, Blockchain DLT must be integrated from pre-production through distribution. These tracking systems exist, already making billions in additional revenue for music. The question is, “Do the studios really want “honest transparent” advertising, budgets, and revenue available to outside investors?” Piracy also needs to apply to the deceptive studio financial accounting processes that have been spotlighted since “Coming To America.”

Tell us about your first book, THE FUTURE OF HOLLYWOOD-CHINA FILM, MEDIA AND FINANCE.

My experience with China began in 1997. While writing for Jean-Claude Van Damme’s “The Quest” I was in Hong Kong. On location scouting, I met villagers near the scrap yards that impressed me with their Tao beliefs. I helped the orphans there. This began over 20 years of helping orphans all over Asia. In my travels, I saw China rising up as the biggest cinema market earlier than Hollywood. By then I had gotten to appreciate my ASEAN and Chinese friends so much I wanted to help them navigate the sometimes- tricky Hollywood systems of finance, studios, and agencies. I spent 2016 quietly consulting China studios, producers, and investors. Instead of asking them for money I was working to protect their money and their artistic goals. This book presents a multitude of Hollywood insider wisdom, the history of China’s investment into both film arenas, and global financial systems. In the book were predicted the agency problems, the bankruptcy of most studios, the rise of Streaming, a new era of theme parks, and various rising China markets like Gamers and the M.A.C. class groups. This opened my mind to the fact I needed to support this vision with three additional massive books that would present the merging of Eastern and Western philosophies to evolve the art of storytelling through cinema. These books present the next generation of Edge Technology that will enhance viewer experiences to levels never imagined, such as real-time Augmented Reality and Super Apps. Over four years I accumulated over 75 high-profit projects and Original Content and integrated them into our optimum financial system that bypasses costly stages of film financing. Direct interface with a treasure chest of I.P. Rights and more ethical and profitable deals for China is what it takes to lift Hollywood up post-pandemic. The entire Creativity First Films Studio system favors foreign investors that regularly invest deeply in technology like Apps, Games, A.I., Big Data, Cloud, telecoms, and more. They can for the first time own a vertical business model that includes the rising technology and Gamer worlds by funding a slate of Projects.

What is China doing right in the entertainment business, and why should Hollywood pay attention?

The answer roots in the many speeches of President Xi, going back to when he presented “Tai-Chi-In- The-Three,” “The Four Confidences,” “Internet+,” “China Beautiful,” “The Three Stricts,” and so many more cultural goals. Understanding the power of story, the importance of balance and unity, and the energy of their youth incentive the government to allow “Liberty With Responsibility” led to an explosion in Gamers, tech wizards, and a pang of hunger in graduates to break through barriers. China roots their culture in observance of Nature, the balance of The Tao, and change in the I Ching. And the studios presented films that nurtured this while accelerating the appetite for learning and leading the world. Investors supported great expansion that led to building the terrific Qingdao Studio, Evergrande’s Child World, Disney World Shanghai, and expanding Hengdian for international film production. Creativity First Films is the only Hollywood studio intent on using these facilities with many projects filmed there.

During the last few years, China focused on evolving its animation production skills and ability to deliver global hit Sci-Fi films and channels. The next two superhits should be the fantastic THREE BODY PROBLEM and futuristic animated presentation “Nezha Reborn.” We want to help them evolve in these genres to propel the youth class and bring balance to China’s film market. China Studios, Directors, Writers, and government nurture storytelling based upon thousands of years of culture with the goal of building individual Virtues and compassion for everyone in the world. In this process, the producers and viewers are enjoying an unprecedented China Pride, which accelerates film skills. In their deals, they put “Relationship” first and contracts last, which means they are loyal and expect ethical deals and partners. It is ironic that after Hollywood blew their primary run to engage China and encourage watching their films in theaters, now it is China saving Hollywood instead of Hollywood insisting they alone will forever be the leader in this art. Now that China will have direct access to super-profitable I.P. through Creativity First Films and the next generation of Edge Technology and Blockchain revenue streams, nothing will hold the nation back from sharing their stories with the world. Hollywood should pay attention and deliver more favorable terms in deals and be loyal to their China Studios and investors.

After 25 years in the industry, how can countries accelerate partnerships with China, so that it saves the struggling theater, film, and entertainment arenas around the world?

China is simultaneously incredibly complex and wonderfully simple – yet you cannot learn either from long-distance relationships or a few weeks touring the nation. International Entertainment Industry leaders need to take the time to be among the impressive Chinese people and feel their energy. Hollywood and other foreign sources need to hire experts on China’s history, philosophy, and financial systems to interface more appreciatively this time around. Chinese leaders and people want to feel the internal joy of innovation, delivery of fascinating cinematic art, and the advancement of the world. Why would Hollywood want to fall short and just “sell China stuff?” It is unfathomable to imagine the world will rise in compassion, wisdom, and joy without the contribution of Chinese wisdom and people.

What is your mantra and how does it relate to your work?

Most of life’s questions can be answered in the movies. In this case, “Shakespeare In Love.” Geoffrey Rush kept answering, “It’s a mystery.” “The play always comes first.” We’re going to save Hollywood and the fine art of cinematic storytelling and we know a few processes, but the mix is not defined until the final edit, in both the art realm and financial and cultural realms. It is intriguing to remember that Gwyneth Paltrow who starred in that film also implored the audience of artists at the Academy Awards to “save our beloved art.”

My mantra is, “The art of storytelling to an audience of people must always come first.” It must be preserved because it shapes humanity. This meaning drove me to work five years without a day off to deliver at least one vertical industry system to restore health into Hollywood, albeit through China’s investment and Chinese film stories we should encourage the world to share and learn from.

There is a fantastic quote. “All systems are lakes of mediocrity from which islands of excellence rise. The bridges connecting the islands must be invisible until the complete vision is reached or else the masses will climb onto the bridges and they will collapse.” But once completed, these bridges connect the integrity and excellence of powerful films to society.

Creativity First Films created the bridges connecting Original Content to a superior ethical finance system to Edge Technology to maximize profits to the spirit of the talent to the cultures of Hollywood and China. Now everyone plays part in the accelerating Entertainment experiences we promise the world … promise together … Hollywood and China. Others will quickly adopt these models and innovate them even higher, creating their own islands of excellence for a new age of Edge Technology. This is very exciting, and I am blessed to present it and owe so much to my mentors in Hollywood’s past so we can preserve excellence for our future. I’ll soon be gone … and isn’t that the point? To create immortal works? To inspire those, pass down kernels of Virtue? The evolving art will remain in the hands of more nimble hands, of the young people we want to inspire to press the limits of their creativity. We were given consciousness in part to “create something out of nothing” … and that truly is something.