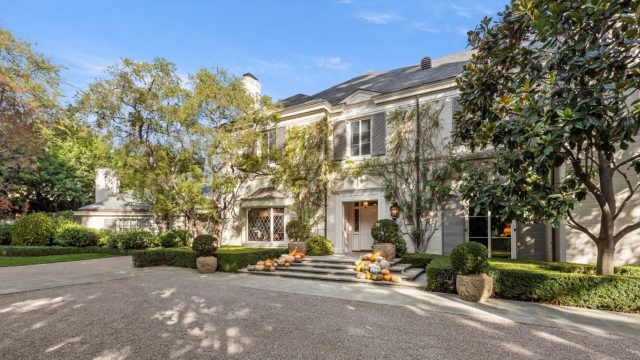 After splitting from the popular British boy band, Take That, Robbie Williams has become one of the all-time, best-selling British singer-songwriters, selling over 75 million records worldwide.  He also set a world record by selling 1.6 million concert tickets in just one day.  As most of the mega-wealthy have been doing, Williams and his American-actress wife, Ayda Field, have been sinking their fortune of approximately $300 million into some of the most glamorous real estate on the planet.  The Faring Estate, their most recent purchase, was the former home of Fannie Brice, the original Funny Girl.  Totally updated, and at one time listed as high as $70 million, Williams purchased the Holmby Hills home for $49.5 million.