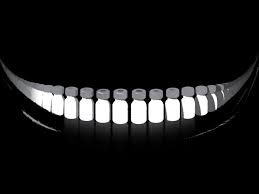 Los Angeles, CA (The Hollywood Times) 9/23/21 – Two interviews came to me in recent weeks, both from the Health and Wellness space, looking to promote their practices. I found it somewhat serendipitous and certainly, I wanted to learn more, especially in light of the COVID pandemic and what seems like a new variant every week. Vaccines are also a hot topic, with the President making an impassioned call for everyone to get the jab, and protests locally in Orange County at the Board of Supervisors to push back on even the slight hint at vaccination passports. Recently, we had a brawl at Carmine’s restaurant over three patrons being refused service, calling it racially motivated, but the restaurant claimed it was over vaccinations.

Let’s start with Amelia Vogler who is an energy medicine specialist, focused on grounding and energy. Growing up in a funeral home, she cites the lifeless bodies and her dedication to light and finding our essence. She specializes in helping people feel at home with their bodies, especially after a traumatic event such as a divorce, death in the family, or recovering from illness.  She uses breathing and mindfulness techniques to train people to be in the moment.

Amelia chants the mantra of positive energy, which has been mainstreamed to the point of saturation, and cites worry, sadness, and anxiety as taking a lot out of us.  This is where I start to question: if these “negative” emotions are so bad, why is it that we grow the most out of sad moments in our lives?  Why do we bother exercising, when by default, it causes stress on our bodies? But ultimately, I get her point and she is trying to steer people towards positivity and productivity. I can get behind that.

She focuses on self-soothing and coming back to a place where you’re ok. I think we can call that equilibrium. I do not have an issue with this, or her desire to teach people to not default to medicine, using ways to achieve stability without resorting to pills. I am, in fact, a huge fan of her promoting natural Farmers Market foods and not being afraid of soil, for example, which is full of nutrients and the promotion of the immune system through gut health and probiotics keeping the microbiome healthy. Amelia cites her grandmother encouraging her to eat foods of every color, to get a balanced and varied diet. She speaks fondly of purples, like eggplant and greens and oranges. I pictured a great meal, like something from Souplantation back in the day. Great advice. I do feel healthier when I eat a diverse meal.

Yet in the same breath, one thing that surprised me was that Amelia holds strong pro-vaccine views, even going as far as to call the mRNA vaccines as clean as she’s ever seen and likens it to ‘white light”. She even has a vaccine integration kit and talks about integrating your body with the vaccine, clearing the pathways for it to work. Amelia also calls it one of the cleanest things she’s seen, and when asked about those who experience menstrual bleeding, for example, she speaks with a confidence that almost sounds like denial, saying it eventually stabilizes.

Since I work in the community, I have talked to many people who have experienced adverse reactions. It is clearly not as perfect as Amelia describes. While I am not anti-vaccines, I wouldn’t go as far as to call it “clean” or “white light”.

That spurred me to get a second opinion.  Jeffrey Mamora is a master healer and teacher in all aspect-healing and transformation.  He specializes in awakening the spiritual process, as a necessary component in healing. He activates the person’s spiritual journey and expedites it. Jeffrey claims to have healed himself. He was a painkiller addict and his liver panels were so bad he had to be hospitalized. Jeffrey took over 20 medications a day and in the process of healing, he had a spiritual awakening.  “It was life or death for me”, he says. He specializes in transmutation, which is taking a negative experience and choosing to grow from it, creating light.

Based on his testimonials, Jeffrey, like Amelia, has improved the health of many who come to him. But Jeff says most of his clients come to him with incurable conditions. He is modest because he is not a licensed medical doctor, but the testimonials claim he has given a new lease on life to them.  By creating “custom protocols”, he finds that every ailment has a purpose. The key is to not flee from the pain, but self-realization is the goal.

Some of the approaches he agrees with Amelia include breathing, meditation, and groundedness. His program, “spiritual cleanse and ground” has healed many people based on the testimonials. He claims that the first time you do it, it will increase your consciousness and coherence.

Vaccines, he believes, are furthest from light, contrary to what Amelia has claimed. Everything he does, Jeff claims, is to increase coherence within the body in all aspects. He believes when you carry this type of alignment, you can discern the COVID vaccine easily. We have a blood-brain barrier and he feels that the injections are meant to break that barrier and go directly to the brain and carry damaging compounds like heavy metals and actual parasites. There is a huge halt on these vaccines in Japan, he says. The intention of the mRNA vaccine has never been transparent and it has not even gone through animal studies or testing, he worries.

For example, he believes that the contrast between sweet and low sweeteners compared to organic cane sugar is clear. He has proven that muscle testing shows artificial sweeteners to make you weaker. He believes the mRNA vaccines are artificial.

The mRNA vaccine, he believes, is a segway to transhumanism, to increase the power of artificial intelligence. Jeff worries that Bill Gates has patented this, he believes, for greater government control, and with the mRNA, they can collect data on how you feel, and everything you do.  How do you create a genetically modified organism? That is what mRNA is.

Jeff asks, “On one hand you don’t want to eat GMO foods, but yet you are willing to become a GMO yourself” when he talks about those in the energy space who are pro-vaccine. Jeff is not anti-vaccine, he claims empathically. He is anti darkness and dark energies. “The true vaccine is ourselves, our light. Our maker created us to self-heal. All true healing is not to take over, but to enhance what is already there coherently and harmoniously’. This was the strongest argument for me. If you are going towards natural living and eating, why would you not be consistent when it comes to vaccines?

What I found was both energy healers had similar practices but were polar opposites in their assessments of the vaccine. You can find Amelia Vogler at ameliavogler.com and Jeffrey Mamora on Instagram at @indojeff.  Maybe you can discern for yourself who is closer to the truth.