The beautiful American songstress – Emmylou Harris – gracefully stepped out ready to perform and joined her band on October 4th. Now – at age 71 – she showcased more grit in her voice – without losing her signature, angelic purity. She looked exquisite as she traded off her new Gibson guitars – one replica replacing the other – explaining between numbers at UCLA’s Royce Hall, “I had a torn rotator cuff from doing Pilates and I used to have really big guitars… (sniffling) but after physical therapy I recently got these two new girls from Gibson. (Les Paul’s signature brand.) 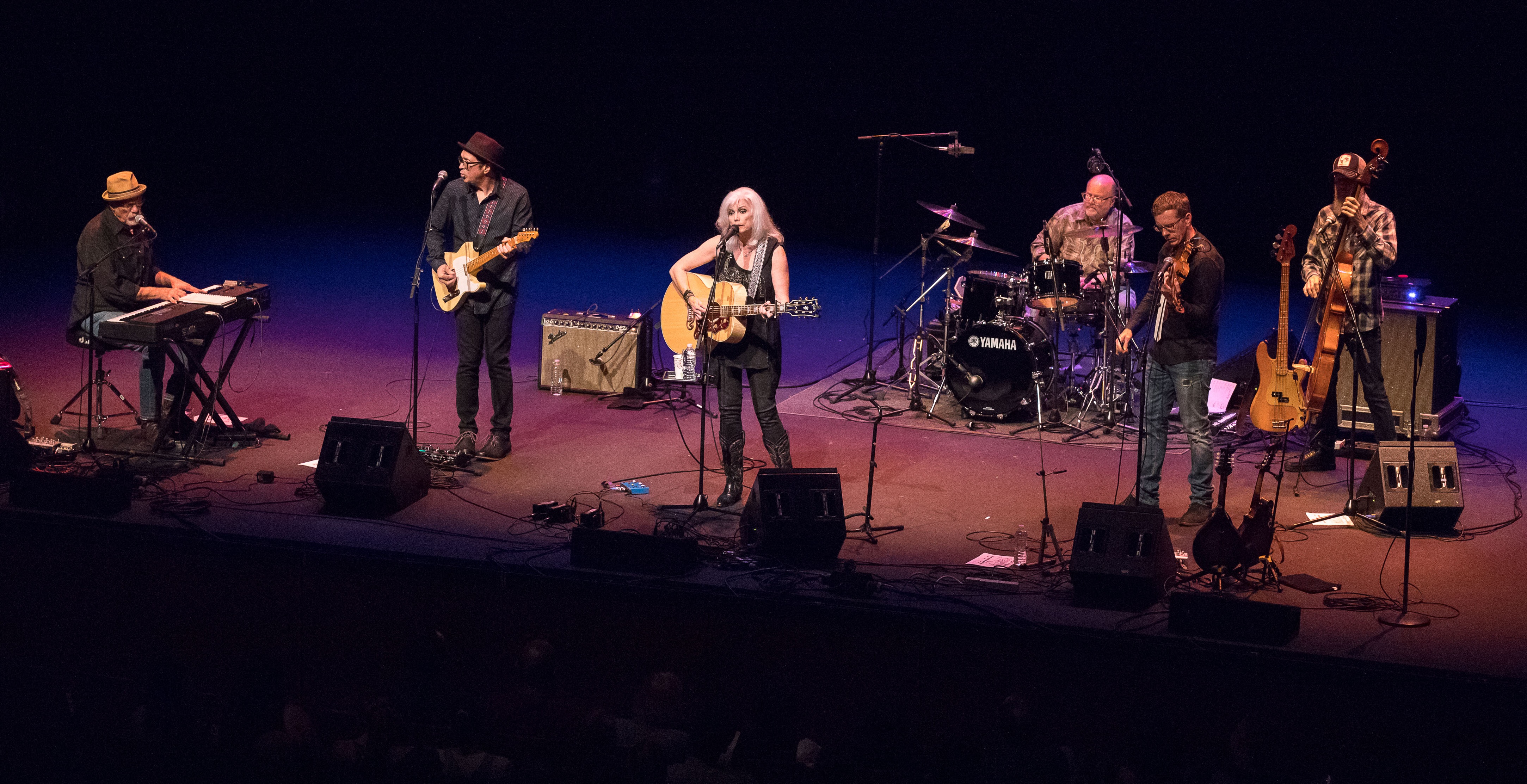 This one string is giving me trouble but I’ll break her in!” She apologized for “knocking the dust off” for being between gigs – she didn’t need to. 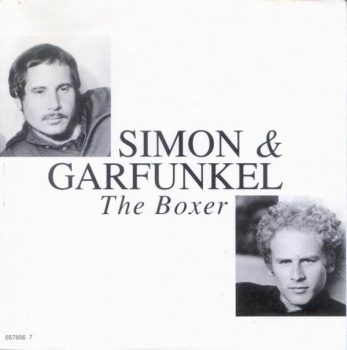 She paid homage to Paul Simon’s The Boxer and described it as “a part of the soundtrack to so many of our lives.” Comments between songs, “I love Bob Dylan… the earth wouldn’t be the same without his words.” Harris took pause to grab a tissue while she said, “I never knew so much could come out of a little nose… I know I’m not supposed to tell you this but I got a cold. I need to turn around.” Harris blew her nose then faced the audience to grab another tissue amidst laughter to blow it again – then held up the crumpled tissues and in true rock star form said, “I’m not tossing this into the audience – things can get kinda weird sometimes… Ya never know.” Endearing us with her earthiness while explaining why some of the notes she lost but nothing in her magnificent performance was lost.

She went into one – of her many memorable – songs, the heartbreaking 1975 tune Boulder to Birmingham – about her short-lived partnership with Gram Parsons, who died of a drug overdose – that ended both their personal and professional relationship.

Emmylou Harris stood out as she plainly reminded us of where we’ve been, where we are and why we need to stay in tune. With Emmett Till the gut-wrenching, lynching tale-to-tune Harris said, “I hadn’t written a lot of my own songs, I liked to pluck ‘em up out there with so much talent… but one day I was listening to NPR in my car, like I do every day, don’t we all? Every once in a while, the music meets the muse and I wrote song Emmett Till after listening to a terrible, true story of the murder of a young Mississippi black boy in the deep South.” Emmet’s crime? The 14-year-old boy visiting Chicagoan, flirted with a white cashier by whistling at the white woman.

She went on to say that she is from Birmingham, Alabama and that while the 1955 story of his brutal murder shocked the nation, “Our country became aware of things that needed to be changed with the civil rights movement in the 60’s and I think we need to never forget that.” (See: Emmett Till accuser Carolyn Bryant changes allegations at end of article.) Harris goes on to say, “As a mother I’m aware we have a Southern border and women and children are being kept from one another… hopefully we can fix that in November… let’s love more.” 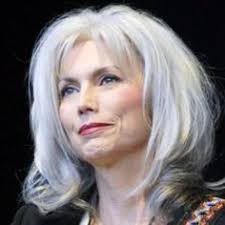 After baring her soul on a few more songs, she had a technical problem and smiled, amused, “I know all the words to over 600 songs. I was going to break into another song directly from the last one. Ya know how that goes? I’ve never done it yet but one day who knows – maybe I’ll make it to Vegas yet.” As she continued to take us on an inspiring guided tour through some of the greatest country, gospel, folk, pop and rock songs from the past century. The respect she still commands in the business are why she’s a lodestone for insanely talented musicians. Harris introduced her band that consisted of lead guitarist Will Kimbrough, pianist-accordionist-guitarist Phil Madeira, fiddler-mandolinist Eamon McLoughlin, electric and upright bassist Chris Donahue and drummer Bryan Owings.

Emmylou spoke about the ups and downs of her career and referenced the release and flop of her 1985 concept album, The Ballad of Sally Rose, and said before strumming into The Sweetheart of the Rodeo, “This album was – what we call in the music business – a flop.” The crowd cheered her on. She started out as one of the critically acclaimed top female interpreters of other writers’ songs for over 25 years before she shot forward with albums of her own.

Her voice digs deep into the rich, vast wilderness of the human spirit and condition while conveying it with a genuine emotional range. Emmylou Harris is still sublime.

The evening proved that Emmylou Harris’ musical journey will last as long as she does – in person and in music? Forever. This songbird flies with the ease of a younger self – inhabiting her vintage and salient body. Emmylou Harris has morphed into a genre unto herself – a class act with a poet’s and a country rocker’s sensibility.

Center for the Performing Arts Calendar for upcoming events: https://cap.ucla.edu/calendar/

Royce Hall Events have a free shuttle to and from Parking Lot 2.