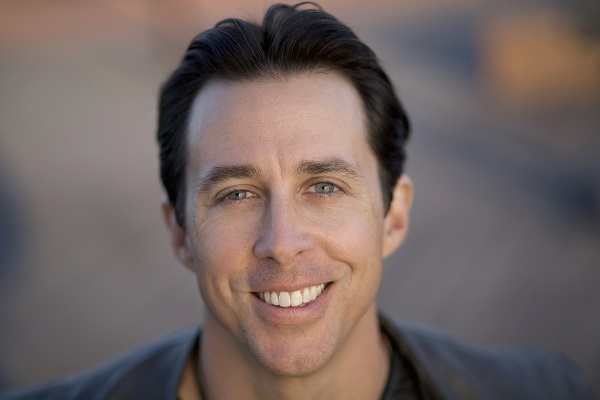 Mike later made his way onto the screen, acting in films and television with stars like Emily Blunt, Bruce Willis and many more.

Mayhall was also a stunt double for stars such as Joseph Gordon Levitt in the film Looper and Dylan O’Brien in Deepwater Horizon. When he wasn’t doing stunt work, Mayhall was writing, producing and directing plays, films and television shows.

His work has certainly been recognized. Bronx SIU, earned him an Emmy nomination for best director, as well as winning BEST ENSEMBLE at the Indie Series Awards. A House Divided, which Mayhall directs, has received two Emmy nomination for Best Drama.

The Hollywood Times caught up with the Renaissance Man to talk about his many titles and his passion for helping tell a great story.

THT: Mike, out of all the things you’ve accomplished in the industry, these days what brings you the most career satisfaction?

Oh, that’s a good question. I’ve never thought about it. I’m so busy with my nose in the ground hustling and trying to get the next project going, I forget sometimes to look up and around.

I think, I feel, that working with my friends and those around me who have all come grinding and wanting to make film.  I want to have fun on my sets and get into everything … It is my hope to build lasting relationships and that everyone on my sets leave feeling good about what they have done. That brings me real joy.

THT: As a director, what’s a perfect day on set for you?

We have fun, we make great works happen, we get the shot and get to do it again tomorrow.

Oh, and that perfect shot I had been dreaming about ever since I read the script happened just like I imagined … that’s always nice …

And happy accidents … you plan, you work, something comes along and T-bones all that effort and you have to figure you something on the fly … and that new thing is better than the old thing … I love trying to make it happen when it seems impossible.

THT: What are simple onset rules you live by as director?

We are all in the business because its fun, magical and unique. I try not to lose sight of that …

No one knows best … collaboration is the key. Don’t yell …

Try not to rush, as it never makes for good moving making, but sometimes rushing makes for the best moment ever.   Try to recognize the difference when you are in the moment.

THT: What’s the biggest difference between a seasoned director and a new director?

I will let you know when I am seasoned.

Yes and no … I always wanted to create and tell stories … I thought I would be doing that as an actor … now I am doing that as a writer and director.

THT: Which character in all of your work as an actor or director reminds you the most of yourself? And why?

I think if you dived into all the scripts I wrote you would be able to create a very interesting character study on Mike Mayhall … all the characters I write have some piece of who I am in their make up.  Sometimes a sliver sometimes a large piece … but that all do …

The character of Sam, from my first movie call, Death Hunt, (not the best name) is really a lot me. I didn’t play the character, a close buddy, Garrett Hines, who could be my brother, did.

I play a really bad bad bad guy in A House Divided … he is not like me, but, there is a piece of me that can relate … I guess that is the actors job, find a piece of you that relates the the character and build on that.

THT: Who’s on your wish list of actors or directors to work with?

THT: As a director, is it almost impossible to watch movie or TV the same as the rest of the world?

Yes and no … for me I am an easy audience member … I just want to get lost in the story.  I am very forgiving because I know how hard it is …

That being said, I will watch movies for shots, lighting and camera movement at times and just ignore the plot.

THT: What’s the best career advice you’ve ever been given?

You can keep up with Mike Mayhall on Instagram at: michaelmayhall or at mikemayhall.com