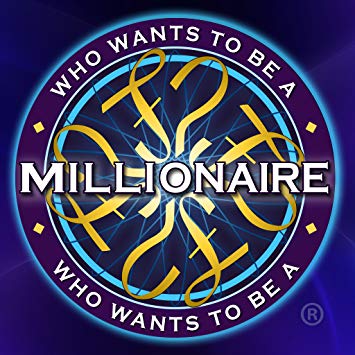 TWENTY YEARS AFTER ITS SERIES DEBUT, A DYNAMIC NEW VERSION OF THE EMMY® AWARD-WINNING ‘WHO WANTS TO BE A MILLIONAIRE’ RETURNS TO ABC PRIME TIME, HOSTED BY EMMY AWARD-WINNING JIMMY KIMMEL

In celebration of the 20th anniversary of “Who Wants To Be A Millionaire,” which debuted in the U.S. as a prime-time series in January 2000, ABC’s celebrated late-night staple and Emmy® Award-winning producer Jimmy Kimmel will be stepping into prime time as host of a special run of episodes featuring celebrity contestants playing for charity. In addition, a new interactive game will allow viewers to play along from home. “Millionaire” is set to premiere on WEDNESDAY, APRIL 8.

For the first time in the history of the U.S. franchise, celebrities playing on “Millionaire” can invite a guest in the hot seat to help them answer questions. It could be a relative, a beloved teacher or a famed trivia expert – anyone they want – to help them win as much money as they can for the charity of their choice. Additionally, this special run of shows will be introducing a revolutionary, live, play-along app which will allow America to compete to win the same amount of money that celebrities are playing for on the show. Celebrities confirmed to appear will be announced at a later date.

“Regis came to me in a dream, asked me to do this and promised my own line of neckties if I did.  I had little choice but to say yes,” said Jimmy Kimmel.

The original executive producer of “Millionaire,” multiple Emmy Award winner Michael Davies, returns to run the series. “My professional career has been inextricably linked with Jimmy’s since the days of ‘Win Ben Stein’s Money,’ and he was one of the first-ever celebrity contestants on ‘Millionaire’ in its original run. I can’t wait to work with him on this dynamic new version of the show that changed my life and the fortunes of so many who benefitted from and simply loved the game.”

“Who Wants To Be A Millionaire” will be executive produced by Michael Davies, Jimmy Kimmel and Mike Richards, the three-time Emmy Award-winning former executive producer of “The Price Is Right,” who is set to take over the helm of “Jeopardy!” and “Wheel of Fortune” later this year. The series is produced by Sony Pictures Television’s Embassy Row, Kimmelot and Valleycrest Productions Ltd.

About “Who Wants To Be A Millionaire?”

Part of Sony Pictures Television, Embassy Row is a television and digital production company, founded by Michael Davies. Mr. Davies was the original Executive Producer of prime time “Who Wants to Be a Millionaire”, which Embassy Row continues to produce. ER is dedicated to the development and acquisition of original non-scripted programming for broadcast, cable and digital platforms in the U.S. and abroad. The bi-coastal company specializes in several genres including talk, games, competition, comedy, factual, food and sports. A pioneer in the areas of brand and social media integration, Embassy Row boasts a portfolio of popular and buzz-worthy series including Emmy nominated and Critics’ Choice winning “Watch What Happens Live” for Bravo; “Cutthroat Kitchen” for Food Network; Emmy and Critics’ Choice nominated “The Talking Dead” for AMC; Emmy nominated “Good Morning Football” for NFL Network; as well as Jerry Seinfeld’s Emmy and Critics’ Choice nominated “Comedians In Cars Getting Coffee” and Emmy nominated comedy special, “Jerry Before Seinfeld” for Netflix.

Sony Pictures Television (SPT) is one of the television industry’s leading content providers, producing, distributing and carrying programming worldwide in every genre and for every platform. In addition to managing one of the industry’s largest libraries of award-winning feature films, television shows and formats, SPT is home to a thriving global content business, operating 24 wholly-owned or joint-venture production companies in 12 countries, as well as linear and digital channels around the world. Sony Pictures Television is a Sony Pictures Entertainment company.