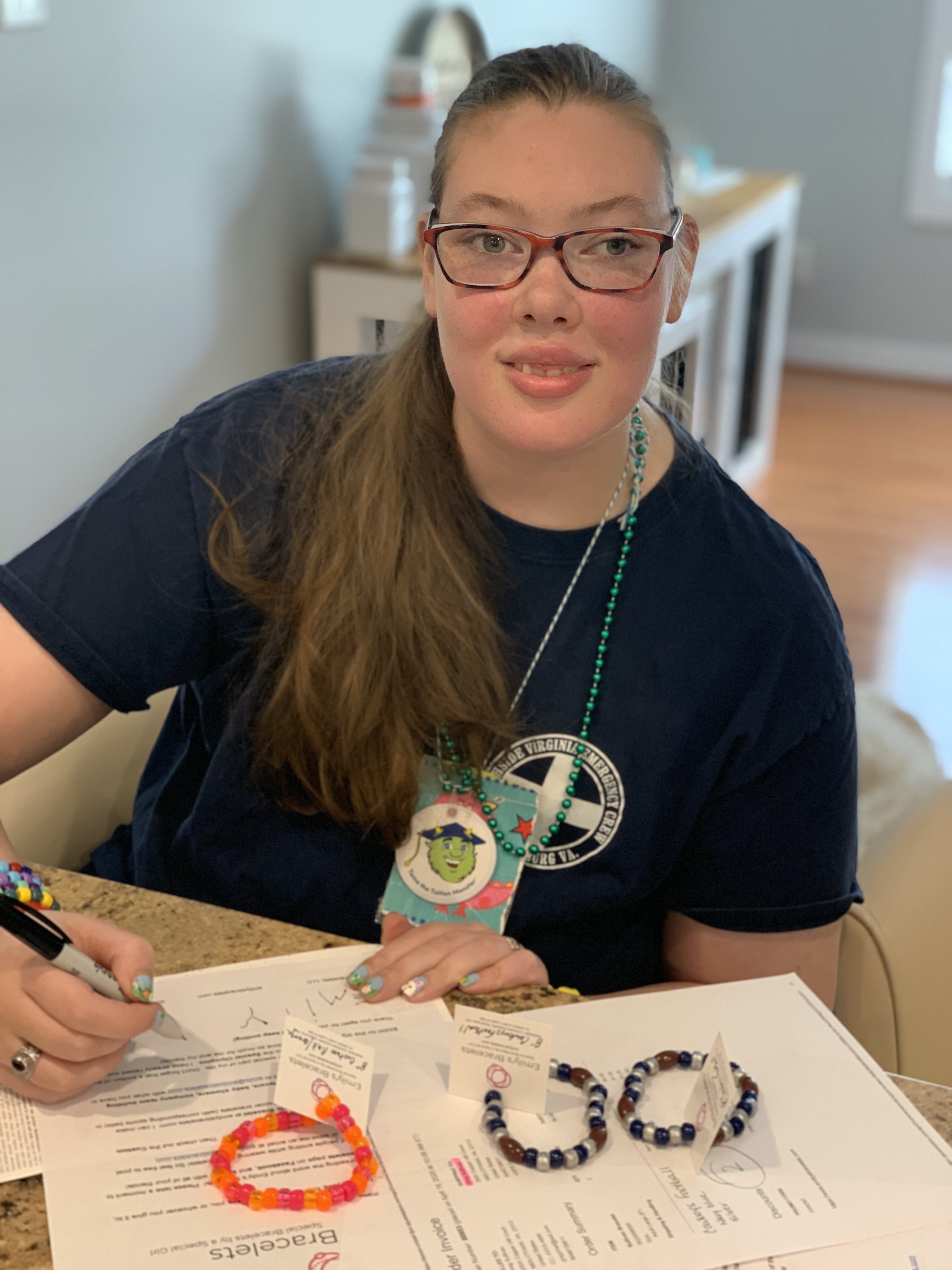 Los Angeles, California (The Hollywood Times) 10/05/2020 – Emily Morrissey was diagnosed with Cerebral Palsy in June of 1998. With help of her brother P.J. Morrisey, they have built a company, Emily’s Bracelets to bring smiles and inspiration to everyone. As the holidays approach, share a gift that keeps on giving, Emily’s Bracelets. https://www.emilysbracelets.com/

THT: Emily was diagnosed with Cerebral Palsy in June of 1998, what challenges has she conquered?

P.J. Morrissey: Emily has conquered so many challenges in the past 22 years of her life. Many doctors told our parents that she would never be able to walk, eat independently, dress herself, or perform many other simple daily tasks. After extensive physical and occupational therapy, Emily can walk by herself, she makes and eats her own breakfast and lunch every day, gets dressed on her own, and can even “tie” her own shoes with adaptive laces. These tasks are things that not everyone has to even think twice about while doing them every day, while Emily must put a tremendous amount of effort into thinking about and completing the task. Without Emily’s hard work and determination to be independent, she definitely would not have come as far as she has today. There’s a certain glow in her eyes when she realizes that she can do something on her own, and it gives her such a huge sense of accomplishment and pride that is amazing to see in her.

How did Emily’s love for stringing beads onto strings turn into a business?

Ever since Emily was born she has had extensive physical and occupational therapy. One of the things that her occupational therapists had her do in order to strengthen her fine motor skills was stringing beads onto a string. For Emily, this required a lot of time and concentration. It started out as large beads on a pipe cleaner and has now evolved to small 8-9 mm pony beads onto the elastic string. Since she had to do this exercise so much, she learned to love it. Soon she started to make seasonal Winter or Christmas bracelets for our close friends and family. This also began to happen around the time that Emily had become an upperclassman in high school. It’s pretty well known that it is often hard to find employment for those with different abilities after graduating high school, so my family and I were inspired by her passion to make bracelets, and thought we could make a business for her surrounding the idea. We worked very hard to build her an online store, social media presence, come up with multiple designs, and to get Emily’s story out there. Ever since then, Emily’s passion for making bracelets has only grown and made her more confident as a person. She stands up straighter and is more willing to speak up. This all stems from Emily being able to spread smiles to others through her special bracelets.

Emily’s Bracelets has sold 7,500 bracelets since its launch in 2018 with 50 cents from each bracelet going to the Special Olympics.  Would you consider these friendship bracelets? Please tell us about some of the styles and the Halloween bracelets.

I would say that we do consider Emily’s creations friendship bracelets in a way, but more of a way to spread smiles and inspiration to others. One of Emily’s favorite things is when people post pictures of themselves and/or others smiling with their Emily’s Bracelets on. Knowing that everyone who buys a bracelet supports Emily and her passion does make it a friendship bracelet in many ways. For the month of October, Emily has released a whole new Halloween line that features exclusive and limited designs. This is also the third year that Emily has made and sold a pink bracelet in order to spread awareness and support those with Breast Cancer. You can check out these designs and more at emilysbracelets.com.

What has owning this business meant to Emily?

Owning her own business has meant the world to Emily. As I previously mentioned, Emily has become more confident and more outspoken. We heard from many of her teachers and peers that they had noticed a change in Emily- that she had begun to participate more in class and became a helping hand to many others who may have been struggling in or out of school. This also has a lot to do with her becoming almost a “local star.” Emily’s Bracelets has been recognized by some of our local TV and radio stations. In fact, Emily’s Bracelets gets a shoutout almost every day by one of our local radio talk show hosts, and it never fails to put a cheek-to-cheek smile on her face. We often joke with her that she “shouldn’t let the stardom go to her head,” even though we know that isn’t even close to possible considering how unknowingly humble that she is. She thrives on being able to spread her story and inspire as many people as she can. Whether she knows it or not, Emily is a guiding light in many people’s lives, including my own. When I am going through something rough, I often think about how Emily overcomes her own struggles with simple tasks every day without complaining. I know that many others who wear Emily’s Bracelets do the same. Not only that but she also gives back to various charities in the community including but not limited to the Special Olympics as a thank you for all that they have done for Emily and so many other special athletes. 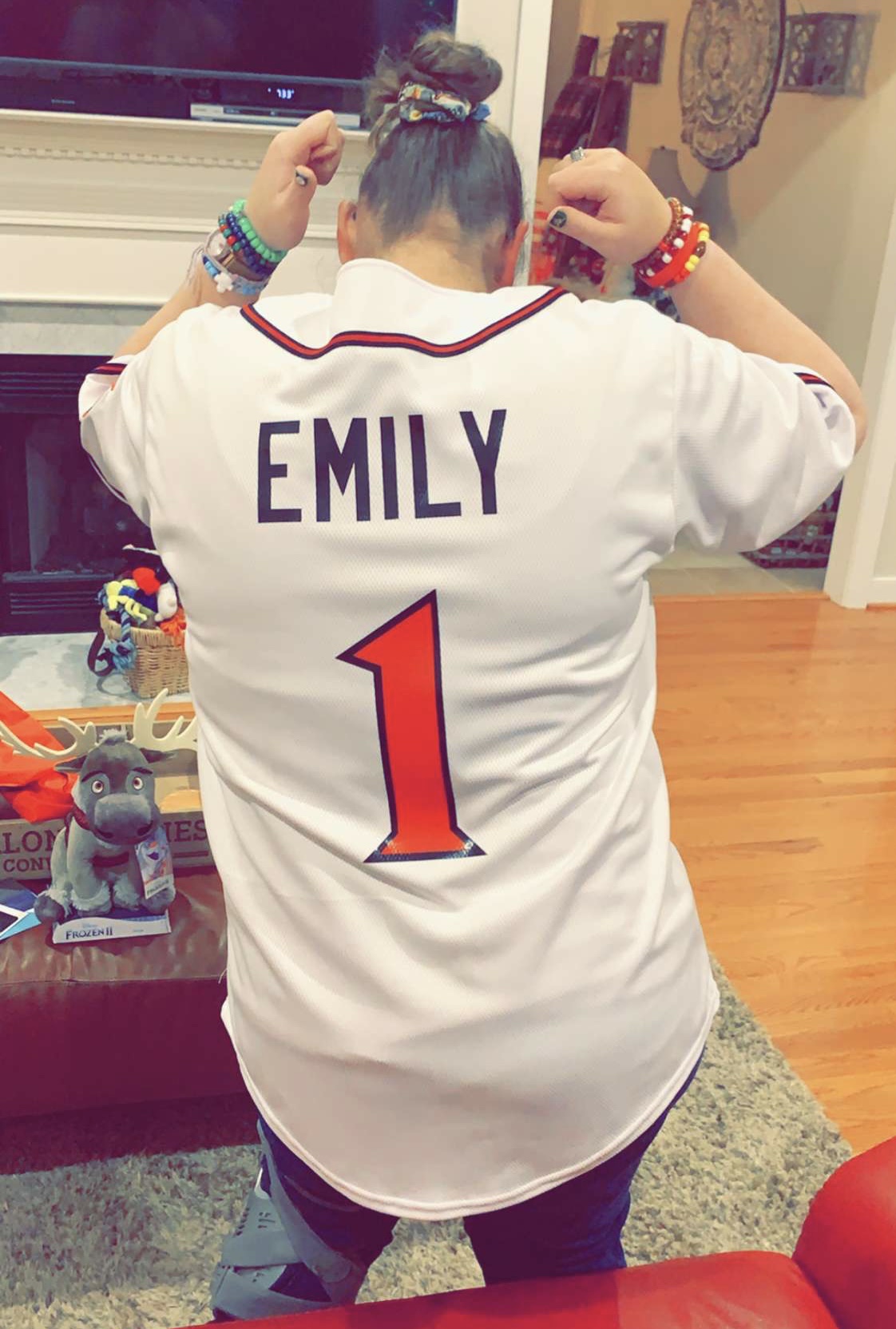 Share your goals for Emily’s Bracelets as we approach the holiday season?

Our goals for the holiday season as always are to continue to spread happiness to as many people as possible. This is especially important this year, as the holiday season could be more difficult for some due to the pandemic. One way we plan to do this by hopefully expanding our reach and Emily’s special story on social media and hopefully the national media scene. Also, in the coming month, Emily will be releasing her holiday line that includes many new, never before seen Christmas, Hanukkah, and Winter bracelets. These bracelets, along with bracelets from Emily’s general inventory, make EXCELLENT Christmas presents. In fact, many people purchase them to use as stocking stuffers! Emily also features new designs every year for most holidays including Valentine’s Day, Easter, etc. Even after the holiday season passes, Emily continues to show support for many causes such as a special green bracelet for Cerebral Palsy Awareness Month in March, an Autism Awareness Bracelet featuring a custom made puzzle piece for Autism Awareness Month in April, and “Thin Line’ Bracelets year-round to support our first responders. No matter what time of year it is, holiday season or not, Emily’s goal is to try and make this world a better and more united place, even if it is only through something as simple as different pony bead designs on an elastic string.