In the comedian’s latest comedy special, she opens up about the death of an old girlfriend and growing up in a Christian Science home.

Los Angeles, CA (The Hollywood Times) 12/19/18 – It’s been 15 years since Ellen DeGeneres’ last stand-up comedy special and the question on everyone’s mind is: Does she still have it?

My response: Is the Pope still Catholic?

In her Netflix special “Relatable,” DeGeneres not only proves that a 60-year-old comic turned daytime TV host can return to the stand-up stage after a decade and a half with absolutely everything it takes to perform live original comedy for over an hour, she doesn’t miss the opportunity to remind us that she can still dance too.

“60 years old and I’m dancing to ‘Back That Azz Up.’” Yes, she is. (And Juvenile’s uncensored version too!) And she’s as relatable, relevant and refreshing as ever. 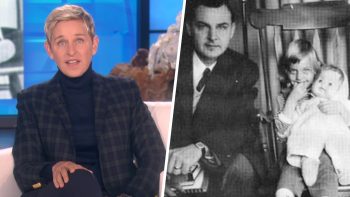 But just like her life, her new comedy special isn’t all fun and games. The comic takes brief but serious breaks in between jokes to highlight some of her life’s low lights. DeGeneres allows herself to be more exposed than ever before, whether she’s talking about splitting her knee open as a 10-year-old, being raised in a devout Christian Science household or the 1998 cancellation of her hit ABC sitcom. (She seems to have forgotten about her short-lived 2001 CBS sitcom — just one more thing she has in common with the audience.) The comic even talks candidly about the fatal car accident years ago which took the life of her young girlfriend at the time, the first person she ever loved.

She also reflects on her first stand-up appearance on broadcast television in 1986. About halfway into the Netflix special, DeGeneres steps aside in order to allow a 28-year-old Ellen to take the spotlight. A brief clip of The Tonight Show is played where host Johnny Carson invites her to join him and the other guests on the famous couch. It was the first time a female comedian was welcomed to sit on the couch, something she predicted six years prior.

But while Relatable is packed with such deep, reflective tidbits, it is a comedy show and you’ve got to be prepared to keep up. Just as tears are about to drop, so is another one of DeGeneres’ perfectly timed jokes. There’s even a rare, appropriately delivered F-bomb.

And she reminds us that she’s “still gay, by the way.”

“It’s really working out for me now,” she said smiling. “In the beginning, not so much. For five minutes it was really celebrated and then everyone changed their minds.”

What DeGeneres and Netflix have produced is a 68 minute feel-good “how fast does this thing really go?” sort of ride, a rare kind of genius, live-performance rollercoaster where you might want to reach for a seatbelt. She’s not only relatable; she’s real. And really funny.

So, can the actress and daytime TV host we’ve come to know simply as “Ellen” still do a funny stand-up act? Her ‘Relatable’ performance indicates that she can. Is the Emmy Award-winner still in fact relatable? Yes, actually. Maybe now more than ever. Gone is the Ellen of the ’90s, unsure of what to make of the fact that she was too far ahead of what America thought it could handle at the time. In her place is a confident, smart and hilarious woman that America can’t live (or laugh) without.