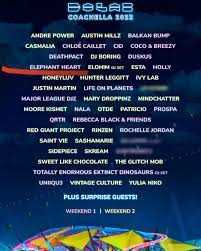 Indio, CA (The Hollywood Times) 5/29/22 – Among the many remarkable acts we had the pleasure of seeing at The DoLab at Coachella was Elephant Heart, married musical duo Jason and Victoria Evigan. They’ve both got impressive backgrounds, and during their performance, it showed. Jason is a producer and songwriter and has worked with Demi Lovato, Maroon 5, and Madonna, while Victoria is a musician, visual artist, and set designer who also heads up Picture This, the band’s not-for-profit.

We caught up with the talented musicians at the DoLab, and had a delightful conversation. In fact, when asked how it felt to play the iconic venue, they responded that it feels “like home.” “Soooo good, Dolab feels like home,” Elephant Heart told The Hollywood Times. “We have been attending their festival Lighten in a bottle for the past 10 years and it just feels like home. Feels like we were in our backyard with friends.”

There are, however, differences between playing a massive music festival like Coachella and playing a club, and the band addressed that, as well. Since festival’s are onsite with campers, it makes for a much more comprehensive experience. 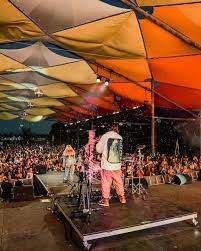 “When people come to a festival they surrender themselves to a good time,” EH said. “Usually they don’t have to drive home because they are camping or staying nearby. There is a mixed crowd because there are so many genres so that brings a totally different energy as well. There is this ‘we’re in this together vibe’,” as opposed to “club shows” which they say are “great.” “Love how intimate and sweaty they are,” EH continued. “Nothing like being super close to the crowd and feeding off of their energy.”

As for other artists, EH says they were completely impressed with the lineup. “Oh man, mind blown,” they stated. “Top acts were Fred again, Hot Chip, Fat Boy Slim , Jamie XX, and Caribou.” And the best DJ set?  “Fred again, it was so engaging, deep, and heart-opening,” EH explained. “There was so much intention behind it. We think he is going to have an amazing run.” 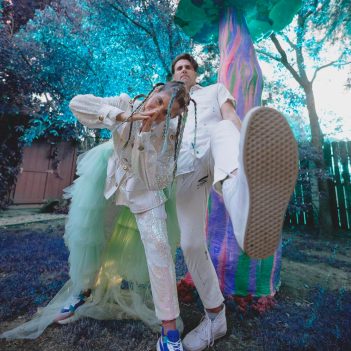 Since Coachella has now wrapped, they say they’re prepping for their next release. “Finishing up some loose ends of songs to release our second album, and we have a couple more festival shows coming up,” EH said. Those include Lightning in a Bottle, Electric Forest, and Bass Camp. They’re also doing some “great collabs” with LSD Dream and Memba.

While their dynamic as a married couple certainly plays into their art, they’re so much more than that, as well – Elephant Heart are parents. And that affects their work, as well. “It’s always bittersweet,” Victoria said of their son, Jasper, and the necessity of leaving him for their Coachella performance. “He’s an oxytocin shot to the heart all day long. But Jason and I definitely use the baby free time to connect deeper as a couple and let loose a little. Thankfully Jasper has beyond amazing grandparents to stay with. It makes us feel safe and secure he’s surrounded by family and bonding deeper with them.  He came to Okeechobee with us and having him on the side of the stage was amazing.”

Sounds like Elephant Heart has it all wrapped up, figured out, and ready to go. We sincerely wish them the best.