Energy Independence Now, Global Green USA, and a gathering of eco-conscious celebrities came together at the beautiful Petersen Automotive Museum as the green carpet was rolled out for the Hollywood Community and supporters committed to research, policy advocacy and public outreach to promote the widespread adoption of diverse zero emissions solutions. The event will brought an unforgettable night of entertainment, cars, cocktails and a glimpse into a more sustainable future. 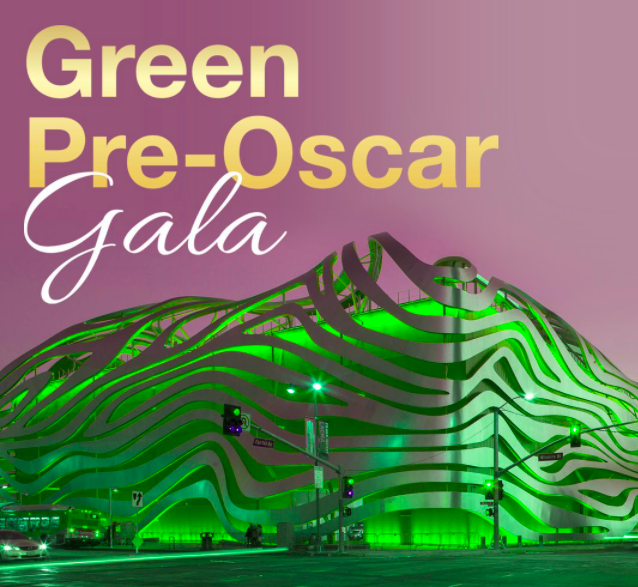 The Green Carpet was laid out for the arriving guest before they entered the Petersen Automotive Museum.

The guest were then checked in and sent to the 3rd floor to see some of the movie cars there, items up for auction and just outside was plant based food and also well drinks ready to enjoy. Nice couches, high tables and chairs.  Heaters were needed for the chilly night. The event was really nice and great talks, music and making new friends too.

The guest were then checked in and sent to the 3rd floor to see some of the movie cars there, items up for auction and just outside was plant based food and drinks ready to enjoy. Nice couches, high tables and chairs.  Heaters were needed for the chilly night. 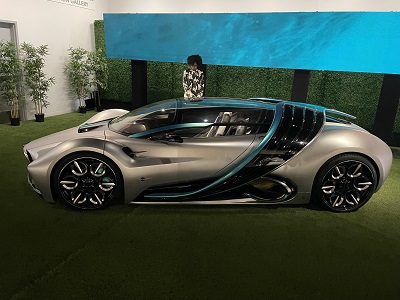 Planet-friendly gift-bags curated by Erewhon were provided to guests, who were also treated to sustainable foods and drinks. The gift bags were a real treat and contained some awesome drinks, food, snacks, health products and even kids vitamins. Thank you Erewhon.

EIN’s partner for the event, Global Green USA, has made a tradition of green-themed pre-Oscar parties over the years, and donated its share of the event proceeds to aid the humanitarian crisis in the Ukraine via Green Cross Ukraine.

Also receiving the spotlight on the evening was DriveH2, the public service initiative by environmental nonprofit EIN and its message of a hydrogen powered future. 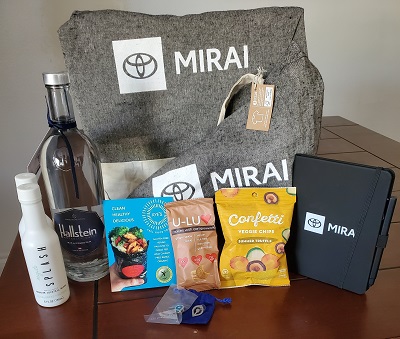 Working with EIN, Toyota (one of the event’s sponsors, and makers of the Mirai, a groundbreaking hydrogen fuel cell powered car), has already made vehicle donations to non-profit organizations such as the American Red Cross, Petersen Automotive Museum (for education programs), Social Justice Learning Institute, ThinkWatts LA, and After-School All-Stars.

“Tonight’s Gala was an incredibly rewarding event,” said Brian Goldstein, EIN’s Executive Director. “It’s exciting to see high profile personalities and influencers from film, television, sports and music working to educate themselves about viable, planet-friendly innovations and solutions to the gas and emissions crises and step forward and use their platforms to share what they’ve learned with their audiences. If we are to effectively meet emission reduction goals, governmental and private investments in H2 are critical and it was gratifying to see so many influencers here to explore the solutions with us here tonight.”

Learn more at www.driveh2.org, or follow EIN’s story and updates across all social media platforms at @DriveH2

About EIN and the DriveH2 Campaign

DriveH2 is a public service initiative by Energy Independence Now (EIN), an environmental nonprofit committed to educating the world about the benefits of hydrogen fuel cell electric vehicles. The organization engages in comprehensive research, policy advocacy and public outreach to promote the widespread adoption of a diverse zero emissions portfolio.

About The Petersen Automotive Museum

Founded on June 11, 1994, by magazine publisher Robert E. Petersen and his wife Margie, the $40-million Petersen Automotive Museum is owned and operated by the Petersen Automotive Museum Foundation. The museum was originally located within the Natural History Museum of Los Angeles County, and later moved to a historic department store designed by Welton Becket. Opened in 1962, the building first served as a short-lived U.S. branch of Seibu Department Stores, before operating as an Ohrbach’s department store from 1965 to 1986. Six years after Ohrbach’s closed, Robert Petersen selected the largely windowless site as an ideal space for a museum—allowing artifacts to be displayed without harmful exposure to direct sunlight.

In 2015, the museum underwent an extensive $125 million renovation. The building’s façade was redesigned by the architectural firm Kohn Pedersen Fox, and features a stainless-steel ribbon assembly made of 100 tons of 14-gauge type 304 steel in 308 sections, 25 supports and 140,000 custom stainless-steel screws. Designers at The Scenic Route configured interior spaces to accommodate changing exhibits. The remodeled museum opened to the public on December 7, 2015.(Wikipedia)