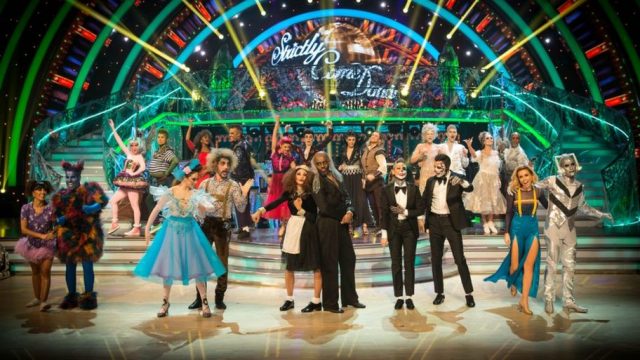 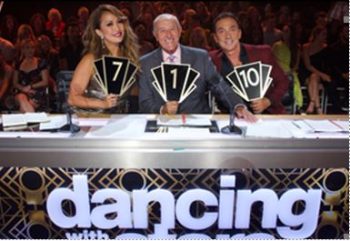 THE COMPETITION WILL GIVE THE AUDIENCE PUMPKIN TO TALK ABOUT AS EIGHT CELEBRITY AND PRO-DANCER COUPLES CELEBRATE HALLOWEEN AND COMPETE FOR THE COVETED MIRRORBALL TROPHY ON ABC’S ‘DANCING WITH THE STARS,’ MONDAY, OCT. 28

“Halloween” – All treats and no tricks as eight celebrity and pro-dancer couples return to the ballroom to celebrate Halloween and compete on the seventh week of the 2019 season of “Dancing with the Stars,” live, MONDAY, OCT. 28 (8:00-10:00 p.m. EDT), on ABC. (TV-PG, L) Episodes can also be viewed the next day on ABC.com, the ABC app and Hulu.

The show starts with a spooky Halloween opening number set to “Bad Guy” by Billie Eilish and “Come Along” by Cosmo Sheldrake. Choreographed by Michael Rooney, the celebrities and pro dancers will take the audience on a journey from the graveyard to the ballroom, ending with an epic zombie dance number. Later, after a round of individual competitive performances, there will be an additional round of two Halloween team dances. Each team (Team Trick with James, Ally, Lauren & Hannah and Team Treat with Karamo, Kel, Sean & Kate) of four celebrities and their pro partners will compete for more judges’ points, which will be added in as part of the final scores of the evening.

Vying for America’s vote, each couple will dance to a variety of songs including Halloween classics “Time Warp” and “Monster Mash” as well as Donna Summer’s “Bad Girls,” Chris Issak’s “Wicked Game,” Annie Lennox’s “I Put a Spell on You,” and Ava Max’s “Sweet but Psycho,” among others.

This week, the live vote (via abc.com, the ABC app and SMS/text) will be combined with the judges’ scores and tabulated in real time, with the bottom two revealed during the broadcast. The live votes will occur each week only during the live broadcast in the EDT/CDT time zones (but fans in all U.S. time zones may vote within that window). And for the first time in “Dancing” history, judges will decide which celebrity up for elimination stays in the competition and which celebrity’s journey comes to an end.

The couples are (with their dance choice) the following:

For the first time ever, “Dancing with the Stars” now has an official podcast! Every week with host Kym Johnson Herjavec, “Dancing with the Stars” fans can listen in and get a behind-the-ballroom perspective for all the latest backstage action, reactions and exclusive interviews with their favorite couples and cast members. These special access episodes will be released weekly on Tuesdays on Apple, Spotify, Acast and other podcast platforms. The “Dancing with the Stars Official Podcast” is produced by BBC Studios. David King is the producer, and Fabrizia Mauro and Lisa Ledterman are the managing producers.

Hosted by two-time Emmy Award®-winning host Tom Bergeron and Erin Andrews, “Dancing with the Stars” is the hit series in which celebrities perform choreographed dance routines that are judged by a panel of renowned ballroom experts, including head judge, Len Goodman, and dancers/choreographers Bruno Tonioli and Carrie Ann Inaba.

“Dancing with the Stars” is produced by BBC Studios. Andrew Llinares is executive producer.

For more information on “Dancing with the Stars,” visit abc.com.