“What was the cause of the demise of the Old Kingdom in Egypt? Why was there a mass grave found in Luxor (Old Thebes) where none have been found before? Was is just the end of the Pharaohs or something that Egypt had no control over and was the result of a catastrophic event?”

In her desire to find out more about the circumstances leading to the mysterious mass burial, archaeologist Salima Ikram travels to Kom Ombo temple where ancient Egyptians worshipped the god Sobek with the head of a crocodile.

In Secrets of the Dead: Egypt’s Darkest Hour, viewers will go behind the scenes with experts as they venture through Africa – from the Pyramids to the glaciers of Mt. Kilimanjaro – in search of clues to solve the mystery of a mass grave, examining the political and environmental catastrophes that plunged Egypt and its people into anarchy. Additional information in the one sheet below.

A mass grave in Egypt – From the great pyramids in Giza to the mountain of Kilimanjaro…A civil war that would last nearly 130 years… who were they and what were they fighting for?

A unique grave in the area of Luxor.  Little is known about this burial site.  Egyptologists want to know who is in there… The tomb reaches back 200 ft deep into the cliff. Filled with the remains of at least 60 people, all appear to be male. Generally, you don’t get mass graves in Egypt… but only when there are plagues or something else that you’d find mass graves.  But what happened?

Ipuwer’s poem describes something terrible happened. French archaeologist Audran Labrousse, ironically, this man looks like Beloch from Indiana Jones: Raiders of the Lost Ark, dressed similarly reads about the accounts of the what happened. Saqqara is where Ardoine and Phillipe go to explore the last pyramid of the “Old Kingdom”. 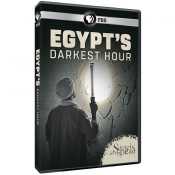 The story of the bones in the tomb start with the end of the reign of Pepe II.  Who was, Pepe II?

He came to the throne about 4300 years ago at the age of six about 250 years after the great pyramids of Giza and the Great Sphinx.  Some believed he was the son of a god and ruled for about 60 – 90 years. The longest reign of anyone in the history of Egypt.

His pyramid complex was to be the be the last of the great pyramids… perhaps the turmoil written about in Ipuwer’s poem, was real!  The pyramid was last studied in the 1930’s and no one has entered since. After 4 hours, they break the seal and they enter directly into the heart of the pyramid.

The text reveals the state of the time of during Pepe’s reign. The entire burial chamber was robbed shortly after Pepe’s death, but the looters bypassed the three stone blocks.  This was a sure shine the country was in a turmoil.  More evidence suggests the Ipuwer was telling the truth. But what happened? How and why did the Pharaohs lose control?

500 miles south are where the regional governors of southern Egypt are buried and there is evidence that the rule was growing.   Things changed over the course of the reign of Pepe’s reign.  A political crisis was brewing and at the age of 94, Pepe the II, died and the entire of Egypt began to unravel.  The crisis worsened.  The old kingdom was clearly in freefall.  The size of pyramids determined the power of the Pharaoh… the 15th King’s pyramid, after Pepe the II, was miniscule compared to Pepe’s.

The King Antifi mentioned unrest, civil wars and more. After Pepe’s death, the nomarchs decided to rule for themselves and the inevitable consequence was civil war.  Social disruption, civil war and conflict and all supports Ipuwer’s ancient texts.  Egypt plunges into chaos and civil war.  The mass graves were the result of that war and the forensics of those bodies, prove massive trauma.  Then, mounting evidence, planetary forces were planning its attack long before Pepe’s reign.

Science proves that Egypt wasn’t the sandy desert that it is believed to be.  At the time of the old kingdom. The time of Pepe, the pyramids were surrounded by a savannah like in Africa today and its climate, changed, rapidly!  5000 years ago wasn’t a desert… but rather, a savannah’s and connected waterways.  When did northern Africa dry out and could’ve this have been the cause of the mass graves?

The key to the mass graves and old kingdom lies 2000 miles away in the glaciers of Kilimanjaro… proof of a global climate catastrophe. 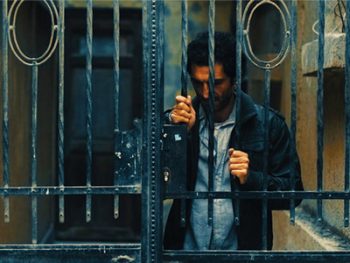 Watch this fantastic documentary and find who these soldiers were and who were they fighting for and why.  Find out why Egyptians raised crocodiles and how they were so important, spoiled rotten and treated like gods.  How can these mummified remains show us reason for what happened in Egypt.  How did the pharaohs sacred crocs end up on the other side of the African continent and are they linked?

The consequence was war from 130 years. The rulers of Thebes, modern day Luxor, fought for control of the entire country.  These soldiers were fighting for Menohotep II, a great general, in the final battle of the Old Kingdom.