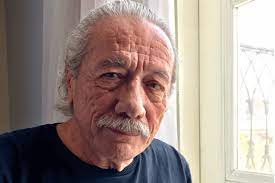 WHO:
Legendary actor Edward James Olmos, the Consul General of Mexico in Los Angeles, Marcela Celorio, producer/promotor Diego González, Mexican designer Mitzy, and Hollywood Walk of Fame producer Ana Martinez, will cut the ribbon for the grand opening of the Vogue Multicultural Museum (VMMLA) on Tuesday, August 10 at 11AM.

WHAT:
Located in the heart of Hollywood, the VMMLA will be elevating the offerings of the world-famous Hollywood Walk of Fame to include world-class art exhibits and exclusive debuts with collections that appeal to both art aficionados and pop culture fans. The first event will be The Pink Floyd Exhibition: Their Mortal Remains, the critically acclaimed retrospective of one of the most legendary bands in rock and world history, followed by “Wonderland” and HR Giger.
WHERE:
The Vogue Multicultural Museum
6675 Hollywood Blvd.
Los Angeles, CA 90028