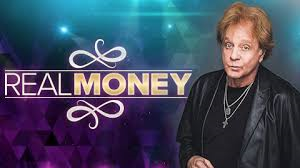 Los Angeles – (May 7, 2019) – Eddie Money and his family are back with even more rock n’ roll hi-jinks in season two of the popular AXS TV original series Real Money. In this exclusive first look at an all-new episode—airing Sunday, May 12 at 8:30pE/5:30pP—Eddie and his talented daughter Jesse enter the studio to record an all-new track “Should’ve Known Better”. The song pays homage to Eddie’s own classic hit “Take Me Home Tonight,” inspiring Jesse to invite her father to lend his signature vocals to the catchy chorus.

The priceless Money moment is equal parts hilarious and heartwarming, as Jesse tries to help Eddie understand her vision for the track. “He’s used to his own music,” Eddie’s wife, Laurie, explains. “And then he’s put into ‘Ok, where am I gonna find myself in this song?’” As he works to find a tone to perfectly complement his daughter’s vocals, Eddie charmingly notes, “I’m either Robert Plant or Jim Nabors. There’s nothing in the middle there,” before proceeding to nail his part seamlessly after just two takes. Watch it here.

Real Money captures the daily lives of the Money family—which includes Eddie; Laurie, his wife of over 30 years; their five kids, Zach, Joe, Jesse, Dez, and Julian; and 11 pets—as they live, laugh, bicker, and rock under one roof. Season two finds them having to leave their home as the Woolsey fires threaten the area; hitting the studio to record new material; rocking a sold-out crowd in Motor City; taking the Big Apple by storm for a raucous Money family reunion; saddling up for some Old West fun in Deadwood, South Dakota; smashing through a ‘rage room’; and welcoming great dane puppy Bette to their growing pack of dogs.