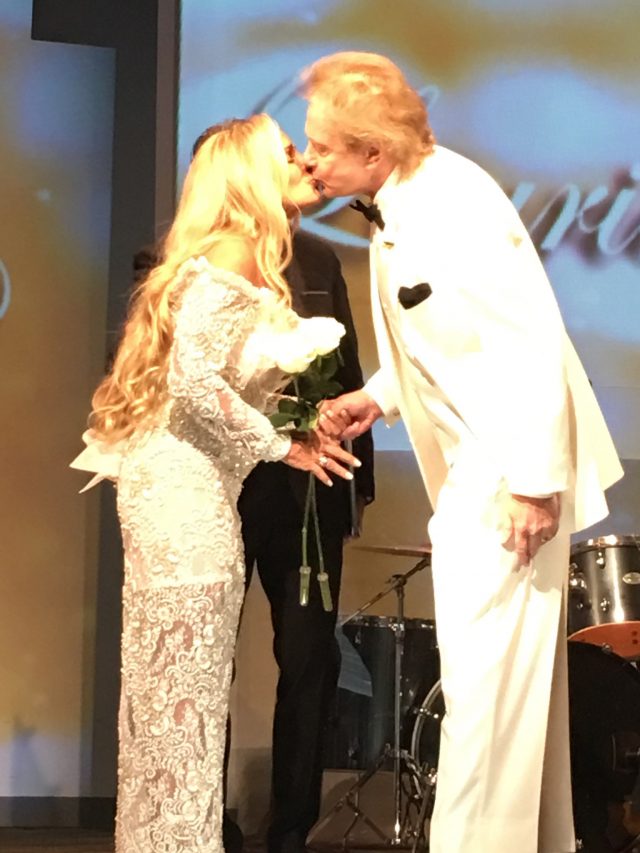 EDDIE & LAURIE MONEY CELEBRATE THEIR LOVE AND RENEW THEIR VOWS IN THIS PREVIEW CLIP OF A SPECIAL HEARTFELT EPISODE OF REAL MONEY, AIRING OCTOBER 10 AT 9:30 P. M. ET/6:30 P.M. PT

Los Angeles (October 8, 2019) – AXS TV presents a special episode of the network’s original reality series Real Money this Thursday, October 10 at 9:30pE/6:30pP. The heartfelt episode captures Eddie and Laurie Money as they renew their vows in an intimate ceremony joined by their five children.

The vow renewal—which took place in early February at their church—was something Eddie and Laurie had wanted to do for several years. Following Eddie’s diagnosis with esophageal cancer in 2018, they knew the time was right to make their dream a reality. “Eddie and I felt strongly about getting married in the eyes of God, and his illness prompted us to stop putting it off,” Laurie said. “This ceremony meant more to both of us than the original, since we knew exactly what the words meant

that we were saying to each other because we’d already lived it.”

The unforgettable episode gives viewers a firsthand glimpse into the emotional day, capturing the couple’s enduring love for each other and serving as a powerful tribute to Eddie, who passed away on September 13, 2019. “[I’m celebrating] my faith and my love for Jesus Christ, and how well he’s taken care of my family,” Eddie explains in this exclusive preview. “Looking into her eyes and having Pastor Brad marry me in the church, it’s just a real thrill. I tell ya, 30 years with my wife are the 30 best years of my life.” Standing at the altar with his four sons and daughter by his side, Eddie expresses his devotion to his wife and his appreciation for God, painting a moving portrait of the dedicated father, loyal husband, and the wonderful man that he will forever be remembered as.

The accompanying clip features two original songs written, produced, and performed by the couples’ son, Dez Money, providing cool tones and tender themes that perfectly pair with the episode’s deeply personal proceedings. The soundtrack includes the newly released single “Can’t Take My Eyes Off You,” as well as “Let’s Get Outta Here” from his 2015 debu

t album “Take Me Down.” To learn more about Dez and his music, visit DezMoneyMusic on Instagram and twitter.

AXS TV is currently available nationally in the United States and parts of Canada, Mexico, and the Caribbean. For a list of providers, visit axs.tv/subscribe. For more information, see www.axs.tv. Press information is available at axstvmediacenter.com.