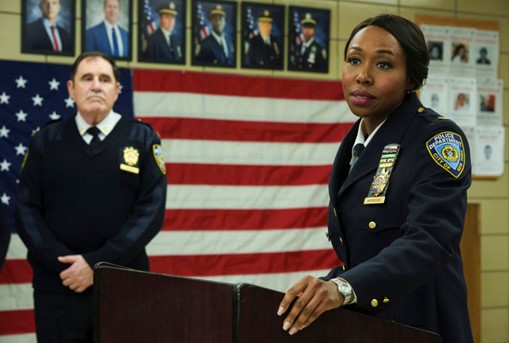 Los Angeles, CA (The Hollywood Times) 9/21/22 – CBS’s newest crime drama East New York is set to premiere Sunday, October 2, at 9 p.m. The series stars Amanda Warren as Deputy Inspector Regina Haywood of the 74th Precinct in East New York. As the city faces social disruption and gentrification Haywood attempts to exerts her influence to protect the community with the help of her fellow officers and detectives, but she is faced with the task of getting them to follow suit as some are resistant to change. 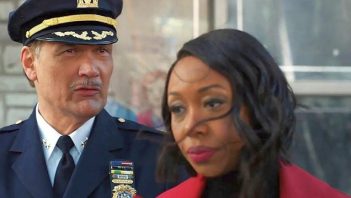 During the TCA (Television Critics Association) virtual press tour cast member and New York native Jimmy Smits was asked if the series is truly reflective of the New York that he knows and grew up in. Smits replied saying, “I think that the show really does reflect the — well, I want to say the new New York, but certainly, given the episodes that we’ve been filming and the stories that Billy and Mike are telling, in this particular neighborhood, with this particular set of people, both law enforcement and the citizens of the community, we’re reflecting a more truthful image of the interplay between the community and law enforcement.”

The panelist also had a question for executive producer Mike Flynn about the plotline with Olivia’s character moving into the projects and how realistic it would be given that more than half the police officers in the city live in surrounding suburbs. Here’s what they had to say; “Well, I would say where we are going with it is, you know, it’s a program that Regina Haywood is trying to implement and trying to really ingratiate the cops within — around the residents. And so, we’re going to see Quinlan just as any resident who moves in, she’s going to get to know the people who live around her. And with that comes another host of problems, which kind of leans on, when a cop moves into a housing project, what does that look like? I think it will be a merger of ideals, and I think, we’ll get to see that character really open up in terms of who she is and how does she react to certain people approaching her. I think it was just a novel idea, and we see happening around the country where, there’s certain police moving into the communities in which they serve. And I think it has an immediate ripple effect on certain areas that experience a high crime rate. So, I wanted to reflect that in our show in terms of what would happen if people started to see police living amongst them. I think that can offer a lot of railroads for stories down the line.” – Replied Flynn. 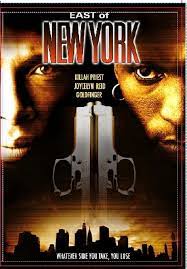 East New York will premiere Sunday, October 2nd on CBS and will be available to stream live on demand on Paramount+.