Pasadena, CA (The Hollywood Times) 3/24/20 – In 1970, the Atlanta Housing Authority opened a public housing community called East Lake Meadows on the edge of the city.  Thousands of Atlanta residents came to call East Lake Meadows home over the next 25 years.  For many, it looked like a promised land.

But the East Lake Meadows neighborhood soon became almost uninhabitable on account of shoddy construction and lack of funding.  People who didn’t live there didn’t go there–and the people who did live there were afraid for their lives. 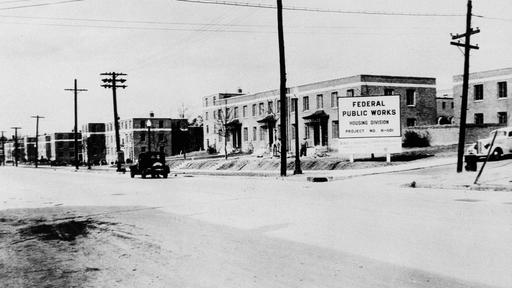 A crack wave quickly spread through the region whose residents faced stigmatization but nonetheless managed to carry on raising their children, finding work, and creating community.  In the mid-1990s, Atlanta bulldozed East Lake Meadows to make way for new mixed-income housing built with both public and philanthropic funds.

The new documentary EAST LAKE MEADOWS: A PUBLIC HOUSING STORY gives a voice to some of the most marginalized people in the US.  It raises questions about the creation of concentrated poverty and limited opportunity for African-Americans and what responsibility we have to ensure decent housing for the nation’s most vulnerable citizens.

The documentary uses small moments and intimate stories from the bottom up to deepen viewer understanding of its issues and illuminate both tragedies and triumphs.  It is set to air on Tuesday, March 24th, 2020 on PBS.

Executive Producer Ken Burns spoke via satellite about EAST LAKE MEADOWS: A PUBLIC HOUSING STORY on a PBS panel taking place on Friday, January 10th at the Winter 2020 TCA Press Tours held at the Langham Huntington Hotel in Pasadena.  For more than three decades, Burns and his colleagues at Florentine films have produced some of the most-watched award-winning documentaries on public television.

“The American Dream, which we know and promote, has always been about the free mobility of Americans to find the place they wish to live and to buy a place to live there,” said Burns.

“Conscious government decisions at every level. . .have warehoused African-Americans and other minorities into neighborhoods, kept them from leaving those neighborhoods, built them substandard housing, and then wondered why everything went wrong!” Burns concluded.

Ironically, public housing can become an agent of further segregation, further discrimination, and further diminution of opportunity for the people whom the housing projects were intended to serve.  The problem of who gets to live where in a country that is supposedly free can perplex all who are involved with urban planning.

Telling true stories like these can be difficult on account of limited archival material.  First-person survival narratives help relate individual concerns to common human experience.  “None of us are getting out of this alive,” commented Ken Burns on the inevitability of human mortality.

Millions upon millions of Americans live in public housing, and much of it is adequate.  But areas like East Lake Meadows can slip between the city planning cracks and disappear off the radar.

So how can one individual impact the world?  One way would be to tune in to EAST LAKE MEADOWS: A PUBLIC HOUSING STORY when it airs later this month on PBS.