West Hollywood, CA (The Hollywood Times) 8/27/17 – After Nazi Germany invaded France in 1940 during the Second World War, hundreds of thousands of Allied soldiers retreated to the seaside town of Dunkirk to await evacuation–or imprisonment by German soldiers!  This dramatic event is documented in the 2017 film DUNKIRK written, co-produced, and directed by Christopher Nolan (MEMENTO, THE DARK KNIGHT trilogy). 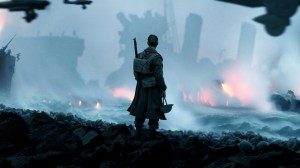 Veteran British actors Kenneth Branagh and Michael Caine (in a spoken cameo role as Fortis Leader) head the ensemble cast featuring Fionn Whitehead in the lead as “Tommy”, the British slang term for an ordinary soldier.  British Prime Minister Winston Churchill’s presence is only implied through his address to the nation read about in the newspapers.  No Germans great OR small are shown on screen. 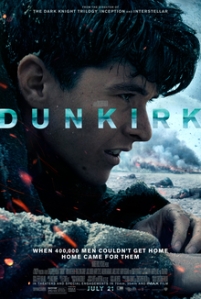 Notably, DUNKIRK contains little dialogue and creates suspense mainly through visuals and music.  Nolan wrote the script told from three interconnected perspectives: land (one week), sea (one day), and air (one hour).  These devices enhance the universal impact of the intense action sequences employing era-appropriate planes and boats that had participated in the Dunkirk evacuation. 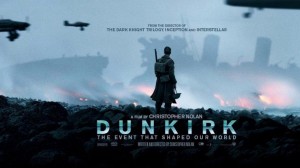 In DUNKIRK, the big players get the small parts and the small players get the big parts.  The Battle of Dunkirk was not a victory and did not involve America.  Nevertheless, critics on both sides of the Atlantic are describing DUNKIRK as one of the best war films ever made. 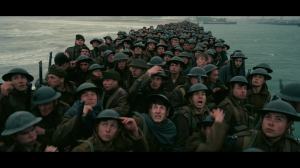 The world premiere of DUNKIRK was held on 13 July 2017 in London.  The film was released by Warner Bros. Pictures in IMAX, 70 mm, and 35 mm film this summer on 21 July in the UK and USA.  It was shot on location in France around the dates of the real evacuation and completed post-production in Los Angeles with some water training and filming occurring in Point Dume and Rancho Palos Verdes. 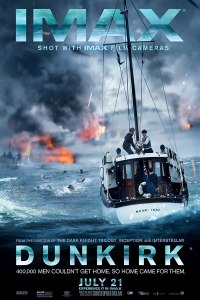 At least part of the shock of DUNKIRK for movie lovers in Los Angeles consists of seeing the stunningly beautiful beaches of France familiar to us from the Cannes Film Festival appear on screen as bloody war zones.  The sights and sounds on the IMAX screen literally seem to shake the floors of the theater.  Kenneth Branagh said that Dunkirk survivors with whom he saw the film thought it was louder than the battle! 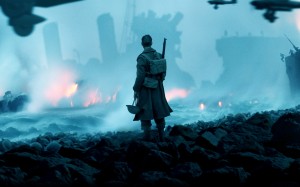 The sad reality is that British officers did initially refuse to evacuate French soldiers at Dunkirk.  Churchill later insisted that the French be evacuated alongside the British.

As DUNKIRK ends, Tommy (quoting Churchill) says, “We shall go on to the end.  We shall fight in France, we shall fight on the seas and oceans, we shall fight with growing confidence and growing strength in the air.  We shall defend our island, whatever the cost may be. . .”  We have often heard lines like this in war films before. 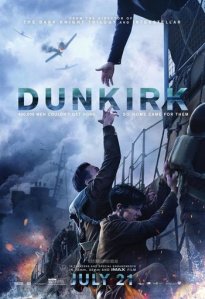 We have NOT often heard lines like, “-Well done, lads.  Well done. -All we did is survive! -That’s enough.” or, “-The tide’s turning now. -How can you tell? -The bodies are coming back!”

Be prepared for something different inDUNKIRK–always!  (And reread WAR AND PEACE while you are at it).

DUNKIRK was heavily marketed as a summer event movie.  It was still being hyped at the hallowed Chinese Theatre on Hollywood Boulevard when this reporter went to review it on the afternoon of Sunday, August 27th, 2017.

DUNKIRK “an impressionist masterpiece”, and the accolades continue to roll in from all over the world!  Along with WONDER WOMAN, DUNKIRK was one of the few must-see summer films of 2017 and may well be the first serious Oscar contender of the year.

This is Jessica: LGBTQ+ Suicide Prevention Activist Jessica Bair to be released on VOD December 13