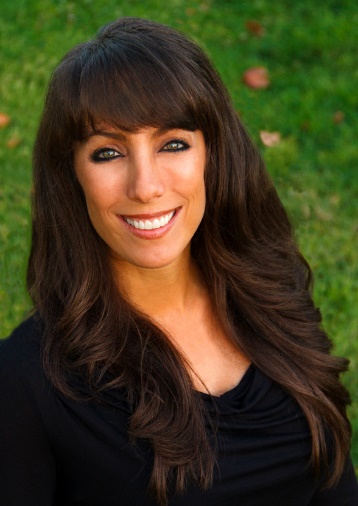 (The Hollywood Times) 2/13/20 – It’s a brave new beverage world out there, and consumers are being romanced by a deluge of “healthy” drink solutions promising to keep them rehydrated, energized and performing at a high level. However, in truth, much of what’s being merchandised in this category is far more focused and adept at hype than hydration.

So, what’s a would-be consumer to do who’s thirsty for a truly viable rehydration, sports or performance-enhancing beverage solution, but doesn’t want to be duped by their drink of choice?

To answer this question and a plethora of other confusing issues rampant in the sports and rehydration drink industry, I connected with field expert James Mayo–co-founder of SOS Rehydrate, which is a company that’s developed a new, cutting-edge and healthy electrolyte replacement rehydration beverage engineered for those with active lifestyles. So impactful is his company’s solution, it proffers rehydration comparable to an I.V. drip to help people avoid and reverse mild to moderate dehydration.

Mayo doesn’t just talk the talk, he’s walked the walk…literally! As a former pro athlete of a caliber sponsored by a sports drink company, he still suffered dehydration and performance issues in relation.  His brother, who is also a competitive athlete and with whom he co-founded the company, also suffered debilitating hydration—an actual collapse—that caused him to not make it onto a world championship team he’d set his sights on. This led the pair to begin formulating the most optimal, medical and science-driven formula on the market.  Mayo’s military service in hot climates also factored into his passion for creating a best-in-class rehydration solution. Mayo personally experienced dehydration during deployments and saw other soldiers suffer the same.  In fact, Mayo says dehydration is the number one non-combat casualty—a result of soldiers working in extreme climates at the edge of human performance, having to carry heavy gear and equipment and often marching for hours even before participating in actual combat. A recipe leaving soldiers exhausted and severely dehydrated, from Mayo’s first person accounts.

For those on the playing field, battle field or just seeking to improve their performance in their personal or professional lives, below are a few of Mayo’s myth-debunking “buyer beware” truths that’ll help shoppers steer clear of ineffective—or even harmful—rehydration and sports beverages in favor of those spurred by sound science.

If you’re reading this narrative, you ostensibly care about what you put into your body and have an interest in gaining the positive effects of rehydration beverages, specifically.  So why settle for drinking excess sugar, or beverages with artificial sweetness and flavors? The fewer and more natural ingredients you put into a drink, and in the correct ratios, the easier it will be for the body to absorb it … and give you the health and performance gains you desire. The same can be said for adding too many ingredients to make it an “all in one” drink.  These kinds of beverage are fashionable and highly marketable, but simply put: your body will not absorb all of the ingredients. So, ultimately, you’re getting far less than you paid for.  Having a drink that is wholly scientifically engineered for just one specific purpose, like optimizing cellular hydration, will have the best chance of being absorbed and rendering the myriad of benefits related thereto.

Beyond the body, food and beverage purveyors also need to do more to alleviate environmental concerns around the amount of beverage-born trash being disposed of that’s not only filling up our landfills, but also affecting the life and ecosystems in our oceans.  Every plastic bottle that we use and regularly throw away takes over 450 years to break down. So, beverage and other manufacturers should not only be focused on “good for you” ingredients, but also eliminating single use plastics from the world through modern options like compostable or non-plastic packaging.  Considering that some companies donate money to “green” causes but still manufacture and package in a way that exacerbates environmental issues is disingenuous, and just throwing money at the problem will only go so far.  Industry collectively needs to take action and demand that manufacturers of food, beverage and all other products lead the change and do their true part to eliminate needlessly harmful waste.

To this, Mayo wholeheartedly agrees. As an environmental pioneer in the rehydration beverage category, Mayo says that SOS Rehydrate is committed to packaging that’s fully compostable across all retail channels by 2021. Come spring 2020 the company’s eCommerce Web site and select retailers will stock SOS’s compostable stick packs.