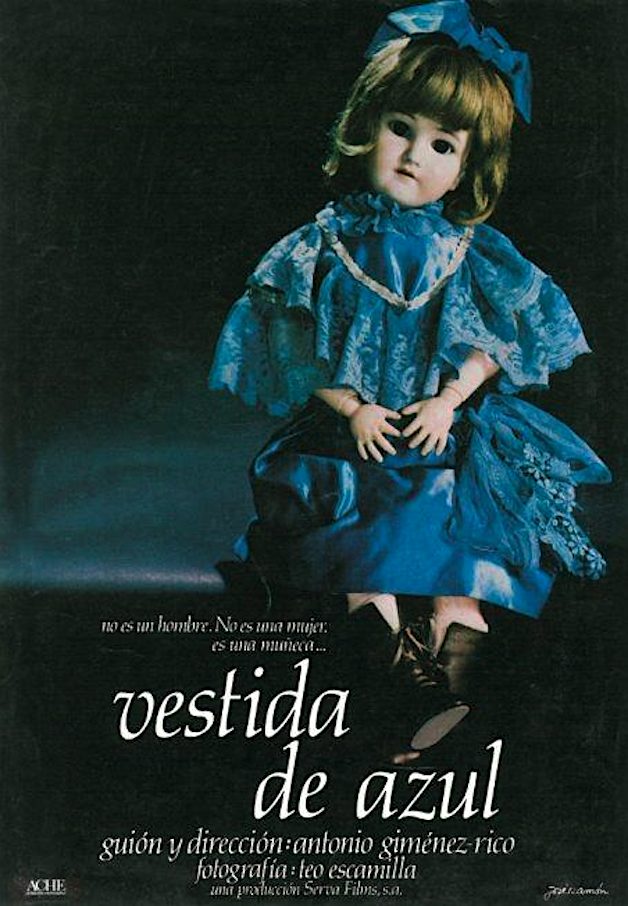 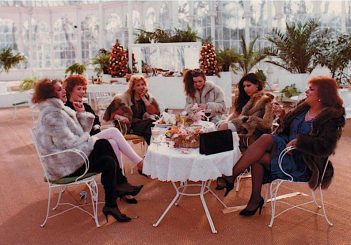 Los Angeles, CA (The Hollywood Times) 8/16/21 – Sometimes we need to look back a few decades to better comprehend where we are today, and a fine example of that is the archival film Vestida de Azul (Dressed in Blue), a landmark 1983 Spanish documentary that reveals the daily lives of several trans sex workers in Madrid, who candidly discuss their personal experiences and histories. Antonio Giménez Rico’s stunning portrait documents the lives of eight transgender women living in 1980s Madrid during Spain’s post-Franco makeover into a constitutional monarchy beginning in 1975 with the death of Franco. Giménez-Rico, who dared to give voice and restore dignity to that group in “a country that awakened in terms of personal freedoms, but always limiting said freedom to whoever it was different or minority,” as the Spanish journalist Valeria Vegas exposes in Vestidas de azul, a book published by the Dos Bigotes publishing house and in which that feature film is taken as a starting point to analyze how society and the media portrayed a group of trans sex workers. In an historical moment that witnessed a dramatic expansion of legal rights and political representation, their stories are an indictment of the repressive, transphobic institutions that remain entrenched in Spanish society. Dressed in Blue has been brought back for distribution by Altered Innocence and is screening at Outfest 2021 on Thursday, August 19, 7:15 pm at the DGA-2. 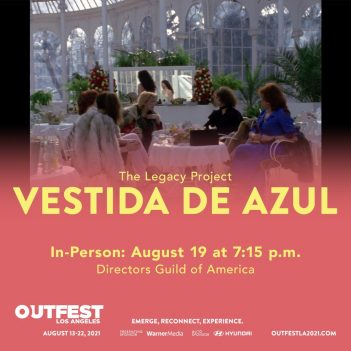 The film may not be a masterpiece but “but it has something that many other feature films lack: it conveys truth.” At first, Giménez-Rico planned a fictional film, but when he began researching and documenting the topic himself, he came across such captivating human material that he understood that he should opt for a documentary – a project on which he embarked with director of photography Teo Escamilla and Jaime de Armiñán as producers. 35 years after its premiere, says Vegas, Dressed in Blue continues to “transmit that truth in part because of the incredible selection they made of their protagonists. They are very funny, they have no filter.” Giménez-Rico’s film broke the ice on a culturally taboo topic that would later make possible the films of Pedro Almodovar and other Spanish directors. 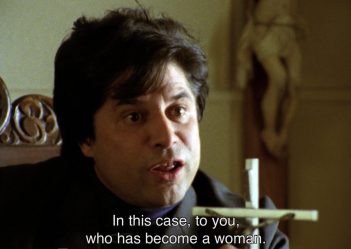 It is a very well-made film and this is partly due to fine camerawork of Teo Escamilla, who worked with Carlos Saura (Cría cuervos) and Jaime de Armiñán. At the time of the film, transsexual women “could only engage in prostitution and show business, but the psychological profiles are very from one who is in her 40s to another who is just over 20. The film title Dressed in Blue, because through the stories of the protagonists delve into issues such as the Social Danger Law, the police raids and imprisonments they suffered, their passage through show business, sexual reassignment or the relationships with their families. The protagonists talk about the Carabanchel as if it were a hotel, but they all knew it was a prison and that street work was dangerous. 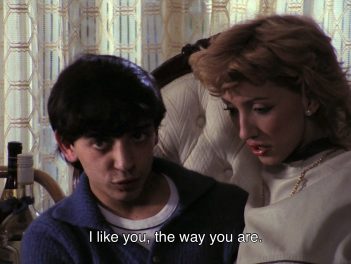 Although the testimonies are close to places like the Centauros, which became mythical as a pick-up spot for trans prostitutes, “the actors would go there after a filming or a play, Sara Montiel or Marisol came to see the imitations they made of them,” Dressed in Blue’s portrayal of show business exudes intense sadness. The artists found that this was another form of prostitution. The businessman who hired them did not bother to train them to be better dancers, comedians or singers. He wanted them only as bait, to show them off, like the bearded woman or the elephant man was shown in another century in a fair booth. 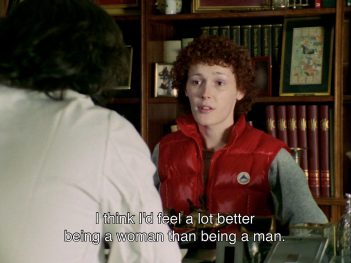 In the opening scene of the film, we see the trans actors at the Crystal Palace in the Jardines del Buen Retiro in Madrid in 1983 where they were invited by the director to meet over drinks. At first, the receptionist did not want to accommodate them, because when checking the names of their identity documents he saw all their names as “male” and thought they were street transvestites. It is important to understand that in the 1980s, the terms “transvestite” and “transsexual” were frequently confused. In many cases, these trans women were accepted, but Giménez-Rico points out that survival required them to claim to be “artists,” despite their side business of sex work. That identity allowed them certain license and justified their extravagant dress. But ultimately, they were women trapped in the bodies of men, dreaming of a better future and possibly a steady relationship with a decent man. 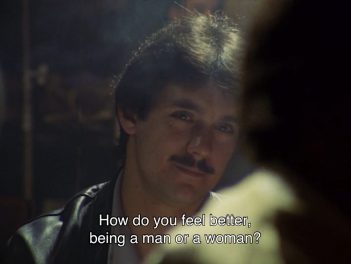 Dressed in Blue will screen Thursday, August 18, 7:15 pm, at the Directors Guild of America on Sunset Boulevard. For in-person tickets, go to: https://outfestla2021.com/vestida-de-azul/