Movies:
“Sunrise: A Song of Two Humans,“ directed by F. W. Murnau, starring George O’Brien and Janet Gaynor, was released in 1927. It won three Oscars, including Best Picture, Unique and Artistic Picture…”Butch Cassidy and the Sundance Kid” directed by George Roy Hill and starring Paul Newman and Robert Redford opened in theaters in 1969…”Gorillas in the Mist” starring Sigourney Weaver as naturalist Dian Fossey opened in theaters in 1988…“The Shawshank Redemption” starring Tim Robbins and Morgan Freeman opened in 1994.

Music:
“That’ll Be the Day” by Buddy Holly and the Crickets reached #1 on the U.S. Billboard charts in 1957… Mac Davis‘ “Baby Don’t Get Hooked on Me” hit No. 1 in the U.S. in 1972…In 1980, legendary reggae singer Bob Marley performed his final concert at the Stanley Theater (currently known as the Benedum Center) in Pittsburgh, PA….Shawn Mendes released his album “Illuminate” in 2016. 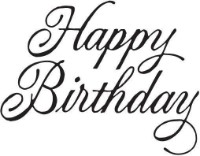 Apple TV+ Announces Comedy “High Desert”
Apple today announced a series order for “High Desert,” a new, comedic half-hour series to be produced by Apple Studios that will star Patricia Arquette (“Boyhood,” “Escape at Dannemora,” “The Act”), who will also executive produce. The project reunites Arquette with DGA Award-winner Ben Stiller (“Escape at Dannemora”), who will direct the first episode and executive produce through Red Hour Films alongside Nicky Weinstock.  Molly Madden and Tom Lassally executive produce on behalf of 3 Arts Entertainment. The logline: “High Desert” follows Peggy (Arquette), a former addict, who decides to make a new start after the death of her beloved mother with whom she lived in the small desert town of Yucca Valley, California, and makes a life-changing decision to become a private investigator.

Drama “God’s Country” Inspired by Blake Shelton Song in the Works at NBC
“The Voice’s” Blake Shelton is teaming with “The Fast and the Furious” writer Gary Scott Thompson for a potential drama at NBC based on his song “God’s Country.” The Universal TV project has a script commitment at the network. The proposed series, also called “God’s Country,” centers on a hardworking Midwestern farm family. When its patriarch dies, his grown children discover he was keeping a devastating secret they could never have imagined.

Thompson, who created the drama “Las Vegas” for NBC, is executive producing with Shelton, Narvel Blackstock and Laurie Pozmantier.

The song, which focuses on faith and Shelton’s ties to his home state of Oklahoma, reached No. 1 on the Billboard country charts after its 2019 release and has gone triple platinum. Written by Devin Dawson, Hardy, and Jordan Schmidt, “God’s Country” won single of the year at last week’s Academy of Country Music Awards.

HGTV Orders “Ty Breaker”
HGTV has greenit “Ty Breaker” with carpenter, craftsman and designer Ty Pennington. The eight-episode series will follow Pennington as he helps desperate families decide whether to overhaul their current property or renovate a new one to better meet their needs. The logline: In each episode, Alison Victoria (“Windy City Rehab”), Grace Mitchell (“One of a Kind”) or Sabrina Soto (“The High Low Project”) will entice the family to choose an alternative home that can be renovated to fulfill their wish list, while Ty does all he can to persuade the family to stay.  In the end, will it be Ty or his HGTV co-star who holds sway?

“Ty Breaker” is slated to premiere on HGTV in early 2021.

“Supergirl” to Conclude on The CW After 6 Seasons
The CW has announced that the upcoming season of action/adventure “Supergirl,” starring Melissa Benoist, will be concluding after the upcoming sixth season. The now final season, which is slated to return to production later this month in Vancouver, will consist of 20 episodes and premiere in 2021.

“To say it has been an honor portraying this iconic character would be a massive understatement,” Benoist wrote on Instagram. “Seeing the incredible impact the show has had on young girls around the world has always left me humbled and speechless. She’s had that impact on me, too. She’s taught me strength I didn’t know I had, to find hope in the darkest of places, and that we are stronger when we’re united. What she stands for pushes all of us to be better. She has changed my life for the better, and I’m forever grateful. I’m so excited that we get to plan our conclusion to this amazing journey, and I cannot wait for you to see what we have in store. I promise we’re going to make it one helluva final season.”

“Supergirl,” which originally aired on CBS and moved to the more compatible CW in season two, is the second spinoff to originate from DC Comics drama “Arrow,” following “The Flash.”

“Schitt’s Creek” to Launch in National Syndication on Sept. 28
Following its historical 7 for 7 Emmy winning sweep on Sunday, Canadian sitcom “Schitt’s Creek” will launch into national syndication across the country starting on Monday, Sept. 28. Lionsgate’s Debmar-Mercury owns the domestic broadcast rights to the series, which produced 80 half-hour episodes in total.

Debmar-Mercury announced last fall, but the timing of the syndicated launch could not be more fitting given the Emmy dominance. The CBC-commissioned sitcom, which first premiered on Pop TV in January 2015 and wrapped its sixth and final season in April, is also is available on Netflix. The streamer is launching the fifth season on October 7.

Actor John Jae Holeton: How the Actors Loft is the Segway to an Amazing Acting Career