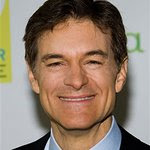 Dr. Mehmet Oz of “The Dr. Oz Show” will host the Substance Abuse and Mental Health Services Administration’s (SAMHSA) 2016 Voice Awards — a program that recognizes those in the television and film industry and community leaders who work to increase awareness and understanding of mental and substance use disorders.

This year’s event, to be held on August 10 at UCLA’s Royce Hall in Los Angeles, will highlight the theme “Strengthening Families through Hope and Help,” and spotlight the positive impact family members have on their loved one’s path to recovery.

The 2016 Voice Awards will recognize actors Kristen Bell and Dax Shepard with aSAMHSA Special Recognition Award. The couple are known for their considerable efforts to raise awareness about mental health and addiction, support of each other on their respective journeys of recovery, and commitment to helping behavioral health community organizations. Filmmakers Rob Reiner and his son Nick Reiner will also receive a SAMHSA Special Recognition Award for sharing their personal and difficult family story about supporting Nick on his path to recovery from addiction. Their real-life inspired film, “Being Charlie,” is a Voice Award finalist this year as well. In addition, Yashi Brown, Rebbie Jackson, and Stacy Brown will receive a SAMHSA Special Recognition Award for sharing their personal stories of recovery and speaking out about the importance of family support for those living with mental illness and addiction.

Consumer/peer/family leaders who have embraced and promoted the role of meaningful family support in all aspects of prevention, treatment, and recovery also will be honored. The Staglin family in Rutherford, CA, will receive the Lifetime Achievement Award for their extraordinary contributions to mental health research, and for raising awareness about mental health in their community and nationally. Consumer/Peer/Family Leadership Awards will be presented to Sheldon Hill (Detroit, MI), Tiffany Hunsley (Rochester, MN), Julie Magers (Tigard, OR), Ted Streuli (Edmond, OK), and Sally Zinman (Berkeley, CA). The Young Adult Leadership Award will be presented to Joshua Calarino (Miami, FL).

The Voice Awards also will recognize writers and producers who feature responsible and respectful portrayals of people with behavioral health conditions in their films and television shows, and highlight the powerful role family support can play for recovery. This year’s finalists include Being Charlie; The Dark Horse; Love & Mercy; Touched with Fire; “Blue Bloods” (CBS); “The Carmichael Show” (NBC); “Empire” (FOX); “Madam Secretary” (CBS); “Mom” (CBS); and “Nashville” (ABC/CMT). 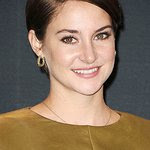 Actresses Shailene Woodley and Riley Keough will join 30 Native American youth at a rally in Lafayette Square, in front of the White House on Saturday, August 6th at 1 pm.

They’ll deliver Change.org petition signatures from a campaignagainst the Dakota Access Pipeline which has been endorsed by a long list of celebrities including Leonardo DiCaprio, Jason Momoa, Ezra Miller, and Alison Sudol.

The rally takes place as the culmination of a relay run the youth began from the Standing Rock Reservation in North Dakota, over 1,500 miles to Washington D.C.

Shailene Woodley has already visited the Standing Rock Youth multiple times at their encampment near the pipeline’s construction and later in Dayton, Ohio, along the run, which she livestreamed from her Facebook page. You can check out the video here. 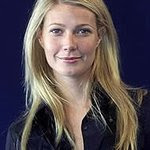 This unique event, consisting of a morning paddle board race and evening sunset party, has become one of the hottest signature soirées on the Hamptons summer circuit.

Special guests will include Gabrielle Reece and Laird Hamilton.

One of the premier items in the silent auction will be a giant and custom made Paddle Board, signed and designed by American visual artist and filmmaker Michael Dweckwith an opening Bid of $3,000.

Dweck, whose photography recently graced the cover of the Philanthropy and Art Issue of Hamptons Magazine this July with the iconic surfing photo Brittany and Julia, is actively involved in donating proceeds from his art to other charities that protect oceans and beaches, including and especially The Surfrider Foundation, Oceana and Splash.

To learn more about the auction, please click here.

Bid On The Chance To Meet Tim McGraw 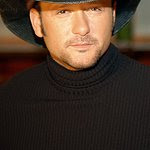 Included in this auction is a pair of tickets to see Tim in concert on September 4th, at the Puyallup Fairgrounds at Washington State Fair in Puyallup, WA.

Listen to Tim sing his old favorites as well as new songs from his current album Damn Country Music. Bring your camera and a pen to get an autograph because this auction also includes a up close meet and greet with Tim.

Did we mention that airfare and a 2-night hotel stay is included in this package too! 100% of the proceeds benefit Point Hope, a non-profit organization that serves as a voice for forgotten children.

The auction runs until Aug 6, and can be accessed here. 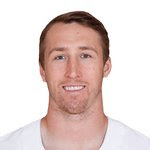 WorldVentures announces its partnership with linebacker Sean Lee and the Dreambuilders Foundation as the presenting sponsor and a corporate sponsor on the “Sacks for Kids” campaign to benefit the Boys & Girls Clubs of Collin County.

Fans Pledge. We Perform. Kids Win.
Beginning July 28 through the 2016–2017 National Football League season, fans may pledge any dollar amount per any sack the Dallas Cowboys defense has. At the end of each game, pledges turn into actual monetary donations that directly benefit the clubs and their programs. 100 percent of the funds raised will be paid out to the Boys & Girls Clubs of Collin County. Anyone can pledge at any time during the regular season.

Donors who pledge $50 or more per sack during the pledge window of Aug. 18–Sept. 11 will be invited to be guests of Sean Lee at his Stars and Steaks dinner to be held October 10 at III Forks restaurant.

Updates about the amount of funds raised will be announced each week through emails and social media postings. Updates will also be announced during Keith Russell’s weekly one-on-one with Lee on CBS 11.

“I’m proud to support the Boys & Girls Clubs of Collin County,” says Lee. “Helping to raise money for the club through each sack we have this season is a great way to support the programs they have for kids, and I hope Cowboys fans everywhere will join me in this campaign.”

In the past, Sean Lee’s Dreambuilders program has provided the Boys & Girls Clubs of Greater Dallas and Fort Worth with $50,000 in technology and equipment upgrades. This includes the purchase of literacy software, as well as e-readers for children to use in the clubs.