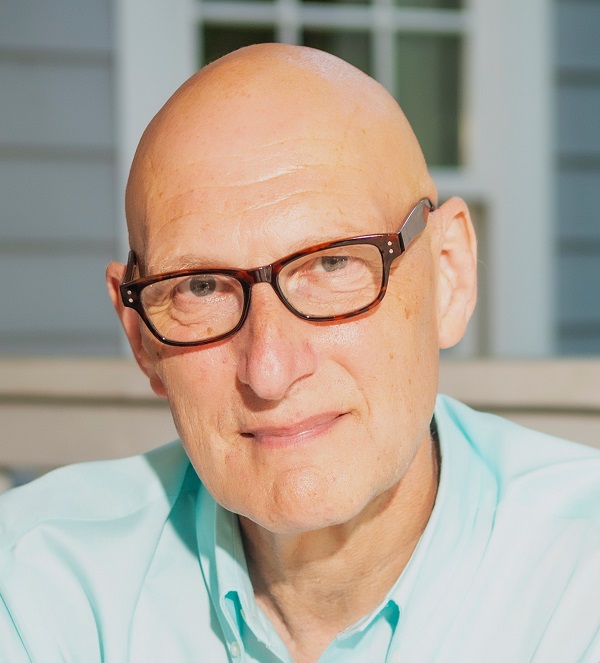 Los Angeles, California (The Hollywood Times) 5/24/2021 –  Dr. Rankin is an inspirational educator on the subjects of mind-body medicine, spirituality, neuropsychology and cognitive function, personal change and transformation. He has given hundreds of seminars and he is a frequent radio and television guest, appearing on “The View,” CNN and affiliates of all of the major networks. His pioneering work on self-control was featured on ABC’s “20/20” news show. Now, his new book, I Think Therefore I am Wrong, looks at the many ways we can sabotage our thinking through cognitive biases, binary thinking, false assumptions and numerous other strategies.

You have spent a long career in psychology, how did you embark on a writing career?

I have always been a writer. However, as I approached my college years, writing didn’t seem to offer a solid career path and I found my way into psychology. Even when studying psychology at the University of Nottingham in the UK, I wrote pantomimes that were designed to appeal to developmentally disabled kids (slapstick) and their parents (political satire). Doing my graduate work, I met Dr. Tony Buffery, a neuropsychologist who had been in the Cambridge Footlights group with John Cleese and the rest of the Monty Python crew. We performed Christmas reviews that were a lot of fun. At the same time, I was working in the addictions field, getting my PhD., and writing some of my 35 academic papers. By the way, I’m one of the few (or only) person ever to write a scientific paper as a limerick.

As my psychology and especially my therapy career progressed, I realized how critical story-telling was to communication. Given there was very little at the time on effective communication, I wrote Power Talk: The Art of Effective Communication. I have just brought out a second edition. When you are sitting with a client in therapy who is resistant to making real change in their lives you have to be very creative in getting them to own the message. As I mentioned in my TEDX talk, there is a huge difference between telling and motivating. And this to me is a huge issue in education, medicine and many other sectors of society. How do you get people to own the message not just listen to it?

Do you have any experience in making movies? 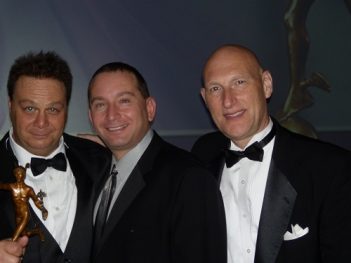 A great friend of mine Gary Marino made a documentary of his walk from Florida to Boston to raise awareness for obesity. I was involved in the script and the production of The Million Calorie March. It won an award, a sort of medical Oscar, for health-related documentaries.

How does psychology, writing and drama overlap?

As I mentioned above there is a huge difference between telling and showing. I always tell my non-fiction writing clients that you have to show as well as tell. We know  how the mind works, it is fueled by emotion. The material has to resonate with someone personally. If readers are given merely a list of tools, that’s just a list of tools not motivation to use them.

Now while there is the whole field of psychodrama, how do you turn a therapy session into a meaningful moment without becoming unprofessional. It’s a challenge. One time I was treating a woman who had what used to be called Multiple Personality Disorder and is now called Dissociative Identity Disorder.   She had an alcohol abusive mother, who one time made her six year-old stand on a pile of newspapers, threw kerosene on the pile and set it alight. My client managed to jump off in time and run into the swimming pool. When she went to her father, he sexually abused her. Now years later in therapy with me, she was having difficulty expressing her anger. How could I get her beyond that?

We were discussing this issue one day, when I said, “I’m so mad at them! How could they do this to you?” I threw a box of tissues against the wall. She broke down saying, “If I let myself get mad, I will never stop.”

I said, “I don’t think so. But let’s try.” I took a cushion off the couch and said, “Here. Hit that chair with this cushion. Do it for as long as you like.”

Now 7 minutes is a long time to be smashing a cushion against a chair but it’s not an eternity. She could start accessing her anger.

I have also used what I consider to be one of the great movie lines in dealing with couples in conflict. The couple are upset with each other, perhaps one more than the other. The husband has done something stupid, and his wife is angry. Yes, we could delve deeper into the issue and the often biased thinking that is leading the couples away from each other. However, before embarking on this, or even instead of embarking this, I have said this.

“Did you guys ever see the movie War Horse? In it, there’s an older couple who are really under a massive financial strain. The guy goes out and impulsively buys an expensive horse at an auction. When he brings it home, his wife is understandably mad at such a thoughtless decision.

“Please don’t hate me,” the man says to his wife. Then the wife says…. “I might hate you more but that doesn’t mean I love you less.”

Wow!!! I could have gone into all the latest work in cognitive neuroscience that shows we have simplistic binary thinking and suggested they read Daniel Kahneman’s book Thinking, Fast and Slow or my own book I Think Therefore I am Wrong and maybe they will. But that movie line was much more effective

How do you accommodate these different fields?

For me they overlap. Right now, I am working with two great LA-based famous neurologists Dean and Ayesha Sherzai. They understand the importance of story-telling and communicating in a very meaningful and inspiring way. Their new book The 30 Day Alzheimer Solution program is a best-seller and they have set up online resources for people to change their lifestyle so they can avoid cognitive decline as well as pretty much all the other diseases. Story-telling and effective communication is a key part of the process. I’m also Chief Science Officer for IntualityAI a predictive analytics company that uses behavioral economics and cognitive biases to successfully predict many things from the financial markets to sports. In both of these, and in my speaking, coaching and consulting, effective communication  is the common thread and the key.

What are some of the stories that you have been involved in that would make great drama?

There are so many! I helped a great coach, Barrett Murphy, told the story of Six-man football In Louisiana  during World War 2. I wrote a treatment that reflects a true story.  With all the men off to war, there was the first female principal in one of the schools. Initially, she had no interest in football but after seeing the impact it had on the players and others she was gradually won over. She had to fight very hard for a fair play-off system and then watched as her team won the championship.

Another one is the true story of an African girl, who saw a plane for the first time as it flew over her poor village and vowed then, at the age of six, that she wanted to be a pilot. Yeah, right! However, she persevered against ridiculous odds to eventually realize her dream and became an aeronautical engineer!

Another one is the amazing story told by a military physical therapist, Major Jeff Frankhart, who had to create new treatment for pain to reduce dependence on opiates and suicides in the military. His  incredible new treatment, described in his upcoming book Mission Change Pain, has stories of  soldiers with horrendous injuries back running, and in some cases jumping out of planes and into combat.

Is there one story that stands out? 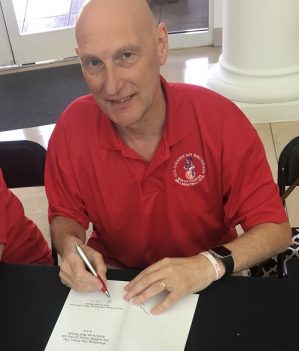 I am developing a treatment and sizzle reel from a book I co-wrote, Breaking the Press and its soon to be released follow-up The Incredible Journey of the All-American RedHeads. The Red Heads were an all-female basketball team formed in 1936. They barnstormed the country playing against men’s teams by men’s rules. At the time the prevailing view was that women shouldn’t play such a demanding sport and in fact, their rules divided the court into zones to prevent the female players from running the whole length of the court! The RedHeads won most of their games and over 50 years changed the perception of women in sports. They were influential in the acceptance of athletics under Title IX, which legislated equal opportunities for men and women.  Billie Jean King wrote them an amazing letter congratulating them for changing the face of the role of women in sports, and several experts claim that there would be no WNBA without them. It’s a story that must be told.

How Not To Think podcast: https://www.buzzsprout.com/730841/episodes