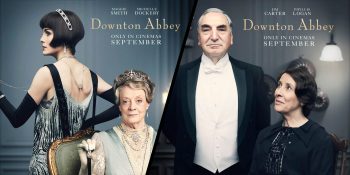 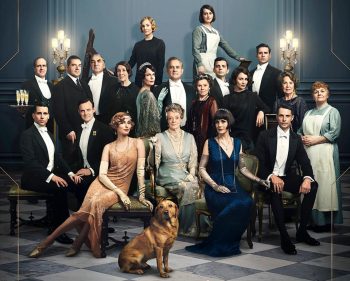 Get a recap before you see the movie here: 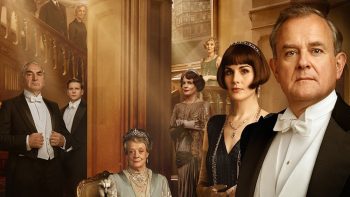 And as for the servants: Ms. Hughes (Phyllis Logan) was stern but feisty, Carson (Jim Carter) bluff and officious, Anna (Joanne Froggatt) loved nothing more than piously tut-tutting her fellows, Mr. Barrow (Robert James-Collier) was evil until he suddenly wasn’t, and Mr. Bates (Brendan Coyle) was yeah actually you know what never mind no one cares about Mr. Bates.

They’re all back, in a film that’s less a victory lap than a cakewalk. Which is to say: In every meaningful way, the film feels like another episode of the series, reproducing, with remarkable fidelity, its various strengths and its sundry weaknesses. 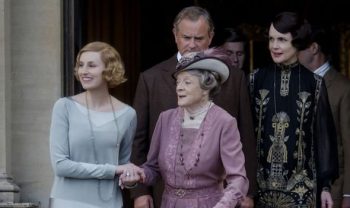 Granted, on the surface at least, everything about the movie is grander, more sweeping than the series: In the opening credits, the cast members’ names glint and gleam like freshly polished silver. The opening theme teems with more strings and woodwinds than ever; and our first sight of Downton takes place in a not-made-for-TV drone shot that soars over those fusty Jacobethan towers just as the violins swell to their melodramatic fullest.

The stakes are higher, and they feel like a long-expected culmination — a royal visit, a situation that lets Fellowes’ monarchist leanings stop their leaning and finally tumble forward onto the parquet floor to do giddy somersaults. Downton the series was always at its best when laying out the juicily complicated logistics behind the day-to-day running of a English country house; Downton the movie spends a good deal of its running time on the furious preparations that precede the arrival of King George V (Simon Jones) and Queen Mary (Geraldine James), and on the specifics of the Downton staff’s interactions with the royal retainers. Every last one of the scenes is precisely, uncannily, exactly what we expect — no more, and no less.

And just as Downton the series was at its feeblest whenever it attempted to tackle story beats meant to evoke heart-racing suspense, Downton the film includes a plot thread that culminates in what passes for an action scene so flatly staged it seems only fitting that the characters immediately proceed to forget about it before we do.