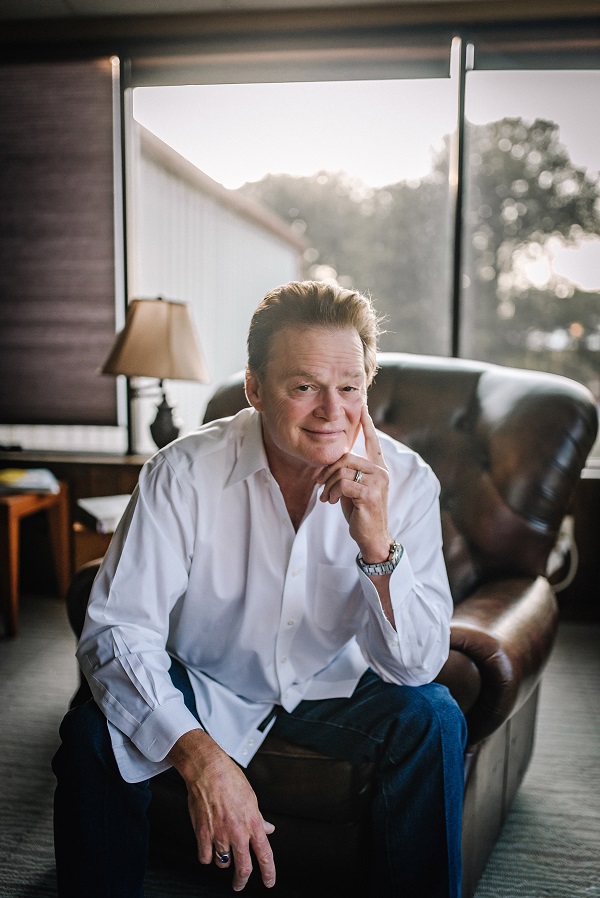 Stone debuted in 1990 with the chart-topping single, “I’d Be Better Off (In a Pine Box),” the first release from his self-titled debut album. Both his self-titled album and his 1991 album, “I Thought It Was You,” (celebrating its 30th anniversary this year), featuring number one hits such as “A Jukebox With Country Song” and “In a Different light” earned a platinum certification from the RIAA. His 1992 album titled “From the Heart ” brought two more number one hits including, “Too Busy Being in Love” and “Why Didn’t I Think of That.” 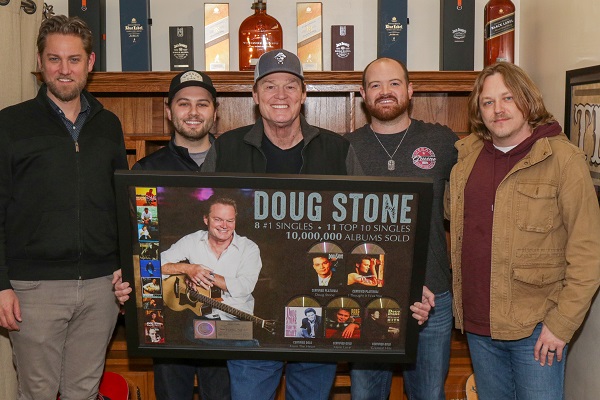 “Wow, I knew I had sold some records, but I had no idea that ten million CDs had gone out the door,” says Stone. “My life has been a country song with many ups and downs. I am thankful to still be doing what I have always loved doing and that is singing for the fans and bringing my music to the stage. We all lived through a tough year last year and to start 2021 off with this honor is absolutely a great beginning to what is in our future.”

Visit HERE and follow Stone’s socials below to keep up with tour dates and announcements. 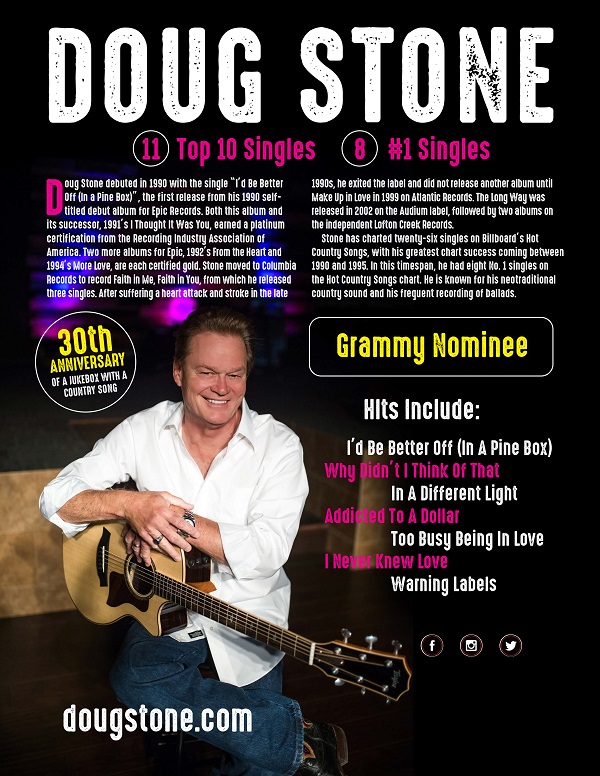 About Doug Stone:
Doug Stone is a Grammy-nominated singer and songwriter who has topped the Billboard Country charts eight times. In addition, Doug has scored 11 Top 10 hits singles including Why Didn’t I Think Of That, In A Different Light, I’d Be Better Off (In A Pine Box), Addicted To A Dollar, and Warning Labels. In 2021, Doug was presented with a plaque in commemoration of selling more than 10 million albums worldwide.