Are you ready for a night of R&B Royalty? At The Starlight Bowl in Burbank on September 25th, 2021, The Temptations, with special guests The Four Tops, are bringing Motown to SoCal.

Double absolutely no trouble means that two are better than one when it comes to a live musical performance. Indeed, on September 25th at The Starlight Bowl, audiences will be treated to not one but two Motown legends when The Temptations and The Four Tops take the stage. Although The Temptations are the headliners and The Four Tops are their special guest, both bands equally represent the golden age of R&B in American music history.

Presented by Where Music Meets The Soul, tickets are still available for this journey back to soul’s smoothest days that include so many iconic songs that will never be forgotten. Founded by Berry Gordy Jr. in 1959 in Detroit, Michigan, Motown Records represents early racial integration and crossover success of the music of an African-American-owned label into the mainstream. Motown soul, an expression of the heart of African-American soul music with a mainstream pop appeal, remains one of the favorite genres of countless millions of music listeners nationwide. Indeed, very few genres of popular music have maintained their appeal over the decades, as well as Motown soul, which The Temptations helped to create. 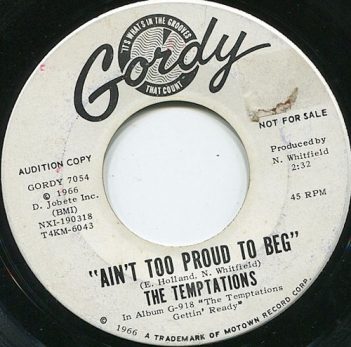 As an American vocal group from Detroit, Michigan, The Temptations released a series of successful singles and albums with Motown Records during the 1960s and 1970s. In October of 1968, their first Top 10 hit single, “Cloud Nine,” became the first Motown recording act to win a Grammy. Today, four out of the five original members (David Ruffin, Melvin Franklin, Eddie Kendricks, and Paul Williams) sadly are no longer with us. However, Otis Williams, the founding member of the band and the leader, keeps the beat going and the music alive.

Otis Williams keeps a continuous lineup of talented male singers, including himself, working together to form a vocal powerhouse. Despite being around for over fifty years, they bring in new fans with their infectious and popular songs. Moreover, the songs of The Temptations are constantly showing up in popular television shows and movies.  From

“My Girl” and “The Way You Do The Things You Do” to “Ain’t Too Proud To Beg” and “Just My Imagination,” the songs of The Temptations are a critical part of the soundtrack of our lives.

Like The Temptations, The Four Tops’ first Motown hit, “Baby I Need Your Loving” in 1964 made them stars and became an all-time classic recording. Soulful and bittersweet, the songs of the male quartet found success across the board. In fact, “I Can’t Help Myself (Sugar Pie, Honey Bunch)” went from being a Number 1 R&B hit to being a #1 Pop smash in 1965. It became one of Motown’s longest-running chart-toppers. Quickly followed by longtime favorite, “It’s The Same Old Song” (no. 2 R&B/no. 5 pop), the group was in the groove.

According to many critics and fans, the band’s commercial peak was highlighted by a romantic trilogy. First came the Number One hit, “Reach Out I’ll Be There.” Following quickly in succession, “Standing In The Shadows Of Love” (no. 2 R&B/no. 6 pop) and “Bernadette” (no. 3 R&B/no. 4 pop) ensured that the band would have a place in American music and Motown history. Later in the group’s evolution, “Ain’t No Woman (Like The One I’ve Got” and many more popular songs continued the successful trend.

The only surviving member, Abdul “Duke” Fakir, leads a version of the Four Tops that includes founding member Lawrence Payton’s son, Roquel. Like Otis Williams with The Temptations, Fakir keeps the music and the dream of The Four Tops spinning strong. On September 25th at The Starlight Bowl, these two classic Motown success stories come together to give a live performance that should not be missed.