NEW YORK – In preparation for the release of Don McLean’s children’s book, ‘American Pie: A Fable’, the Hollywood Walk of Fame star recipient and Songwriter Hall of Fame member  appeared on ‘GMA3: What You Need To Know’ to talk about the 50th anniversary of his iconic hit American Pie, his world tour, the release of his children’s book, and was honored with a surprise plaque for sales of more than 50 million albums worldwide!!!

“This children’s book is something special! I see grandparents, moms, dads, and their children at my shows all the time singing the words to American Pie and one day I was like this could be a great children’s book,” says McLean. “I teamed up with Judy Proffer and her imagination went wild. She and an illustrator created some amazing imagery to tell this story and I know kids are just going to love this book.” 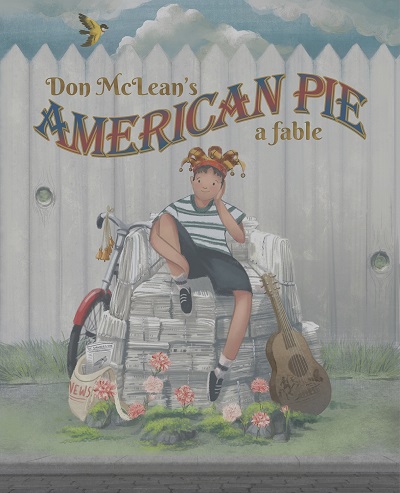 McLean is currently embarked on the 50th Anniversary American Pie World Tour with “American Pie” having made its way into numerous films including recent premieres of Marvel’s ‘Black Widow’ and the new Apple TV+ sci-fi movie, ‘Finch.’

Don McLean is a Grammy award honoree, a Songwriter Hall of Fame member, a BBC Lifetime Achievement Award recipient, and his smash hit “American Pie” resides in the Library of Congress National Recording Registry and was named a top 5 song of the 20th Century by the Recording Industry of America (RIAA). A New York native, Don McLean is one of the most revered and respected songwriters in American history. After paying his dues in the New York club scene in the late ‘60s, he went on to score mega-hits like “Vincent (Starry, Starry Night),” “Castles in the Air” and many more. His catalog of songs has been recorded by Madonna, Garth Brooks, Josh Groban, Drake, “Weird Al” Yankovic, and countless others. In 2015, McLean ’s handwritten manuscript of the lyrics to “American Pie” was auctioned by Christies, selling for just over $1.2 Million. 2019 honored Don with a star on the Las Vegas Walkway of Stars and his song “And I Love You So” was the theme for Prince Harry and Megan Markle’s wedding.

Don landed a new recording contract with Time Life in 2020, with whom he released a catalog of recordings as well as a new album Still Playin’ Favorites. 2021 brought Don’s “American Pie” features in the Avengers’ Black Widow and the new Tom Hanks movie Finch. Don received a star on the Hollywood Walk of Fame, celebrated the 50th anniversary of “American Pie,” recorded a version of the song with a cappella group Home Free, a children’s book has been written, and much more! And when you think things are slowing down, not so for Don McLean! 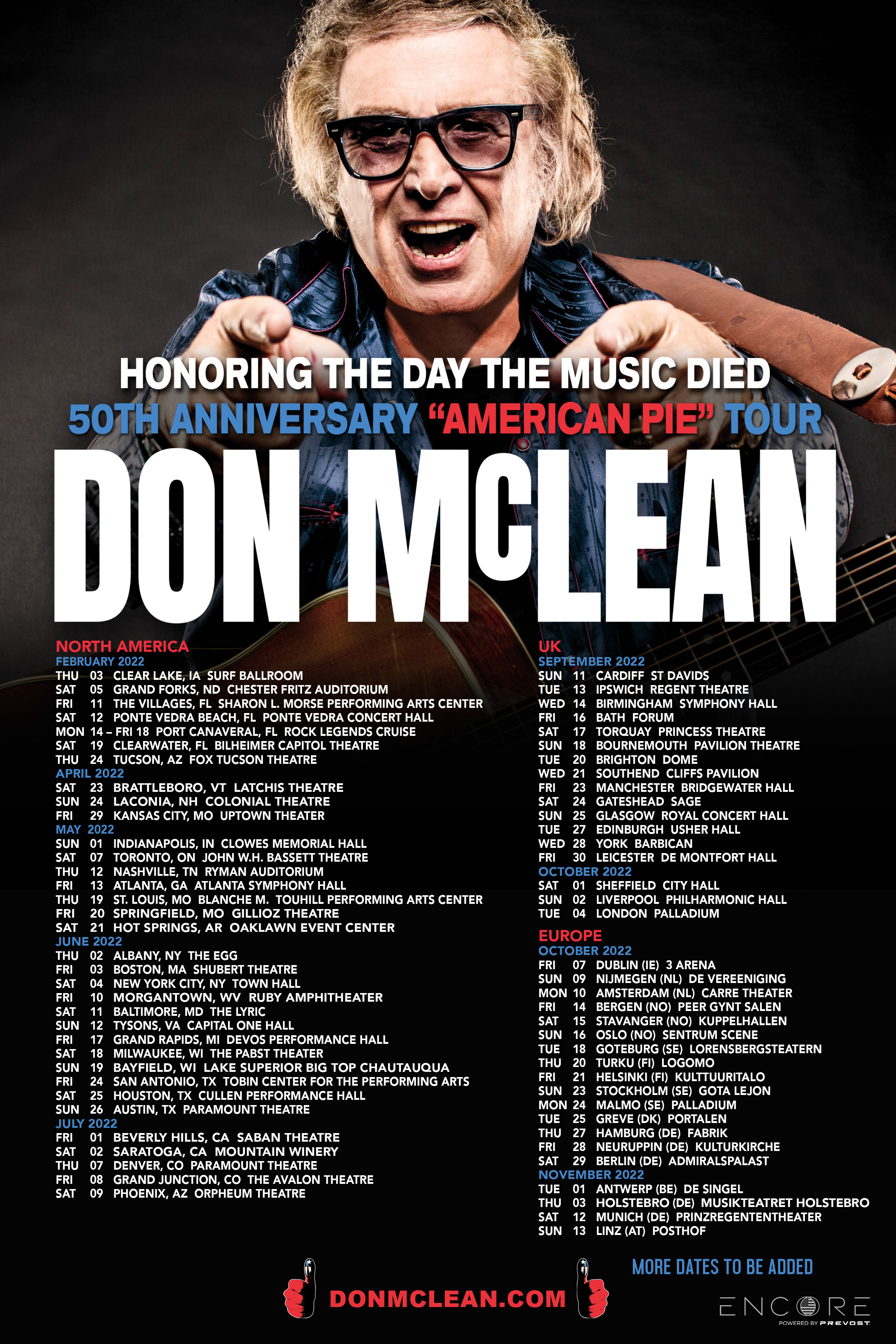