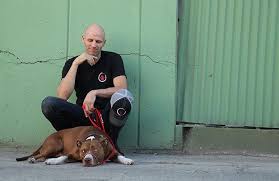 Beverly Hills, CA (The Hollywood Times) 9/1/19 – All dogs go to heaven and all dogs deserve redemption! The founder of Zen Dog, a behavioral training facility, teamed up with producer and show runner Corinna Robbins for a new series on National Geographic, Dog:Impossible!

Zen Dog, the company and brainchild of Matt Beisner, equips owners of our beloved four-legged friends with the tools to love, respect, and care for their pets! Beisner holds firmly to the belief that bad dogs do not exist. Beisner shed more insight on this belief at the National Geographic portion of the TCA Summer Press Tour. “My experience has been that there are no bad dogs and that is born out of my own experience as a human, where I made a lot of choices that weren’t safe” Beisner profoundly declares,  “I had an opportunity to make a new choice about how I wanted to live. And so, I see that happening for dogs. What “Dog: Impossible” shows and what THE ZEN DOG method offers is an opportunity for personal transformation, for redemption and for the ability to be seen for who we are, not for what we think we are, not for what we think the dogs are. So, if I operate from that place, that there are no bad dogs, I treat you differently right out of the gate.“ 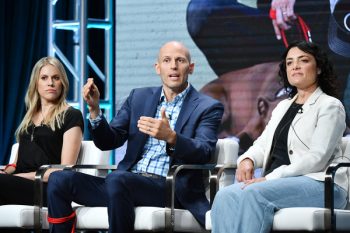 It may seem hard to believe the idea behind ‘no bad dogs’, considering the reports of animal attacks, folks on strolls throughout their neighborhood being victims of excessive barks and growls, or worse, having the pup that is loved and cared for constantly use the restroom inside of the house and eat your underclothes!  However, the work that is done on Dog: Impossible is not only strongly backed and believed by Beisner, but producer Corrina Robbins also proudly vouches for The Dog Trainer. Robbins reveals, “one of the things that as a producer and as a storyteller I will say is the most surprising about Matt’s work is that it really works. So, you enter these stories and every single person who comes in Matt’s door and every single story that we documented of Matt’s work, people are coming in crisis. They’re having a really deeply vulnerable moment. And as a storyteller, I would see some of the first footage and think, there’s no way. And some of the transformations that you’ll see on this show are really truly astounding, and I think that the work that Matt and Stef are doing is changing the lives of humans and dogs.”

But how did this all begin? Where did Beisner receive such understanding of dogs to the point where he has the ability to connect on such a profound level? “I was afraid of dogs until 11 years ago” Beisner admits, “ And I moved in with somebody that had a terrier […] and he was aggressive. And so, in that home, I had to figure out real-time how to change things, and I didn’t know anything. And I began to cultivate what I now understand to be the way of THE ZEN DOG, which is relationship first. How do I meet this dog where it’s at and how do I help it continue to make good choices? And because my own personal redemption came directly in that experience with that dog, the reward I got was more aggressive dogs being sent my way, which meant I just had more growth in store”